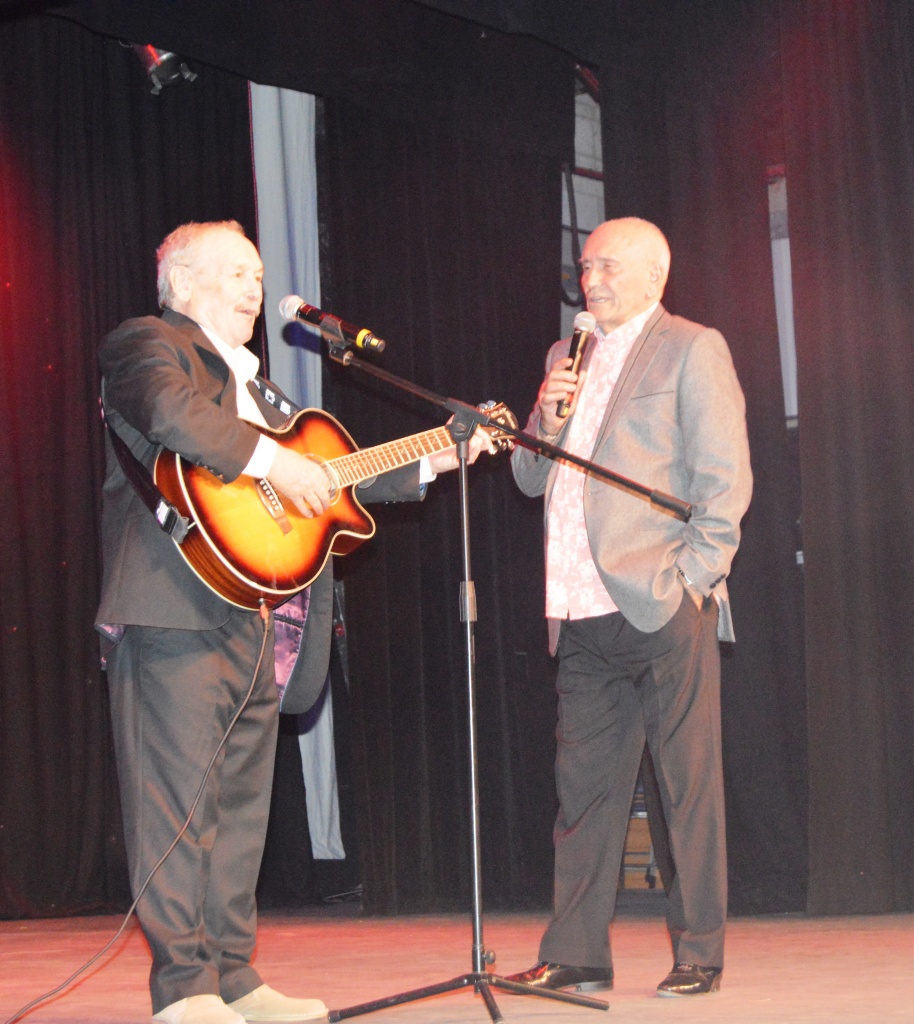 Sell out show Let The Sunshine In, held in aid of Clifton Hospital’s patient garden, wowed the crowd at the Lytham Pavilion last week and raised a mammoth £30,000.

The show was organised by local comic Bobby Ball and his wife Yvonne along with Fylde Borough Councillor Brenda Blackshaw following their involvement in last year’s Dementia Awareness Week events at Clifton Hospital.

Yvonne and Brenda also gathered a wealth of donations and prizes for a raffle and auction to raise funds for the Peace of Mind Appeal, which will help patients living with dementia. The appeal is run by Blackpool Teaching Hospitals’ Blue Skies Hospitals Fund, which is overseeing the garden makeover at Clifton Hospital. 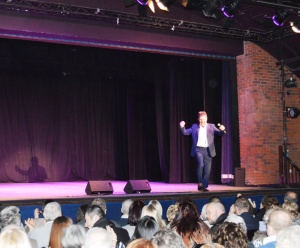 Cannon and Ball were still on top form after 54 years together and had the crowd howling with laughter.

Tommy Cannon, whose mother-in-law lived with dementia, said: “What a fantastic night. £30,000 is a tremendous amount and what a great cause.”

Sally Lindsay, who is an ambassador for the Alzheimer’s Society following the death of her grandmother from the syndrome, said: “This has been one of the best charity nights I have ever done.

“It was emotional, personal, funny and amazing. It was an honour to be here.”

The money was raised through ticket sales, a raffle and auction donations and organisers praised the generosity of local businesses who donated a wealth of prizes.

Brenda Blackshaw said: “Yvonne and I are overwhelmed. The people of the Fylde are amazing.

“We have loved every minute and can’t wait to see the patients’ faces when the garden is complete.”

Head of Service at Clifton Hospital, David Kay, said: “The Clifton garden project was a vision set out many years ago and Phase 1 of the project was completed last year.

“To fund raise for Phase 2 was always going to be difficult to achieve due to the size of the project, but the hard work and dedication of Bobby and Yvonne Ball and Brenda Blackshaw has enabled Phase 2 to become a reality. 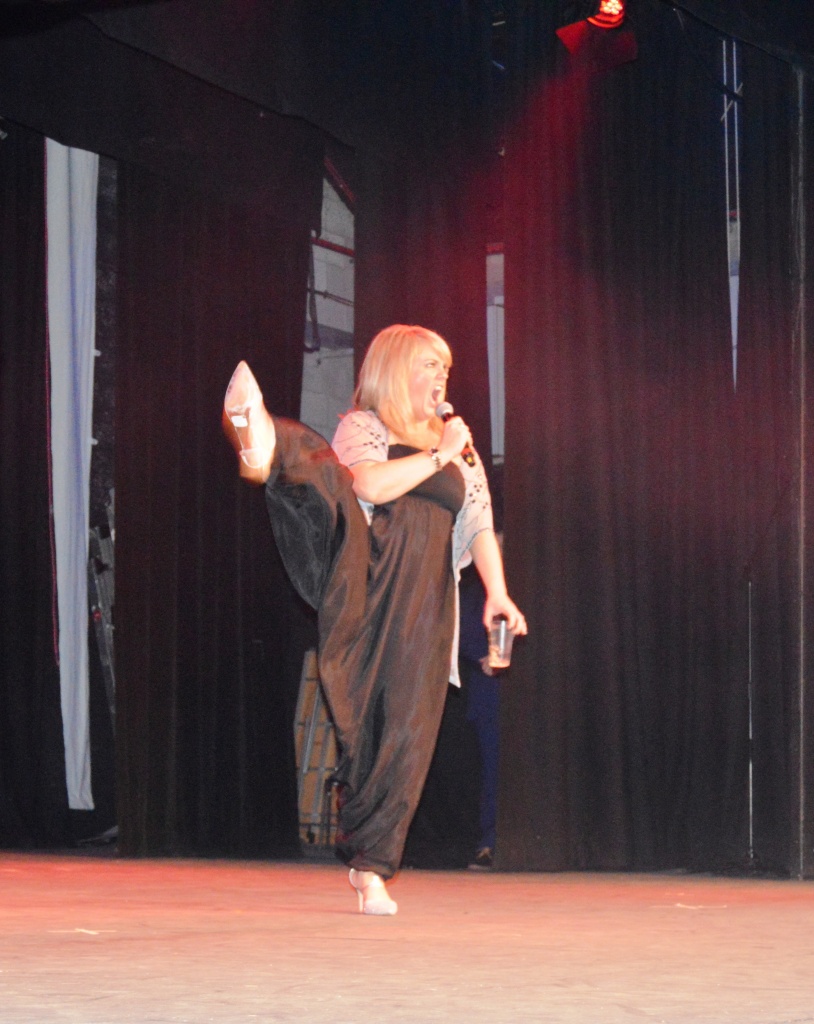 “I am overwhelmed by Yvonne, Bobby’s and Brenda’s support, the support of our local community and all our staff to raise an unbelievable £30,000.”

Interim Head of Fundraising, Ann Hedley, said: “What a fantastic night with such positive feedback. 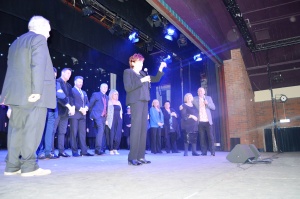 Yvonne Ball thanks everyone involved in the show

We couldn’t do what we do without people like Bobby, Yvonne and Brenda.

“£30,000 is such an amazing amount and it will help patients, staff, volunteers and families both in hospital and in the community.

“We can’t thank them enough.”

Comic Bobby Ball, whose mother lived with Alzheimer’s, added: “I’m so chuffed that everyone has pulled together. They all wanted to get on board and go for it.

“The support from the public has been amazing and we are delighted.” 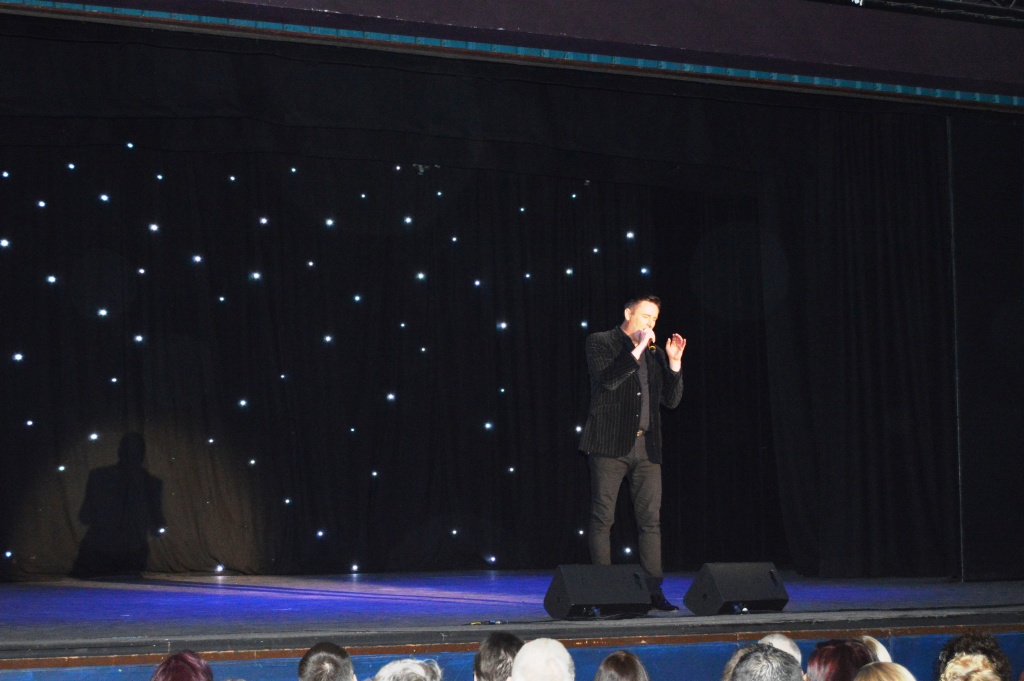