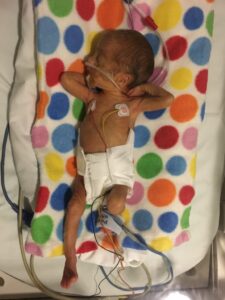 A three-year-old boy is raising money for the Neonatal Unit at Blackpool Victoria Hospital.

Harry Hickson was born 12 weeks premature in the unit and was cared for by a dedicated team who worked with him and his family to support his development and growth.

Harry was on the unit for eight weeks and during that time his family came to grow very close to the team and felt so grateful for the amazing care they received which has inspired Harry to raise funds for the team who helped him so much.

Harry’s mum, Rachael Hickson, said: “Every year we as a family always try and fundraise for the unit to celebrate World Prematurity Day but it seemed right to do something alone and the time seemed right.

“Harry has been really keen to fundraise so he has decided to raise money through walking! He will be walking 20 miles of Ullswater Way in as little time as possible.

“He absolutely loves his walks and is really excited to be helping children who need the support and are poorly on the unit. 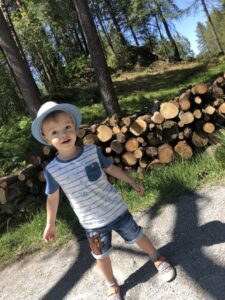 Harry Hickson 2 and a half years

“When we were cared for, the support and love from all the staff was just amazing. They involved us so much in Harry’s care which was so lovely. You really do become part of their family.

“Since he was discharged he has grown so much and we have been very lucky that he hasn’t been back in hospital.

“We have had a little girl since Harry and she was born full term. I think this made us realise how tough it was going through our first experience with Harry and we are so grateful.

“The money going to the Neonatal Unit will hopefully make a big difference to the team and we know that every penny counts. It’s our way of giving back and saying thank you.”

Unit manager, Rosie Milbourn said: “The money raised by Harry will help to go towards the many initiatives the unit has for helping the babies and families.

“Family integrated care is a relatively new initiative that involves all of the family.

“Funding helps to pay for developmental aids for the babies, items promoting comfortable surroundings for the parents, and books and activities for the siblings.

“Without this generosity none of this would be possible.

“The Neonatal team cannot thank Harry and his family enough for their kind contributions towards World Prematurity Day and for the amount of time, hard work and effort Harry will be putting in to this walk. What a star!”