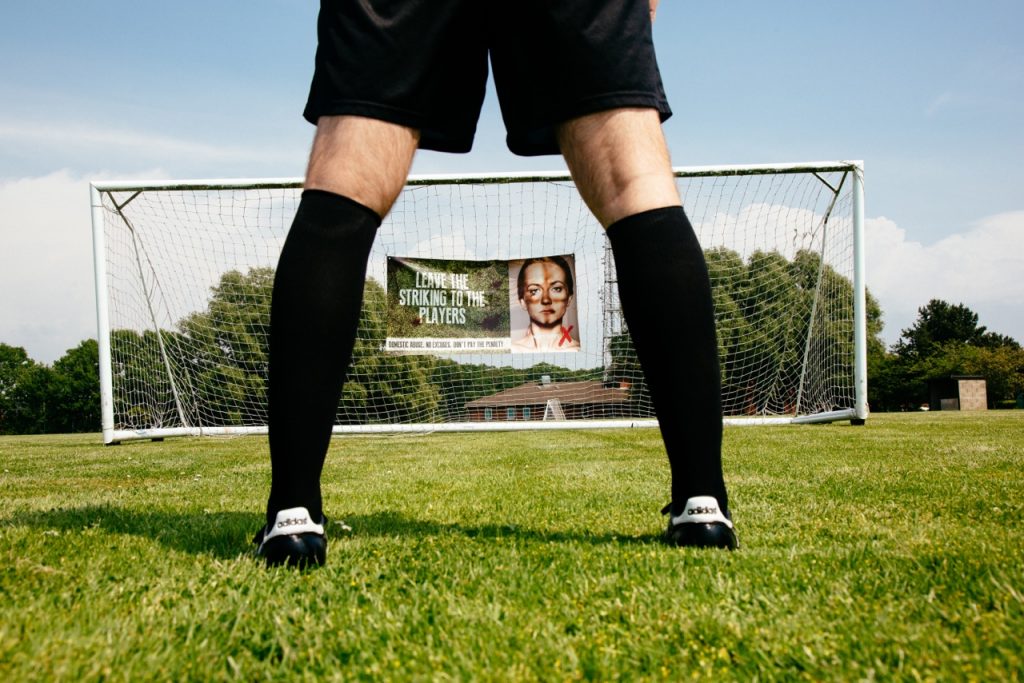 As football fever kicks in, Blackpool Teaching Hospitals, Lancashire Constabulary and the Police and Crime Commissioner, Clive Grunshaw, are urging football fans across the county to enjoy Euro 2016 responsibly.

This summer’s campaign focuses on three key areas where the police often see ‘The Ugly Consequences of the Beautiful Game’ with incidents of domestic abuse, alcohol fuelled violence and drink or drug driving.

In each case, the message to offenders will be clear – there are no excuses. Don’t pay the penalty.

Nationally the reporting of domestic abuse goes up around 25 – 30% during major sporting tournaments, particularly football, and we are urging victims to seek help by ‘blowing the whistle’ and reporting what is happening them. Help and support is available through Lancashire Victim Services.

The police are also warning offenders to ‘leave the striking to the players’ or else pay the penalty for your actions as officers are dedicated to tackling and preventing domestic abuse.

When it comes to watching the game either out in pubs, bars or at home, we want you to take responsibility for yourself, your belongings, your property and drink sensibly. Whilst only a minority of people get involved in alcohol related disorder, our message to you is ‘don’t get into injury time’ and ‘let’s not lose it’ this summer.

Similarly, drink and drug driving is one of the ‘Fatal 4’ that persists in causing death and serious injury on our roads. Don’t be tempted to drive under the influence of drugs or alcohol and find yourself ‘offside’. It can wreck lives, after all ‘getting a red card isn’t the worst that can happen’.

Chief Inspector Gary Crowe, from Lancashire Constabulary, said: “The Euro 2016 football tournament is an exciting event and I’m sure that thousands of fans across the county will be looking forward to it.

“Here in Lancashire we want people to enjoy the competition and for those who want to have a drink as well, we would ask that they drink responsibly and not spoil the event for others.

“Throughout the competition, we naturally expect that there will be plenty of people out and about enjoying the games in pubs and bars as well as in their homes.  With this in mind there will be additional officers on patrol to provide extra visibility and to help ensure that any celebrations pass off peacefully.

“In previous years we have seen the combination of expectations, emotions, warm weather and alcohol consumption result in increased demand on all of the emergency services, often diverting care needed by the most vulnerable in our communities. Take responsibility of yourselves and don’t become a drain on resources.

“We want people to enjoy themselves but expect firm, fair and friendly policing. We are not out to spoil your fun however we will take action if anyone is found to be acting irresponsibly in an anti-social or violent manner.

“The potential ‘Ugly Consequences of the Beautiful Game’ are simply not worth it.” 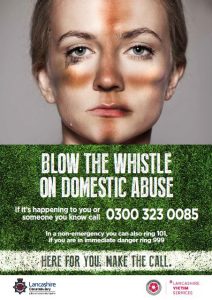 Lancashire Police and Crime Commissioner Clive Grunshaw, who has funded the campaign, said: “Hopefully the Euros will be a time for celebration and I know the vast majority of fans will enjoy it responsibly. But unfortunately, events like this typically see an increase in alcohol-related crime, which is unacceptable.

“Emotions can often run high during major football tournaments but there is no excuse for the drunken violence, domestic abuse and drink or drug driving that is sadly still too common during these events. I would urge anyone who plans on having a drink while watching the match to know their limits.

“Victims of crime can report it to police on 999, 101 or online and free independent support and advice is available from Lancashire Victim Services by calling 0300 323 0085 or visiting www.lancashirevictimservices.org”

Banners will be displayed on prominent roads and buildings across the county highlighting all elements of the campaign, and posters will be appearing in pubs, clubs, workplaces and community buildings.

The campaign will run until Sunday, July 10. Anyone with concerns relating to any aspect of the campaign can contact police on 101 or report it online https://doitonline.lancashire.police.uk/ . If you are in immediate danger, call 999.