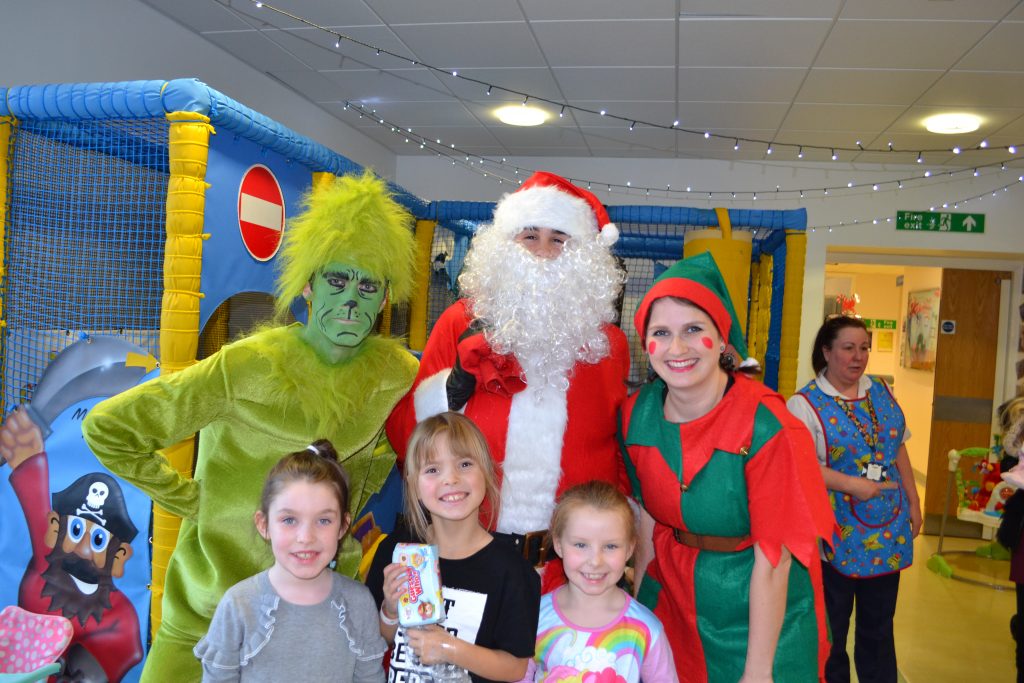 A GROUP of the Trust’s Liverpool students visited the Children’s Ward to bring the festive spirit to youngsters in hospital.

The medical students wanted to bring the Christmas festivities to the Children at Blackpool Victoria and did so by dressing up as an Elf, Father Christmas and the Grinch. They visited the Children’s Ward before they took part in their Christmas markets charity event.

Play specialist, Rosanne Norman, thanked the students. She said: “This is the second year we have had the visit from the medical students which has been fantastic!

“It can be a miserable time for children at this time of year and the students bring smiles to the children’s journey.

“It’s lovely the students think about the children. It’s great for parents to see the smiles it brings to their children”. 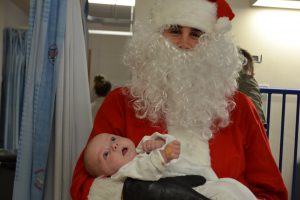 One of the fifth year students, Louise Bamford, said: “It’s lovely to come up to the ward to cheer up the children and do something special.

“I have been working in paediatrics so it has been very rewarding and to give the children something else to think about around Christmas time.”