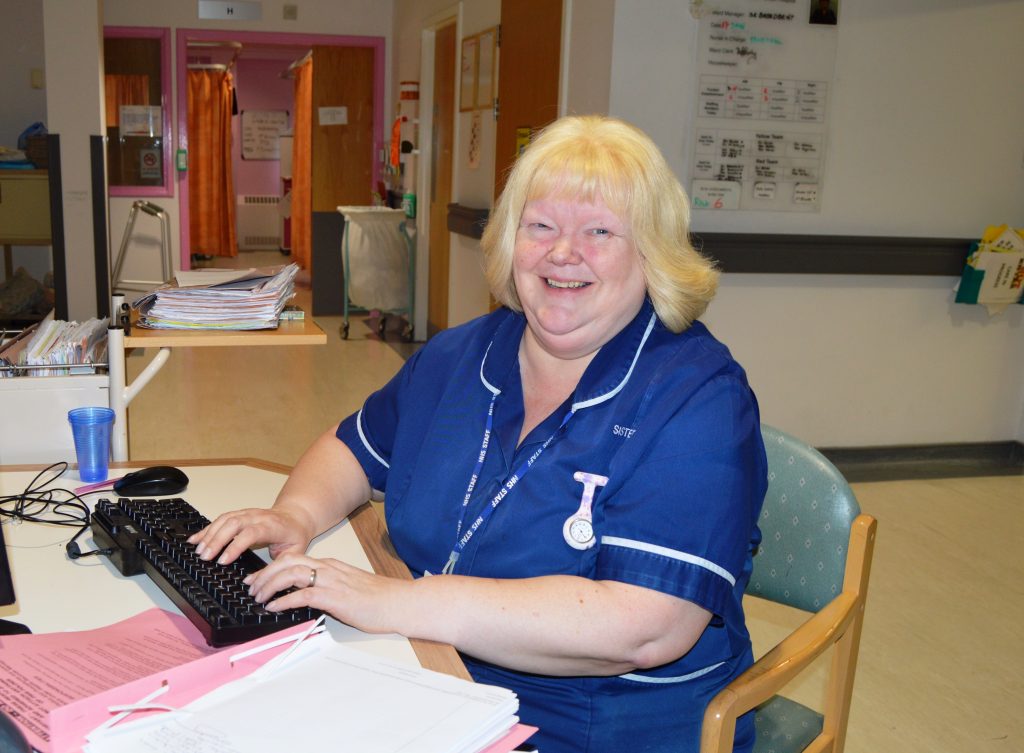 FIGURES recently revealed that more UK nurses are leaving the NHS than are joining.

But there are plenty of nurses employed by Blackpool Teaching Hospitals NHS Foundation Trust that have been nursing since they were teenagers and have no intention of stopping.

Val Gulwell, a sister on Ward 1 at Clifton Hospital, is now in her 41st year of nursing and has worked at Clifton since it opened in 1988 and she has no desire to leave until she retires.

She said: “The best thing about my job is the knowledge that I have helped someone to get well enough to enable them to go home or helped those at the end of their life to die with dignity and without pain.”

Val, whose mum was also a nurse, decided to join the profession as a young girl after being a frequent visitor to her local outpatients department.

Val said: “Starting my career in the Royal Navy gave me a great grounding in health care as we had such a variety of conditions to care for. My ward at the Royal Naval Hospital, Stonehouse, was made up of beds for various departments such as Dental, Gynaecology and Care of the Elderly, the latter I instantly enjoyed.”

Eventually, Val married Paul who she met in the Navy and then had children. In 1987 she ended up moving to be near her mum who lived in Lytham and worked on Ward 19 at Blackpool Victoria Hospital.

The newly built Clifton Hospital, a Care of the Elderly unit, was looking for nurses and Val got a job as a staff nurse. She did 23 years of night shifts before working days.

She said: “Nursing has changed so much over the years. From the uniforms to the paperwork, it’s not anything like when I started all those years ago. But one thing that doesn’t change is her passion for caring for her elderly patients.

Val said: “I treat our patients how I would want myself or a loved one to be treated. I must have helped thousands of people during my career and that gives me enormous job satisfaction. It’s been a privilege to be there for them.”

She added: “If anyone is considering a career in nursing, I’d say the main attributes you need is care and compassion.

“Nursing isn’t glamourous and is hard work, but you meet some wonderful people and make lifetime friends and knowing you have made a positive difference to someone’s life is such a fantastic reward.”