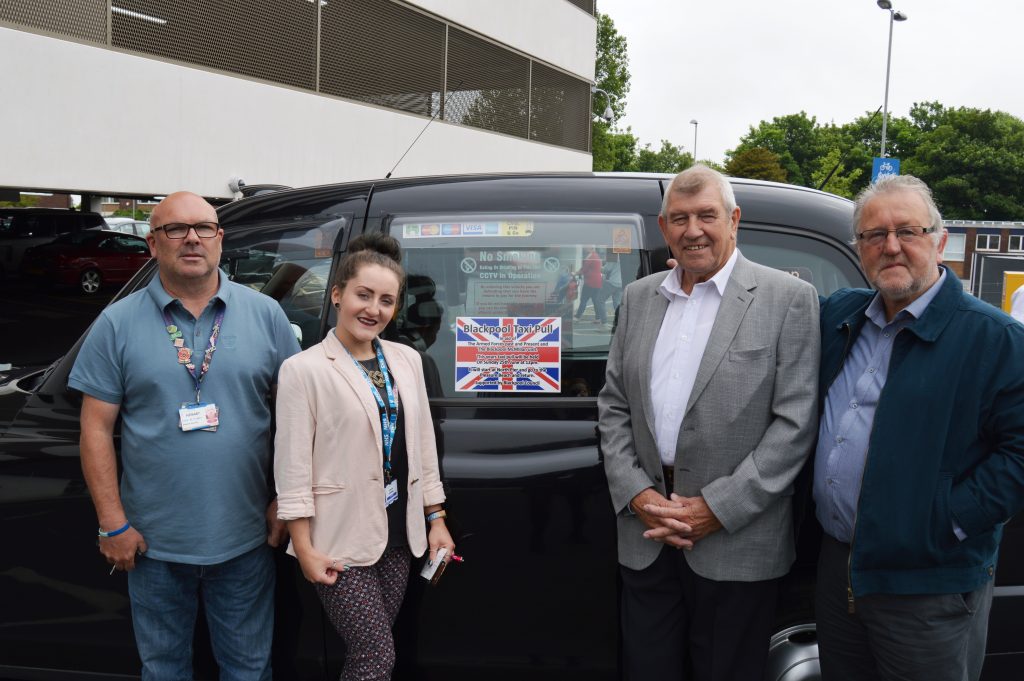 A GROUP of Blackpool taxi drivers are set to pull out all the stops for charity.

Stephen Buckley, Les Hamer and Frank Landini, (members of BLTOA), have once again arranged the event as part of Armed Forces Week.

Over the past 10 years, money raised has traditionally gone to military charities, but was opened up to include the Blue Skies Hospitals Fund for the Macmillan Cancer Unit at Blackpool Victoria Hospital last year.

The Pull involves three red, white and blue Hackney cabs fastened together. Fourteen people push the taxis from the Cenotaph on the Blackpool promenade, down to the Pleasure Beach and they then pull the taxis back up to the Cenotaph.

Taxi Driver Stephen Buckley, one of the founding members of the Pull, has a personal reason for raising money for the Macmillan Unit.

He said: “I have personal connections to the Unit, where my partner was treated, and still remains under their care.

“It is great for us to give something back to a charity which remains close to my heart.”

Les Hamer, a retired taxi driver, said: “In my old age now I won’t be able to push the taxi, but I will be there probably moving the steering wheel!”

Frank Landini, Chairman of BLTOA, said: “Local businesses make donations, and the council advertise the event which is great for us to promote the fundraising.”

The taxi pull will take place on June 25 at 12pm. The event also supported the Royal Marines and the British Legion.