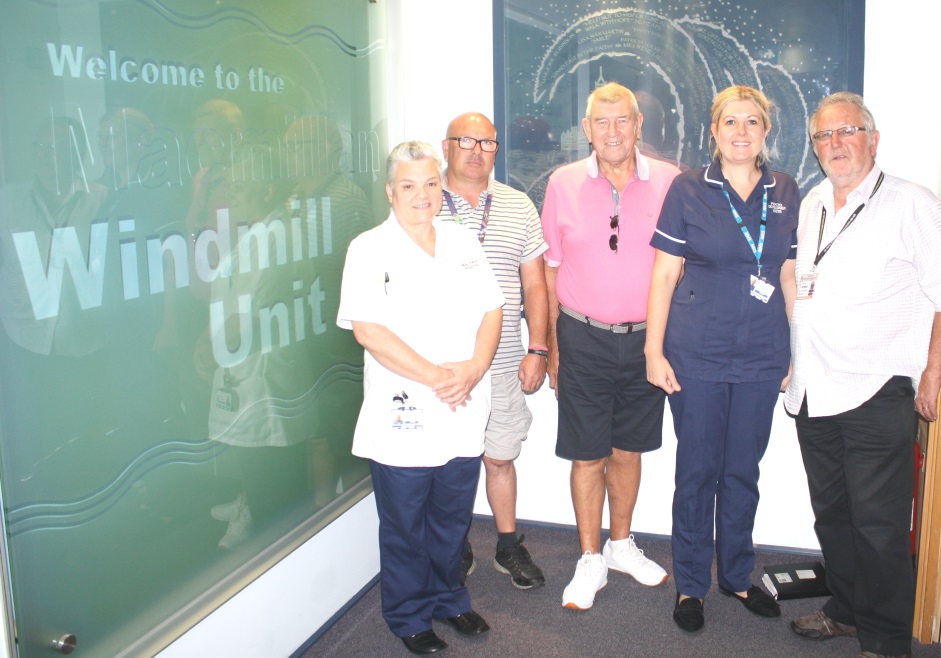 A group of Blackpool taxi drivers have pulled out all the stops for charity.

Members of Blackpool Licensed Taxi Operators Association (BLTOA) raised more than £3,000 with their annual taxi pull in Blackpool in June with the money being split between the Royal Marines Association and the Macmillan Cancer Unit at Blackpool Victoria Hospital

Members of BLTOA Stephen Buckley, Les Hamer and Frank Landini arranged the event as part of Armed Forces Week, with the pull involving three red, white and blue Hackney cabs fastened together and being pulled from the war memorial on the Prom to the Pleasure Beach and back.

Over the past decade, money raised has traditionally gone to military charities but was opened up to include the Blue Skies fund for the Macmillan Cancer Unit at the hospital last year.

Mr Buckley said: “I have personal connections to the unit, where my partner was treated, and still remains under their care. It is great for us to give something back to a charity which remains close to my heart.”

Lauren Codling from Blue Skies Hospitals Fund said: ‘Every year we are blown away by the support of BLTOA and their team as they put so much work into raising money for Blue Skies and the Macmillan Cancer Unit at Blackpool Victoria Hospital.

“They are a fantastic group of people who we are extremely grateful to for their ongoing support and community spirit.’’