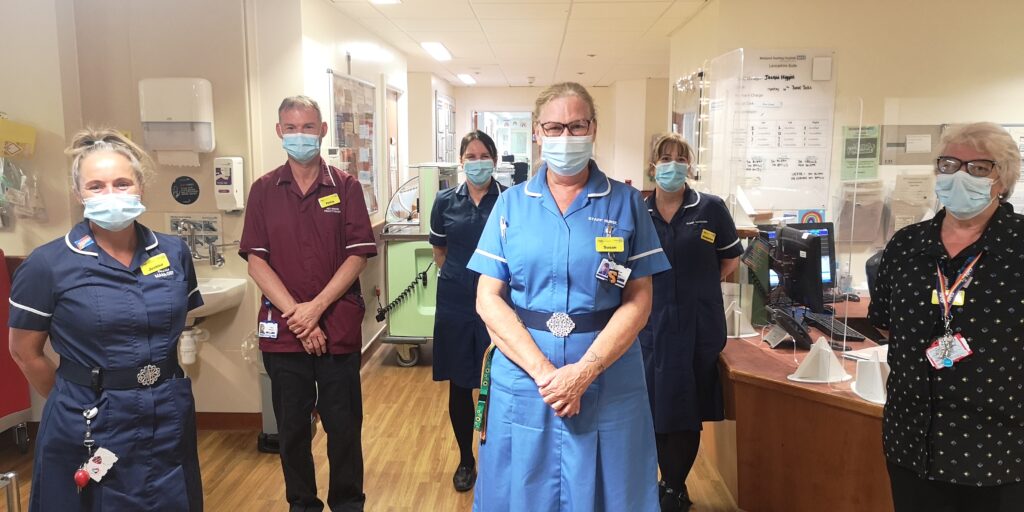 After forty-seven years in the NHS, Susan Skiba, a nurse in the Lancashire Suite at Blackpool Victoria Hospital has retired this week and is set for a life on the road.

After beginning her career as a trainee nurse in 1974, Susan freely admits that life as a young nurse resembled that of a Carry On movie, but her future promises to be more like Thelma and Louise as she plans on driving across Europe with friends in her newly acquired motorhome.

“I’ve got a lot planned, and hopefully Boris, the Prime Minister isn’t too mean to us. I bought a motorhome two years ago for retirement and my best friend who worked at the Trust also retired and the plan was that when we both retired we were both going to do a Thelma and Louise in the motorhome across Europe,” Susan said as she spoke about her plans for the future.

Whilst the prospect of hitting the road across Europe might have to wait a while, Susan is still off on the road almost immediately. She will be visiting Stonehenge this weekend in her motorhome before motoring up to Scotland to complete the NC 500 later in the summer. She’s then got trips to Turkey and Canada to consider before the year is up.

Susan spent much of her career in cardiothoracic wards at Blackpool Victoria, working her way up to being a Sister before taking a step back more recently. In her time at the NHS she has seen huge changes and the development of Blackpool as a centre of excellence in cardiac for the region.

“When I first started we did three pumps a week and we had two cardiothoracic consultants – Mr Glenny and Mr Dewsbury – and they used to operate Monday, Tuesday and Wednesday. Now they do three or four a day, so it has moved on remarkably.

“We went from two tiny, very dilapidated wards down on the annex and then we moved up towards ward 10 and developed a bit more and then we came over here and it is just amazing. I have been here 15 years since the building has been opened.”

A popular and memorable character on the wards, Susan will take with her many memories and remain in touch with lots of friends and colleagues, and when asked what she will miss about her time in the NHS, she has one word, the patients.

“When you are out there with the patients, because a lot of years I was behind the desk and I miss that patient contact. But getting back on the floor again and having that patient contact and you get some patients and you build a rapport with them which is nice, and they never forget you. That is lovely and it is all part of it, and you get that sense of reward.”