It’s not every day that a superhero turns up to brighten your day, so when they do they’re bound to turn heads.

That’s what happened when Captain America, Iron Man, Spiderman and Alice in Wonderland arrived at Blackpool Victoria Hospital to bring presents to children who are being treated there. 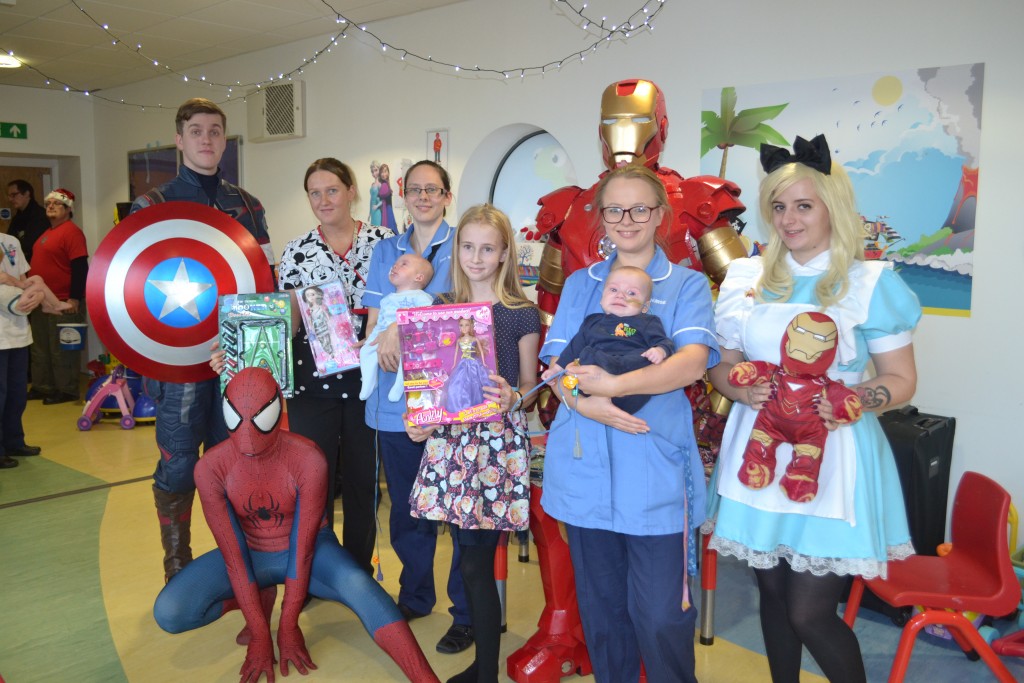 Charlie Cartwright, as Iron Man, brings some joy to children and staff at Blackpool Victoria Hospital with friends Spiderman, Captain America and Alice in Wonderland.

The visit was organised by Charlie Cartwright, of C Sparks Industries Costumers and Cosplayers Guild, who has recently been cared for by staff at the hospital after suffering a serious lung and chest condition.

Charlie, 46, said: “In November last year I suffered a tension pneumothorax and I passed away and had to be brought back to life by doctors. It happened twice more since then and in September I came back to hospital to have surgery.

“If it wasn’t for the doctors and nurses at Blackpool Victoria Hospital I wouldn’t be here, so I wanted to give something back as a way of saying thank you.

“I started C Sparks Industries in April this year, and decided I would dress up with some friends and bring some cheer to the children while delivering presents in time for Christmas.”

Charlie and his comrades brought a selection of toys which had been donated by Paul Jelly, owner of Playtime Toyshop on Amy Johnson Way, Blackpool. He also made a donation to Blue Skies Hospitals Fund, the charity for Blackpool Teaching Hospitals NHS Foundation Trust.