In an era when respiratory illnesses are gaining plenty of negative coverage across global and national media outlets, the burgeoning Cystic Fibrosis team at Blackpool Teaching Hospitals is celebrating a major success in its treatment of patients.

Led by Dr Tarek Saba, the CF team at the Trust has made significant improvements to patient’s lives with the introduction of a new drug, which has been described as life-changing by those who have received the treatment.

Cystic Fibrosis (CFTR) modulators work by tackling the underlying cause of CF, rather than managing the symptoms and though these treatments have been around for a decade, it is only in the last 18 months that the third wave of modulators have been developed to be effective on most CF patients.

“In a course of two weeks lung function doubles, the cough disappears, breathing is much better, they start to put on weight and eat better, have less nausea and sickness. This is a game changer, and is life changing for the patients.”

One of those patients, for whom the CF modulators has had a huge impact, is 34-year-old Rob Dixon, who prior to treatment lived a typical CF life of avoiding environments where the harmful germs were most likely to gather, which for a teacher, might be considered quite tricky!

Rob spent much of 2020 shielding in lockdown to avoid the Covid-19 virus, but it was during this difficult and lonely time that he was finally offered hope, as the drug was first licensed in the UK, but more importantly the government agreed to pay for it.

“The date is burned on my brain. 30th of June 2020 was the announcement that we’ve struck a deal,” Rob says of the day that thousands of CF sufferers had wanted to hear.

After enduring a three month wait to 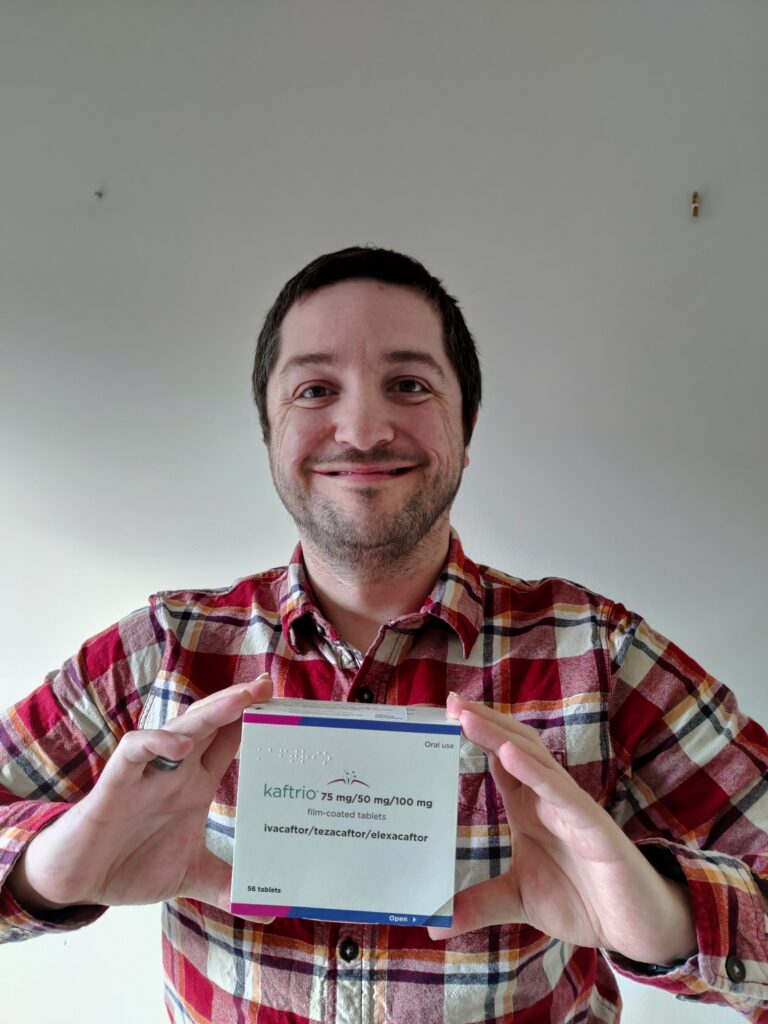 become eligible for the drug himself, Rob admits that 9 October is a date he celebrates more importantly than his actual birthday.

“It really does give me a second lease of life, my outlook is so much better. My actual quality of life has just skyrocketed.

“A day before I took the drugs, my FEV (lung function test) was at 45 per cent compared to a typical non-CF person, just three days later it was 80 per cent. It was absolutely mind blowing.

“I know some people have side-effects, but one of my side-effects was quite positive. People have told me that my voice has changed, because I am not coughing so much, whereas previously I sounded like someone who smoked 20 cigarettes a day.”

A great success story for the Trust, but most importantly for those who have to live with CF Rob is keen to pay tribute to those at BTH who helped him on his journey.

He said: “I suppose the pharmacist at Blackpool got the nice part in telling me I was eligible for modulators. I spoke to some of the CF team there and they joked that these drugs are going to put them out of a job.

“It’s great that they see me like this, as they have had to see and deal with the worst of this illness as well. They know how big a deal this is.”