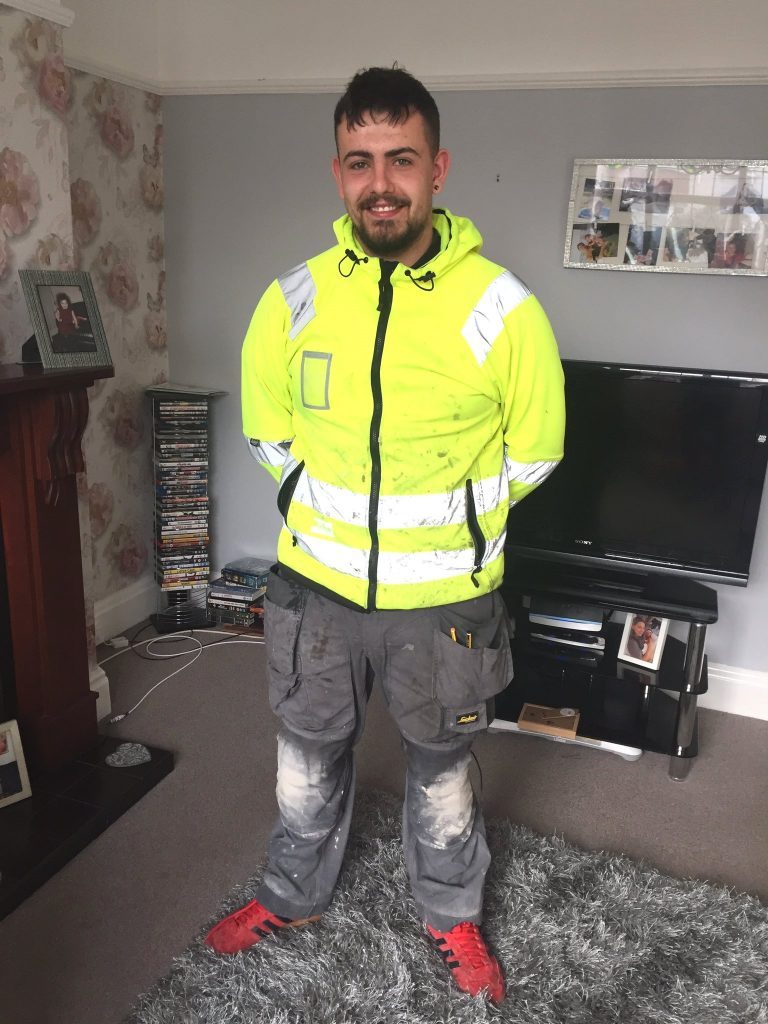 A BLACKPOOL man who suffered a stroke at the age of just 24 has spoken about his condition.

Luke Whitehead is ready to share his story about the stroke he encountered in August 2017 in order to change misconceptions and raise awareness of the condition.

Luke, a plumber, from Blackpool, wants more people to know about the causes and how to prevent a stroke occurring.

He said: “I was at home with my family and I had just woken up from a ‘night out with some friends. As I stood up, I realised straight away that something was wrong I just didn’t feel right.

“I immediately became very dizzy and I collapsed. I was rushed to the Emergency Department at Blackpool Victoria Hospital”.

Luke had experienced an ‘ischaemic stroke’, a blockage cutting off the blood supply to the brain. Luke was admitted to intensive care, then after a short period of time, to the Stroke Unit.

It was explained to Luke that the stroke had been caused from a prolonged seizure due to cocaine found in his body. He then spent two weeks on the Stroke Unit before being discharged.

Luke said: “I know that my use of cocaine is the reason why I had my stroke and this has had a huge impact on my lifestyle choices and my determination to share my story with others.

“When I woke up in hospital I couldn’t move my right side. My right arm was affected the most and my speech had also massively deteriorated.

“I really struggled coming to terms with what had happened and I was very emotional at this time. It was so hard to get my head around this.

“The staff on the Stroke Unit were amazing. I was in such a state of shock and they made my experience the best they could. Everything felt surreal and the psychological affects I had were huge.

“I felt I didn’t belong in hospital, in particular on the Stroke Unit. I always thought this was a place for older people who are ill and I never thought I would end up there.

“My children, Mille and Rose, inspired me to practice my exercises and movement to enhance my recovery as quickly as I could.

“My life has changed massively due to drugs and I want people to understand the effects they can have on you and your loved ones.

“I suffered from mental health problems -mainly depression, and I have come so far from where I was mentally. I no longer rely on drugs or antidepressants which is so important.

“I would really like to thank everyone who has helped me through my journey. My thoughts are particularly with my Grandad, Jack. He died from a heart attack at a young age, and I had my stroke on the anniversary of his death. I feel he gave me a message about how my own health can have on loved ones around me. 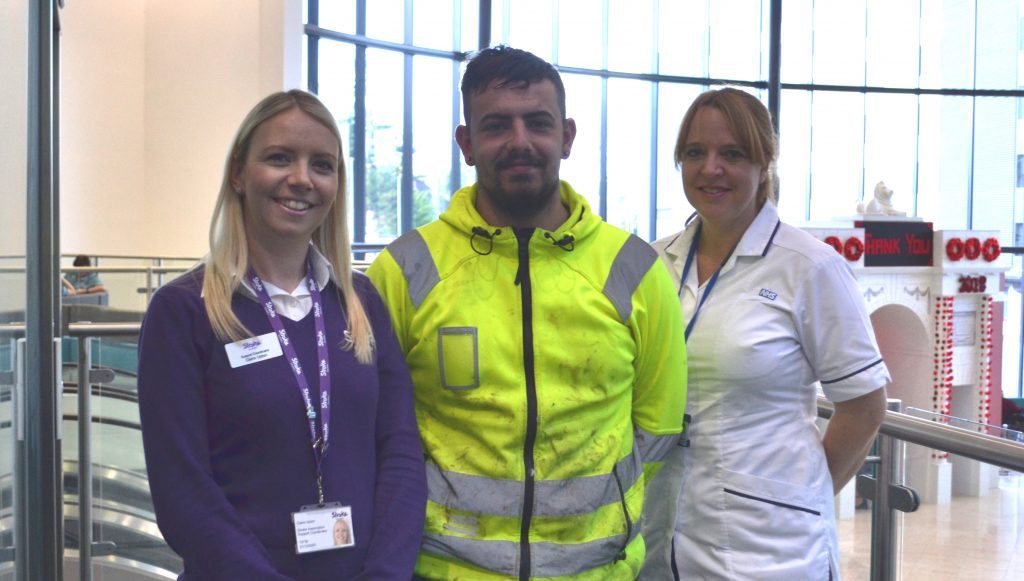 Luke continued with physiotherapy in the community when he left hospital where his rehabilitation was supported by the neuro-physiotherapy service. Anita Cahalin, a specialist neuro-physiotherapist, supports patients’ recovery following stroke and works to enhance their recovery of movement and function.

She said: “All strokes are different and this means that all recoveries are different. We have to optimise each individual needs in order to get a patient’s life back to the best it can be.

“Luke’s recovery has been phenomenal, considering the significant stroke he had. We have worked very hard and encouraged him to practice movements and tasks in-between sessions.

“The recovery process for a stroke patient is very demanding and time-consuming. The patient has to work very hard and I am so proud of Luke for what he has achieved.

“Stroke rehabilitation is nothing like mending a broken bone. It takes time and involves a huge amount of motivation.

“Luke was very down at times and setting goals was important in order to improve his outlook. He is still improving and so far his recovery has been incredible”.

Claire Upton, stroke support coordinator for the Stroke Association, supports patients in Fylde and Wyre. She has supported Luke throughout his recovery as soon as he was discharged from hospital.

Claire said: “The Stroke Association is part of the stroke pathway and supports patients with their emotional care, an assessment of their needs, as well as providing education and better understanding of strokes.

“After patients are discharged from the Stroke Unit at Blackpool Victoria Hospital, they are referred to us for follow up in the community. Our support is not time limited.

“We are now finding younger patients are having strokes. Across the UK, 10-15% of all strokes occur in patients under the age of 45, with 25% of all strokes affecting people of working age (people under 65). However this figure rises to 40% in Blackpool.

“Luke’s story does change misconceptions around strokes. People tend to think that strokes only happen to older people, when in fact Luke is the second youngest patient I have worked with who had a stroke. The youngest was 21.

“Luke has been an amazing patient to help. His stroke was severe and he has had such a rollercoaster of a journey. It has been great to see him come so far in his recovery and we are delighted to see that he has managed to return to work as a plumber.

“Stroke awareness is so important as stroke is the biggest cause of adult disability. We want to raise awareness to educate people on the causes and how to prevent a stroke.”

Luke thanked all the support he has received through his journey. Especially to his partner, Anna, and to Claire and Anita.

Recreational drugs have found to significantly include blood pressure. Cocaine causes the coronary arteries to constrict, raising blood pressure and reducing the blood supply to the heart.

During the first hour after taking cocaine, the risk of a heart attack increases by nearly 24 times.

Cocaine, whether taken by snorting, smoking or injection is the recreational drug that can most commonly cause a stroke.