Patients, carers, members of the public and NHS workers nominated staff who had gone above and beyond the call of duty to care for patients and their families.

The glittering awards ceremony was held in the Empress Ballroom 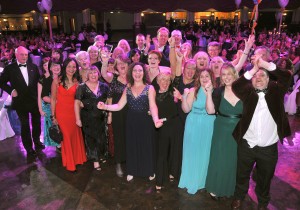 at the Winter Gardens in Blackpool on Friday, November 6.

Nearly 350 nominations were made for teams and individuals working on the Fylde coast, North Lancashire and South Cumbria – a record year for the Trust.

The entire event was funded thanks to the generosity of sponsors and supporters.

The highly coveted Gazette’s Patients’ Award was won by staff on Ward 15B at Blackpool Victoria Hospital.

They were nominated more than 20 times by grateful patients who described them as kind, caring, professional, polite, helpful, friendly, compassionate, lovely and fantastic.

Winners of the other categories were:

Gary Doherty, Chief Executive said: “I have been overwhelmed by the quality and quantity of applications received. It is humbling to read reports of the care and expertise our staff give to the patients both in the acute hospital and in the community. I have seen so much great work and talent across the Trust.