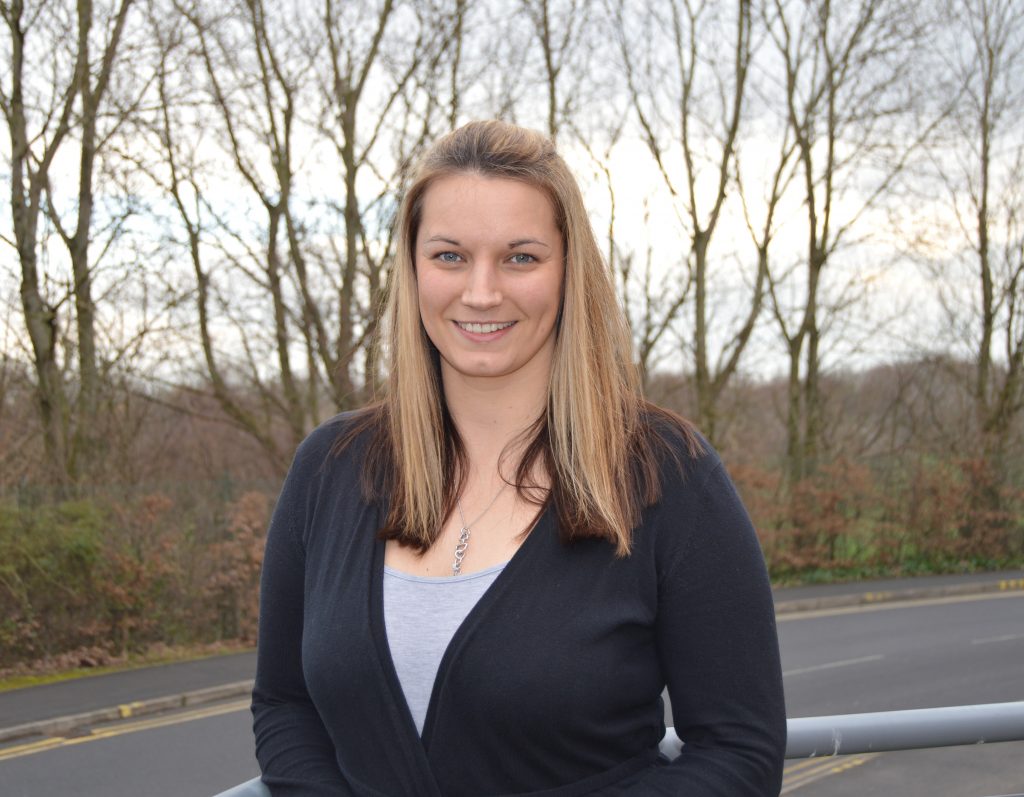 Victims of domestic abuse can now access specialised support when they are in hospital or if they are working within the health service.

This is the first time the Trust has had a health IDVA working solely with victims of domestic abuse and the post is funded by the Lancashire Police and Crime Commissioner’s office. Blackpool Teaching Hospitals and Fylde Coast Women’s Aid are working in partnership to deliver this service.

Stacey, 29, who worked as an Immediate Response Officer in Blackpool for the last seven years, says the new role is proving to be a success and to date she has been able to offer support to more than 80 people affected by domestic abuse within the Trust. This number is gradually increasing as awareness of the service grows.

Stacey said: “I am very passionate about this new position.

“So far, the victims I have seen in the hospital have ranged in age from 18 to 89. I have seen women and men from a variety of backgrounds.

“During my time with the police I became aware of just how prevalent abuse is in this area and became increasingly interested in the support available for domestic abuse victims.

“At the hospital I am available for all patients coming through A&E, maternity, long stay wards and any other person who has cause to visit the hospital for any amount of time.

“I am also available to staff who have lived with, or who are living with, domestic abuse. It is important to recognise that not all abuse will create visible injuries as domestic abuse does not always involve physical violence and often the emotional abuse and coercive control can be equally as devastating.

“If a patient is experiencing domestic abuse or has disclosed some information I will go to see them. Staff and patients can contact me directly as I’m on site from Monday to Friday.

“I also receive referrals to see patients who have attended hospital overnight or at weekends and I will endeavour to contact them safely and as soon as possible. I will follow them up if they have been discharged from hospital and back in the community.”

The Home Office definition of domestic abuse is: “Any incident of controlling, coercive, threatening behaviour, violence or abuse between those aged 16 or over who are, or have been intimate partners or family members regardless of gender or sexuality. The abuse can encompass but is not limited to psychological, physical, sexual, financial and emotional.”

Stacey explained that domestic abuse affects people of all ages and all backgrounds.  The current national average is one in four women and one in six men will experience domestic abuse at some point in their lives.

Stacey’s colleague, Emma O’Kane, a Safeguarding Adults Nurse Practitioner for the Trust, said: “Statistically there is a real need to have an IDVA in a hospital setting.” 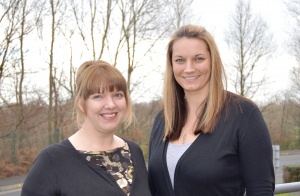 And the statistics are particularly shocking.

The cost of domestic abuse to health services in the UK is £1.73 billion per year and mental health costs due to domestic abuse are estimated at £176 million.

Each year in the UK an estimated 1.9 million people suffer some form of domestic abuse and every year more than 100,000 British adults are at high and imminent risk of being murdered with more than 130,000 children living in these homes.

The British Crime survey found that four out of five victims of domestic abuse don’t tell the police. The crime survey also found that 51,355 NHS staff members are likely to have experienced domestic abuse in the last 12 months. This breaks down as 44,825 women and 6,530 men.

Nine out of 10 victims reported improvements in safety following an intervention by a hospital IDVA.

Stacey believes a health IDVA working alongside all other supporting agencies can make a huge difference to the lives of people experiencing abuse across Blackpool Wyre and Fylde.

In Blackpool domestic abuse remains a significant challenge. The latest strategic assessment states that domestic abuse accounts for 31% of all Blackpool’s violent crime and 10% of all crime and on average there are approximately 14 domestic abuse incidents reported to police per day in Blackpool which is 2.7 times the Lancashire average.

However, a large amount of domestic abuse still goes unreported or unrecognised and having an IDVA available within the trust provides the opportunity for early intervention, advice and support within a place of safety.

Stacey explained: “Initially I will listen to the victim, their feelings and their wishes and most importantly I do not judge. That is the one thing that my clients most want.

“We go through detailed risk assessments to identify any risks as each case is so individual and unique. I also offer training to staff on risk assessments so that they feel comfortable completing it.

“If there is a high risk case, we will refer the case to the local Multi Agency Risk Assessment Conference (MARAC) which takes place every two weeks in Blackpool.

“Professionals from all services, for example police, education, health and housing, meet up to discuss high risk cases and to put a plan in place to protect the referred person and their family.”

In addition to this, Stacey supports victims through the criminal justice system if they choose to report domestic abuse to the police.

She said: “I can also assist in arranging civil orders and can support victims in civil court with things such as applications for non-molestation orders, occupation orders and prohibited steps to protect any children involved

“We can arrange to secure the victim’s property if they need to get locks changed and so on.”

Stacey can also arrange for refuge through Fylde Coast Women’s Aid and further afield if the victim wants to flee from the situation.

She said: “Sometimes my client’s don’t want to leave the relationship or simply aren’t ready to, but in these circumstances I will discuss safety planning and at least we can let them know that there is help available and that they have someone to turn to without judgement and somewhere safe to go if they ever need to.

“Fylde Coast Women’s Aid has a helpline that is staffed until 9.30pm seven days a week. Iin case of emergency, the police can be contacted 24/7.”

Stacey said she has had several referrals so far from Trust staff: “I’m working with quite a few members of staff at present.

“As I’m independent, staff can approach me without having to go through their manager and they can seek advice in confidence. There are approximately 6,000 members of staff within the Trust, so statistically a large number of them will be personally affected in some way by domestic abuse.

“I can offer a safe place away from their home life where they can seek help and advice, fitting around their working shift pattern.

“The Trust has a really strong domestic abuse policy in place that has been set up by the Safeguarding Team.

“There is also an established campaign called ‘You don’t Seem Yourself’ to help staff recognise colleagues who may be suffering domestic abuse. My clients can sometimes find it easier to talk to an IDVA like me instead of the police as they often do not want the perpetrator to be arrested or for them to get a criminal conviction.”

Stacey took up the new post in September 2016 and it is initially being funded for 12 months. The Trust hopes this will be extended so that victims can continue to be supported.

Stacey added: “It is really forward-thinking of the Trust to be supporting this.”