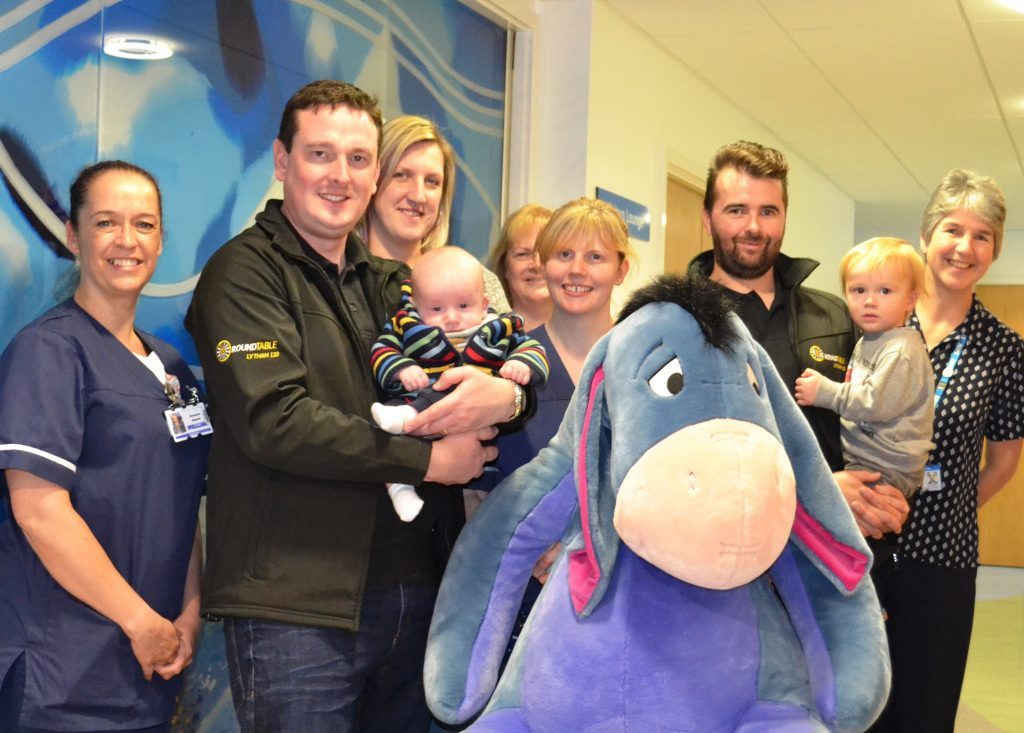 TWO dads were so overwhelmed by the care their new-born babies received at Blackpool Victoria Hospital’s Neonatal Unit that they were determined to do something to give back to the staff who had done so much for them.

Richard Darby and Tim Lee are both members of Lytham Round Table and the group chose to donate the proceeds of its 80th Charter Night raffle to the Unit.

“My son, Jack, was born six weeks premature and was brought to Neonates. The care he and my wife, Lisa, received was absolutely fantastic,” said Richard, chairman of Lytham Round Table.

“Nothing was too much trouble. The staff were extremely kind at such a worrying time,” added Richard, from Poulton. “We were looked after very well and all staff were friendly and reassuring. They were always there when you needed someone to talk to.”

Tim, a dad of three from Ansdell, said his son Lucas had received the best care possible when he was born on the unit in January 2017.

“I knew Lucas and my wife, Jen, were in the best possible hands and both were being very well looked after,” Tim explained.

Richard said both he and Tim wanted to repay the kindness and care their families had received and were pleased to be able to help through their Round Table connection.

“All the members were delighted to raise money for this cause and really dug deep to help,” Richard added.

The group raised £600 for the Neonatal Unit and both dads, along with their sons, presented a cheque to the ward to be used to fund equipment for premature and sick babies.

Neonatal Lead Nurse, Catherine Nash said: “We are really grateful for the donation which will help families and babies who use our care.

“This is a great start to our fundraising push for World Prematurity Day. We are always humbled and delighted when parents recognise the work we do by raising money to help us ensure the best possible patient care.”