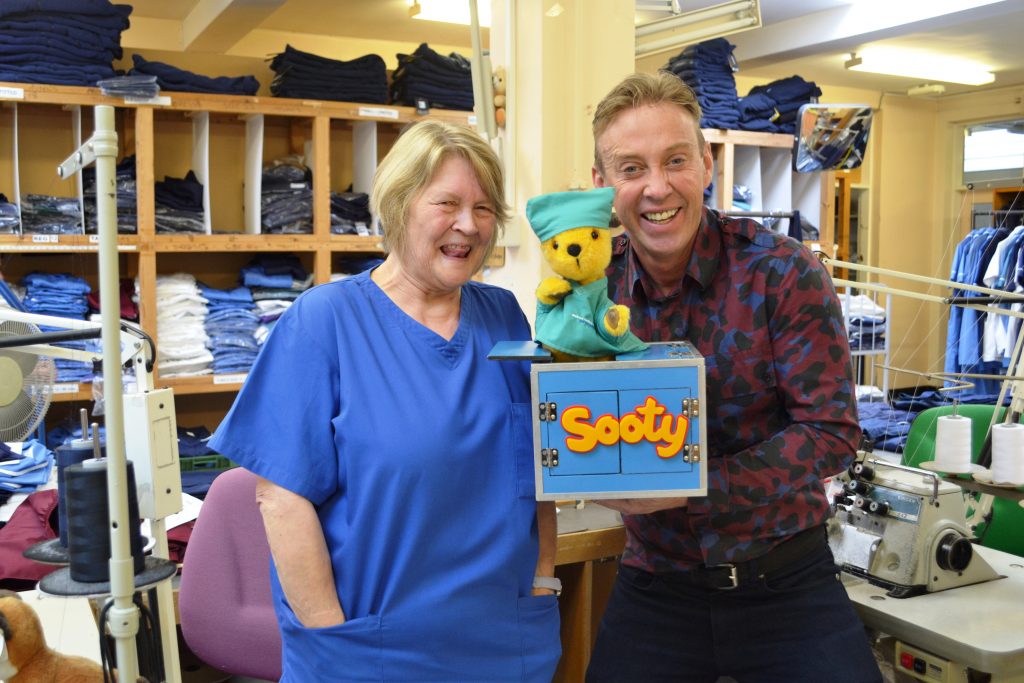 Fifty years after making toy Sootys for manufacturer Chad Valley, a Blackpool hospital seamstress has made a special outfit for the original famous bear.

And, in a quirk of fate, 50 years later, Denise, who works at Blackpool Victoria Hospital, was asked to make green medical scrubs for the real Sooty as both he and the NHS celebrate their 70th birthday this July.

Denise said: “Sewing toy Sootys together was my first ever job when I lived in Telford.

“I would sew together the pre-cut pieces before they went on to have the eyes and noses put on and the head stuffed.

“It’s amazing that all these years later, I am making an outfit for the actual Sooty and it’s been a real treat to meet him and Richard.”

Richard Cadell, Sooty’s owner and television presenter, was very impressed with the miniature scrubs which even had the Trust logo embroidered onto them. 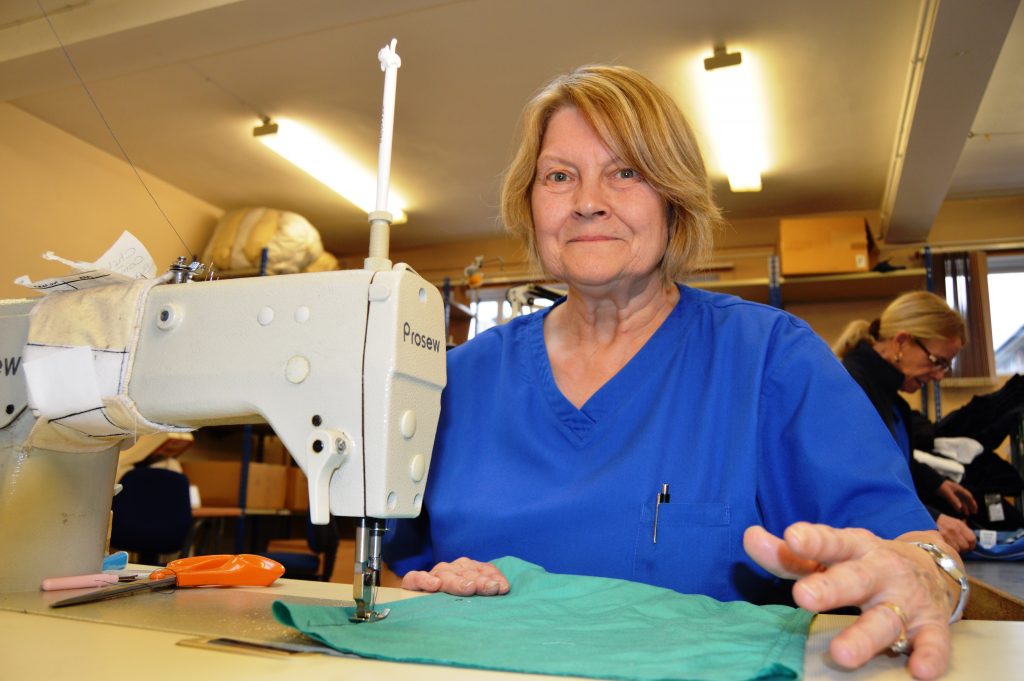 Denise at her sewing machine

He said: “It was lovely to meet the lady that made the special scrubs for Sooty, which cannot have been easy just from measurements on an email.

“What a wonderful co-incidence that Denise made Sooty toys all those years ago and has now met him in person in Sooty’s 70th anniversary year,” Richard added.

“It was great to be able to bring Sooty to support the NHS especially in his home town of Blackpool, and wish them a happy birthday. Huge thanks to Denise and the linen department.” 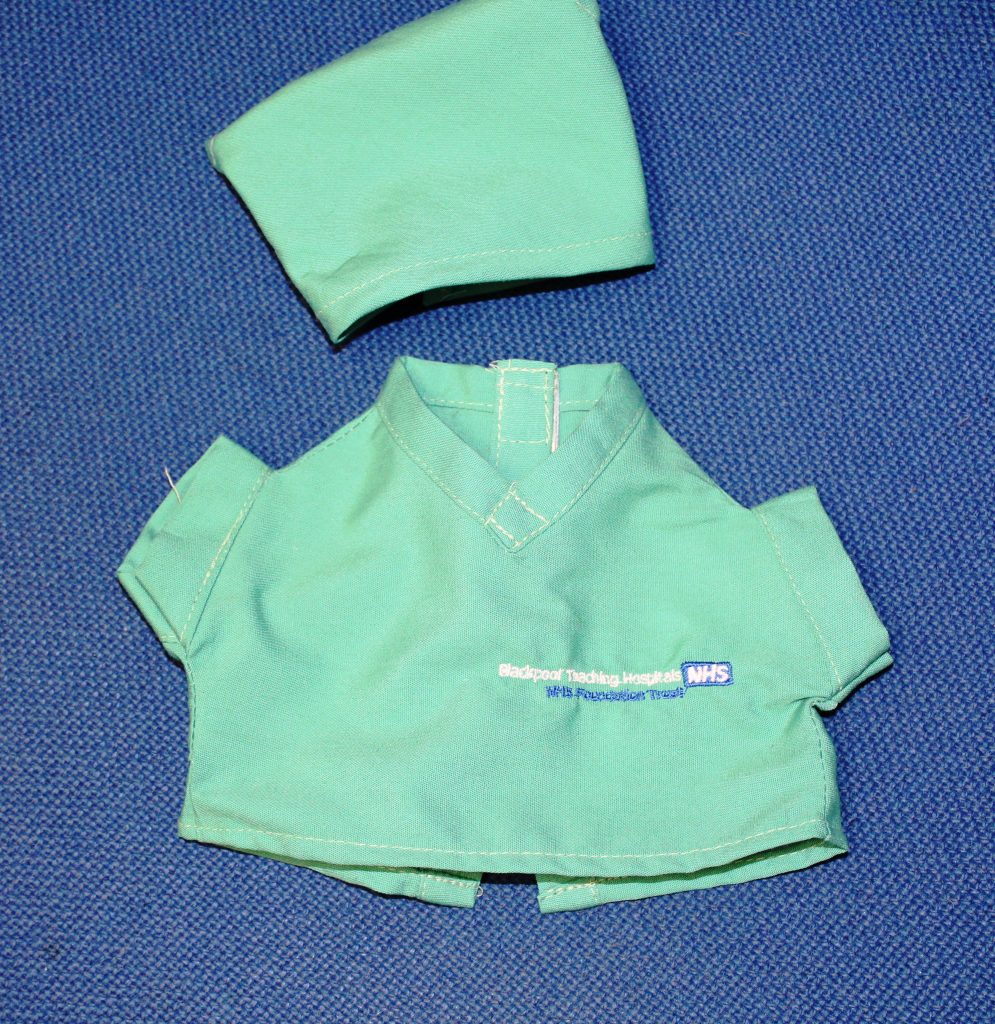 Sooty’s special scrubs made for the NHS70 campaign