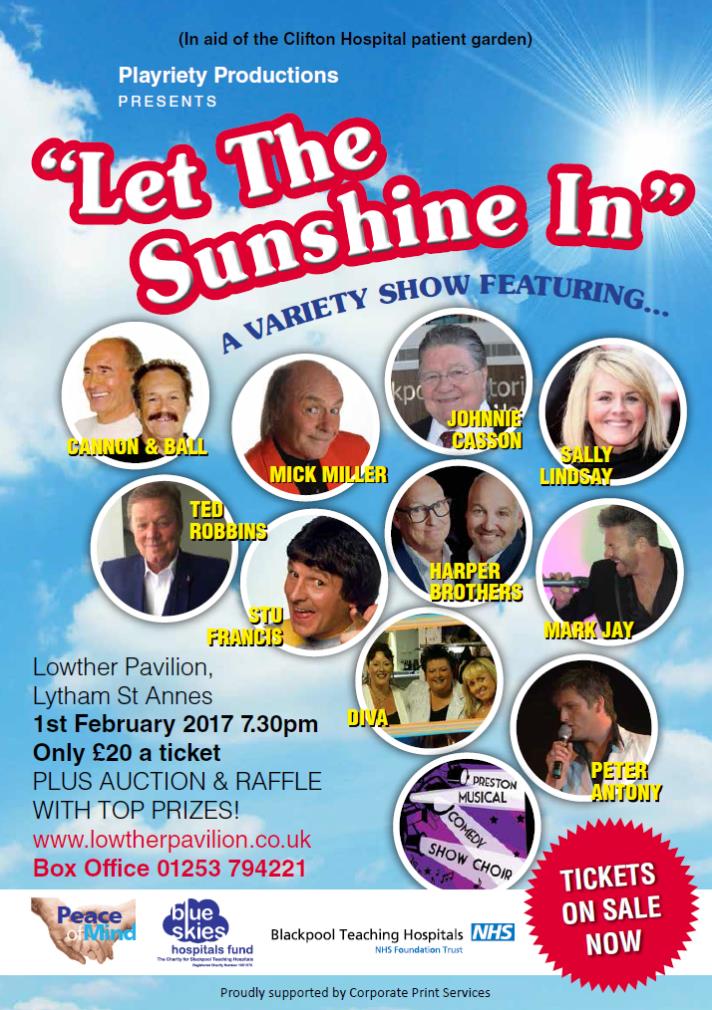 The variety show put together in aid of Clifton Hospital’s patient garden has sold out!

Arranged by comedian Bobby Ball, tickets went on sale in autumn and have sold out two months before the performance.

Following a visit during this year’s Dementia Awareness Week at Clifton hospital, Bobby, half of comic duo Cannon and Ball, decided to put together a variety show in order to raise funds for upgrading the patient garden.

Bobby said:  “We have sold out and we are very excited to be doing the show at Lowther Pavilion for people living with dementia. We would like to thank everyone for supporting us.”

Chair of Lowther Pavilion, Tim Lince, said: “It is great news for the Clifton Hospital that this show has sold out so fast, and is a testament to the hard work of Brenda Blackshaw and Yvonne Ball for all their hard work in promoting the event.

“We often get shows selling out well in advance, especially when it features such well-loved names as Cannon and Ball, Ted Robbins, Johnnie Casson and more. Our auditorium only seats 450, so we do advise to book in advance to avoid disappointment”

Bobby’s wife Yvonne and Fylde Borough Councillor Brenda Blackshaw are also hoping to raise even more funds by selling raffle tickets for some fantastic prizes. Details of where to buy will be posted on Clifton Hospital’s Twitter account @CliftonHospital.