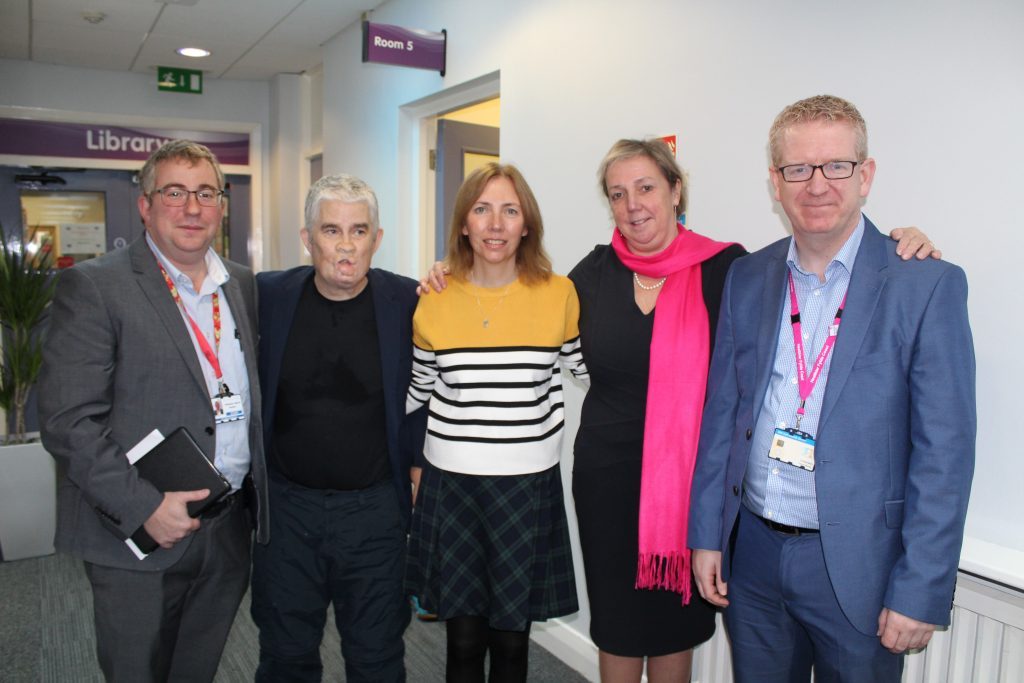 THE couple behind a best selling book and film that focused on their emotional journey of surviving sepsis have given an emotional talk to healthcare workers across the Fylde coast.

Tom Ray, who had his lower arms and lower legs amputated and also suffered severe damage to his face after contracting sepsis in 1999, visited Blackpool Victoria Hospital with his wife Nicola to speak about their experience of the condition which strikes about 150,000 people in the UK each year and claims 44,000 lives.

As well as countless TV appearances, Tom and Nicola’s story was made into a critically-acclaimed 2016 film called ‘Starfish’ and been published as a book of the same name.

While knowledge of sepsis has “definitely improved” in the years since he was taken ill, Tom said one of his biggest concerns was that NHS staff were not always able to take the swift action required to halt it in its tracks.

He said: “There’s a real problem beyond just disseminating the information and making people well aware of it and that is in the ability of nurses and other clinicians to react quickly.

“We’re talking about a car crash here. I was left for 12 hours without treatment and by the end of that period my whole body had turned black. My hands and feet went black and then died.

“If that treatment isn’t given within that six to 12 hour window you’re looking at amputation or death.

“When I was in hospital the doctors gave me the impression that I was a one off – that this thing that had happened to me, which they called pneumococcal septicaemia in those days – didn’t happen to anybody and that’s why they weren’t able to spot the signs and symptoms.

“It turns out it is actually one of the most common causes of major illness prevalent in hospitals today,” he said.

Tom’s wife Nicola said: “The over-arching message we want everybody to leave with is that, when they have a sick person in front of them and they are not entirely sure what is going on, they just have to ask themselves: ‘could it be sepsis?’

“If they do suspect it is sepsis, then the quicker you start antibiotics, oxygen and fluids then the greater the chances are that you can halt it.

“It doesn’t require massive intervention, but it does need to be done as quickly as possible.” 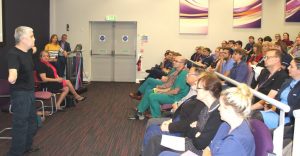 Professor Morris Gordon, Quality Strategy Lead, from Blackpool Teaching Hospitals NHS Foundation Trust, said: “The idea of this event was to put a different light on the topic of sepsis.

“As healthcare professionals we sometimes focus on pathways and targets but days like this show just what sepsis means to individuals and humanises the issue and there was a real tone of admiration and respect from everyone in the room for what Tom and Nicola have achieved.

“Tom said 44,000 deaths a year through sepsis cannot be right and we must put ourselves in a position where we think that every one of those deaths is preventable and we can’t rest until we do that.’’

The management of Sepsis is one of the first conditions that will be reviewed as part of a Fylde Coast Clinical Pathway Group that will see a full range of health and social care professionals and their organisations working together, alongside patient and public partners to develop full condition-specific pathways that cover all care settings (primary, community and acute).

This work is part of a the ‘Fylde Coast Integrated Care Partnership (ICP)’ known as ‘Healthier Fylde Coast’ bringing NHS and council organisations together to improve health and care.