The Emergency Village team held a summit this week to discuss a variety of topics ahead of the new Same Day Emergency Care (SDEC) currently being built and due to open in August 2022.

Held at the Village Hotel, guests and speakers came from across the Trust and across the country with the NHS England and NHS Improvement national SDEC team inputting regularly to the proceedings.

Blackpool Teaching Hospitals NHS Foundation Trust will meet this requirement in a phased manner with a programme of Phase 1 works that began in September 2021.

There is currently an interim medical SDEC in modular building at the Whinpark 2 car park with the interim surgical SDEC in Ward 18. These arrangements which will stay in place until the Critical Care building, which is currently under construction, is ready for operation in August 2022. It will then become a medical and surgical Same Day Emergency Care and will operate with a new combined SDEC.

The day was opened by Medical Director, Dr Jim Gardner, who commented that the summit was being held to empower everyone in the room and how amazing it is to think of what the Trust are going to create in the space. 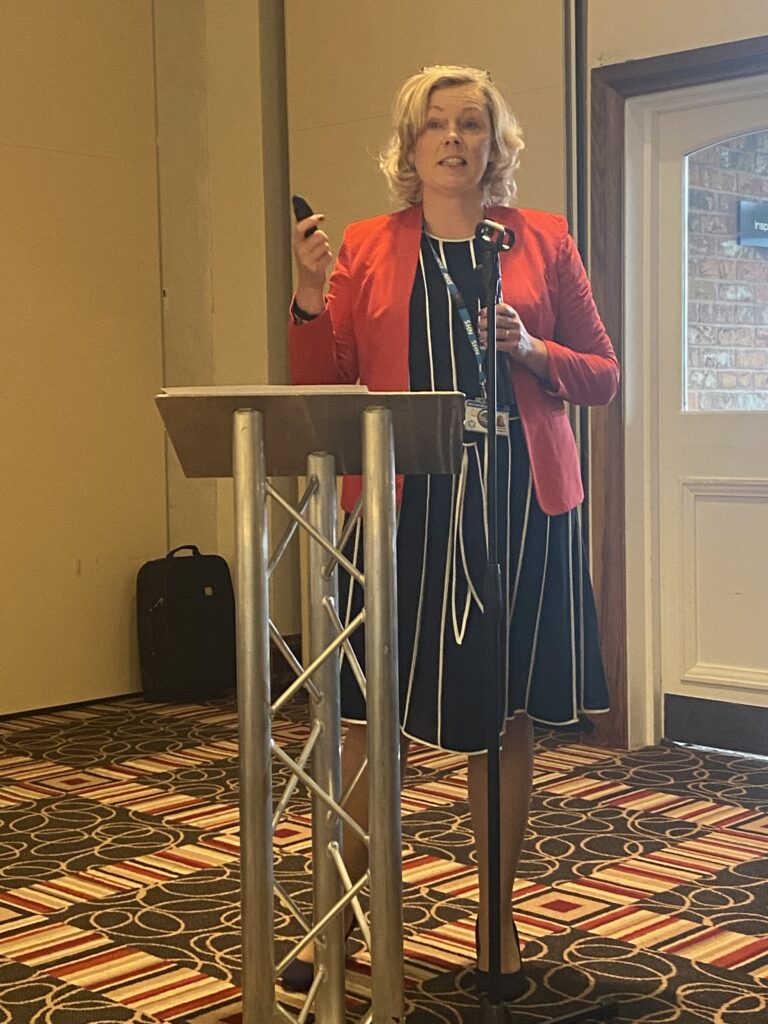 Chief Executive, Trish Armstrong-Child recounted that when she was looking at the CEO job at Blackpool, the fact that they were in the middle of a 25m build of an Emergency Village really excited her. She said: “(the Summit) is about opportunity for us to think a bit deeper than just a building.”

Lynda Brazier, Interim Head of Hospitals introduced the national direction of SDEC by explaining her team’s role responsible for helping improve care for patients and provide leadership and support to the wider NHS and providers. The Hospitals Programme sits in the Urgent and Emergency Care Directorate is a transformation programme responsible for the delivery of the Same Day Emergency Care including frailty.

Adam Bunning, Acting Deputy Head of Hospitals Programme, posed the question: What is Same Day Emergency Care? He showed a new video explaining the role of SDEC which can be viewed here: https://www.youtube.com/watch?v=rokhVD_1XSE

Adam highlighted the SDEC clinical definition: ‘Same Day Emergency Care allows specialists, where possible, to care for patients within in the same day of arrival as an alternative to hospital admission, removing delays for patients requiring further investigation and/or treatment.’ Adam also highlighted that the most difficult step to creating a successful SDEC is the systematic shift and how consistent leadership is key.

Emergency Department Clinical Lead for the Emergency Village and Critical Care development, Dr Adeline Israel, described the Blackpool journey so far. Starting in 2018 with a bid to improve emergency care, which was later refined and resulted in another successful bid for government funding which allowed the building work to be brought forward. The Full Business case was granted earlier this year. Despite Covid, the Emergency Village and Critical Care project team delivered a larger waiting room, new minors area and improved reception space in 2021. In partnership with Lancashire and South Cumbria Foundation Trust, a Mental Health Urgent Assessment Centre was also opened this year which streams mental health patients from the Emergency Department (ED).

She said: “From the beginning, we said this would be clinically led because it is about the patients and it’s about the staff. SDEC is a game changer.”

As part of Dr Israel’s presentation, guests also heard from Dr Harriet Preston, a palliative care doctor who described how 95% of patients in their last year of life have visited out of hours care at least once. End of Life patients can avoid ED as they actually do not need to be there and can in fact bypass the department altogether and go straight to the ward. Identifying end of life patients in the ED is the key and if colleagues know they are arriving, even better.

The group then heard from Dr Fiona Wisiniacki, National Clinical Lead, same Day Emergency Care Including Acute Frailty about the principles in designing an acute frailty model, which is part of the Emergency Village plans. This was followed by a brainstorming session in teams of four, on a model for acute frailty. 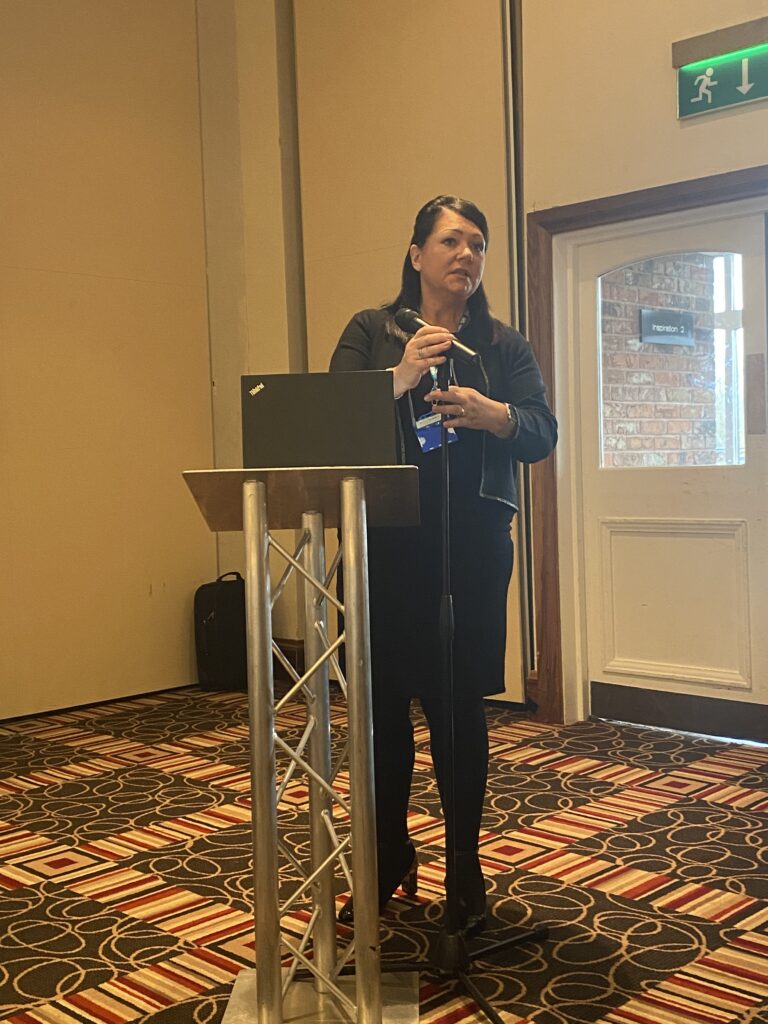 Dr Tom Hughes, National Clinical Lead Same Day Emergency Care, spoke about clinical pathways and their need to be simple and their ability to deliver the same level of care across the country. He shared some invaluable insights about admission avoidance and reminded colleagues to treat the patient and not the pathway.

Programme Manager Sade Matakitoga spoke about maximising access into Same Day Emergency Care and highlighted a 10 point plan which is currently happening and is well developed in some areas of the country.

Another crucial part of SDEC is understanding counting and coding SDEC to extract evidence-based data as described by Programme Manager, Sarah Fellows. The need to fully capture data is paramount in order to track progress and adjust systems is necessary.

Colleagues then had the chance to pose questions to the panel made up from members of the Emergency Village team, the team from NHSE/I and Trust executives. We learned from project manager, Clare Boyd, that the build is currently two weeks ahead of schedule.

Divisional Operations Director – Emergency and Medicine, Dr Bethan Graf, described some ways of how a combined SDEC workforce could work. She suggested recruiting International Medical Graduates for this piece of work. Other resources can include Allied Health Professionals.

Following another brainstorm session on the benefits of a combined assessment unit as part of a new model of care and combined workforce model, Lynda Brazier rounded up feedback and explained the next steps for the SDEC programme. The day ended with some final thoughts from Medical Director, Dr Jim Gardner. 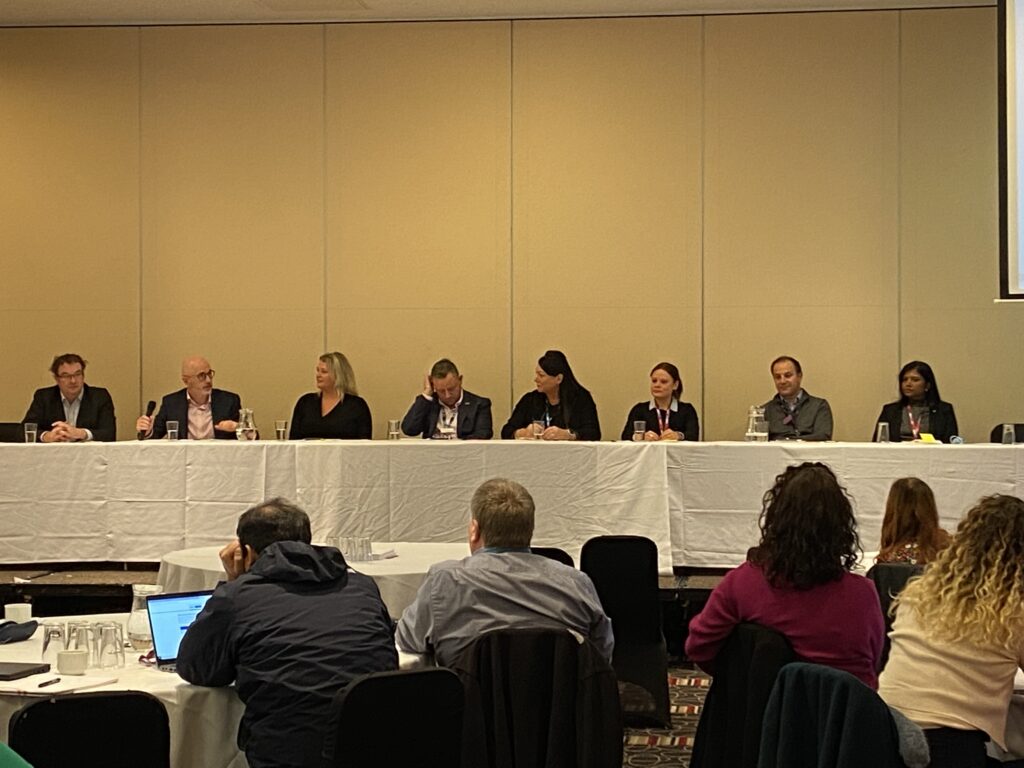 The panel from the Emergency Village team and the national teams held a Q&A session with the attendees.

A 3D flythrough of the new SDEC department can be viewed at: https://www.youtube.com/watch?v=oBLHp8OYF58