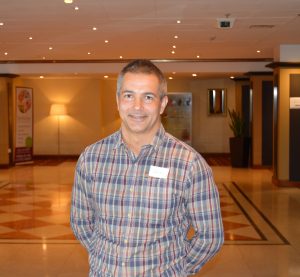 Jason Bottomley from Cleveleys who is recovering from cancer

A special event for patients and carers was held to help improve cancer services on the Fylde coast.

Patients described how they thought services could be developed over the next few years at the World Café Listening Event at The Hilton hotel in Blackpool on July 11.

Jason Bottomley, 45, a former primary school teacher from Cleveleys who is recovering from cancer, said: “I had a very good experience of treatment so I wanted to put over something positive at the event.

“It was good to hear what other people thought. I think it’s important to remain positive when you have cancer. 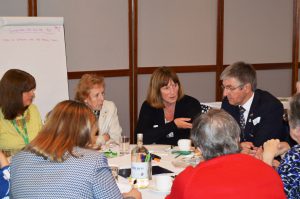 A discussion group at the event

“I have been lucky because it was curable. Everything has been good for me. I found a lump. The next day I went to the doctors and was sent for scans. I was told I had testicular cancer. On the second week my tumour was removed.

“It came back in my stomach. I never felt very ill or that I was going to die – even when it came back.

“I am good now. A week after I finished treatment I went straight back to the gym. I took control of everything.” 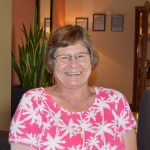 Ruth Boardman, 64, from Carleton, who has survived cancer and is one of the founders of the Hint of Pink cancer support charity in Blackpool, said: “It has been interesting to hear other people’s views on the topics we were asked to discuss.

“I felt a lot of positive things came out of it. It will be nice to see how they go about trying to implement our ideas.

“I think it would be a good idea to have a ‘buddy system’ because some people commented about how lonely they felt. This is where you get paired up with someone who has been through it. It’s nice to be able to talk to someone who understands what you’re going through. My ‘buddy’ is my friend Rena Shanahan. We bounce ideas off each other.

“At the event we also spoke about where to put information about support groups, clinics and services.”

Phil McIntyre, 73, a patient from Blackpool, said: “The event has been excellent.

“In the group I was in, some people had received good treatment and others said they’d had a bad experience. 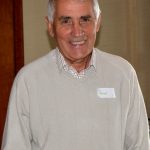 “Everyone has a different experience of cancer but there are a lot of commonalities. Fatigue is something experienced by a lot of people with cancer. People can share their experiences of what works for them.

“The event was also good because it was for carers as well. Hopefully we can all look at what is working and share it with others.

“I’m on the Fylde Coast Cancer Patients’ Sub Group that the Trust and the CCGs are involved with. I have had lymphoma since 1997 and I ran a support group for people with cancer for 16 years.

“When I finished work I worked for about eight years for the Lymphoma Association.

“I also became a tutor for self-management courses. It was for people with any long term condition. I have also delivered training for Macmillan to show people there is life after cancer. I just wanted to help others.

“I cope with my cancer very well. The Haematology Department at Blackpool Victoria Hospital is second to none.”

The event on July 11 followed on from a similar event in September where patients and carers said what they needed in terms of care and services.

Feedback from the September event was presented to participants at the World Café event. 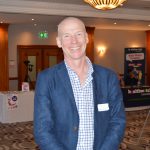 Jez Such, Macmillan Development Manager for Lancashire, South Cumbria and the Isle of Man, said: “It’s fantastic that we have this opportunity to engage with people affected by cancer and to make sure that what they have to say is at the heart of our attempts to improve cancer services.

“The World Café event is building on the success of the event in September. That event identified what people’s experiences of cancer were and what people thought were the key things about what they had experienced.

“Three key themes were identified at the first event. They were information and support, having someone to talk to and money related issues.

“At the last event people told us these were very important issues for them.”

He added: “The post holder will put a lot time and energy into gathering patients’ views and help to develop services.

“They will make sure that patients can give their views around all care that is provided locally. We want patients to know that we are trying to do with them not to them.

“Macmillan is keen to engage with organisations such as Blackpool Teaching Hospitals and Fylde and Wyre and Blackpool CCGs to work on the co-production of services.

“We’re at the forefront of improvements in cancer services. It’s great that the Trust and CCGs are focusing on improving care.” 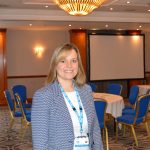 During the event Jessica Jones, Macmillan Cancer Transform Lead at Blackpool Teaching Hospitals, gave a presentation on her role. Katie Rimmer from Fylde and Wyre CCG gave an update on the Fylde Coast Cancer Strategy and Tracy Whitfield, also Fylde and Wyre CCG, spoke about issues raised at September’s event.

Jessica Jones said: “I thought it was a fabulous opportunity to share information with patients about what we are doing to improve services.

“It was good to hear things from the patients and carers’ perspectives on how we can make improvements.

“The good news is that more people are now surviving cancer. We want to help people to live better with and beyond cancer.

“We also want to let people know where to get the information and support they need to live a healthier life.”

Christine Sharples, Health Professional Engagement Officer for Cancer Research UK who was a facilitator at the event, said: “It was good to get the perspective of the service users at the event. 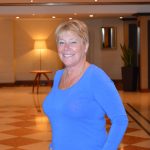 “As health professionals we can sometimes tend to think we know what people want but it can turn out to be very different.

“One of the big things that came out of the event was the importance of having someone to talk to; of someone else being out there. There are plenty of helplines but they’re not always available 24 hours a day.

“Another thing that came up was lack of continuity of care. People like to have a named person they can contact to discuss things. People also said they would like more control over their own information such as having a hand-held patient record.

“Some very good ideas have come out of the event including how services can be adapted. It has also provided people with an opportunity to say how their journey has been for them.”

Following on from the World Café event, a list of issues that matter to people affected by cancer will be compiled. The information will influence how future services are planned. The feedback will also be used to help complement the Fylde Coast Cancer Strategy. 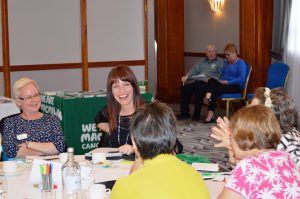 Katie Rimmer (centre) with one of the discussion groups

For more information on the Fylde Coast Cancer Patients’ Sub Group and how you can get involved, contact Fylde and Wyre Clinical Commissioning Group via email at Tracy.Whitfield@fyldeandwyreccg.nhs.uk