Karen has been an ex-smoker now since the 1st September 2021. 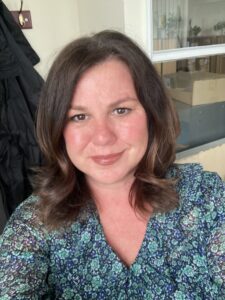 Before the programme, Karen had smoked for 37 years and was starting to feel the effects this had on her body, including tightness when breathing deeply.

When she was offered the chance to quit the habit with support from the Blackpool NHS Tobacco Addiction Service, she knew it was time.

Once Karen had decided to take the plunge and quit smoking, she got in touch with the team at the NHS and was asked to pick a ‘quitting date’ within a fortnight from the call.

She says that having the ability to ‘pre-plan’ this and not be expected to quit on the spot was an integral part of her decision and helped her feel in control of her stopping smoking journey.

Once a quit date date was set, as well as weekly phone appointments, Karen received a package of nicotine patches through the post, hassle-free, tailored to her individual needs concerning strength, and was given the option between gum and lozenges.

Now over 3 months smoke free, Karen, of course, has experienced those pesky cravings but has felt that making day-to-day habitual changes such as not having a cigarette in the morning but actually filling that time with a different activity, has helped to keep the temptation at bay.

Alongside these changes, Karen has found the nicotine gum to be the best tool to stop cravings, taking just a minute to get rid of the feeling of needing a cigarette.

After completing the 12-week programme, Karen has set herself a new challenge. She wants to hit the 1-year mark as a non-smoker and this is her drive during any moments of potential weakness. She says that those first 12 weeks made such a difference with non-pressured telephone support every week coming at exactly the right time for her.

After spending a long time using the excuse of being a smoker to avoid really trying to get fit, Karen is feeling much healthier within herself and is looking forward to joining the company walking club at work.

Achievements and opportunities like this, coupled with of course the ever-increasing price of cigarettes means that despite a challenging few months, Karen hasn’t looked back.

In fact, she freely admits that the biggest regret she has about the whole journey is not doing it sooner.