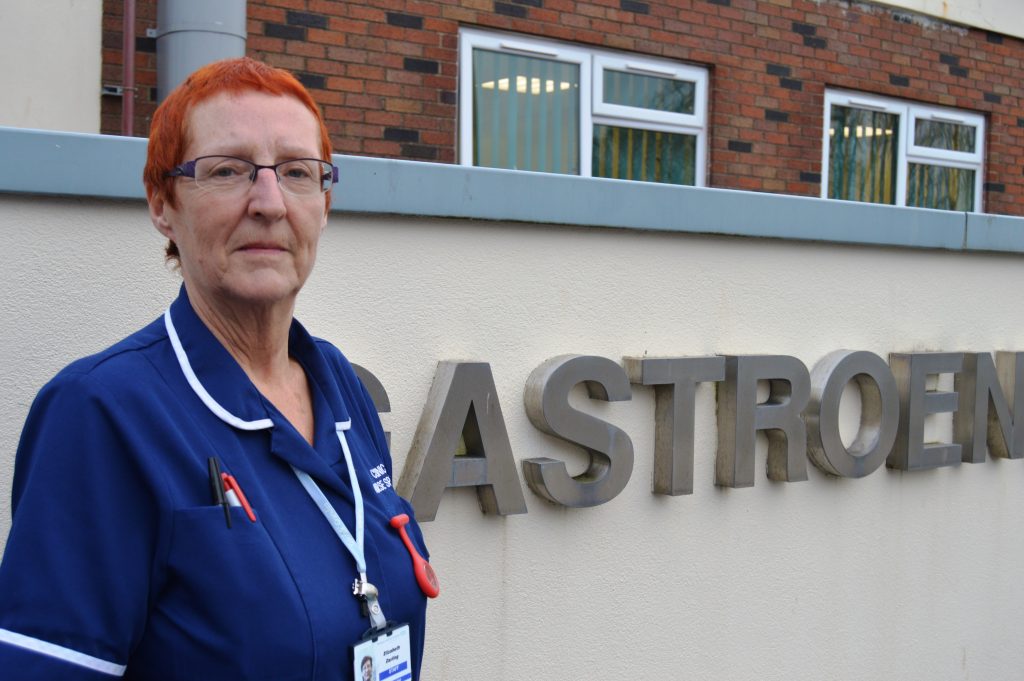 A Blackpool nurse is set to retire after a lengthy nursing career.

Elizabeth Darling, who works at Blackpool Victoria Hospital as an Upper GI Cancer Nurse Specialist, will have completed 46 years’ service later this month.

Liz started studying at the Whinney Heys site in 1971. She lived in the nurses’ quarters until she qualified in 1974 and has had no break in service.

She started her career in Coronary Care which only had five beds at the time before moving from Blackpool Victoria to work in Leeds as a Sister for three years.

During her nursing career she trialled the first hoists for manoeuvring patients and her ward was the first to trial nurses working without hats.

Returning to Blackpool as a Sister in the Cardiothoracic Unit, Liz transferred to Gastroenterology as a Senior Sister in 1985 before settling in her current role since 2001. 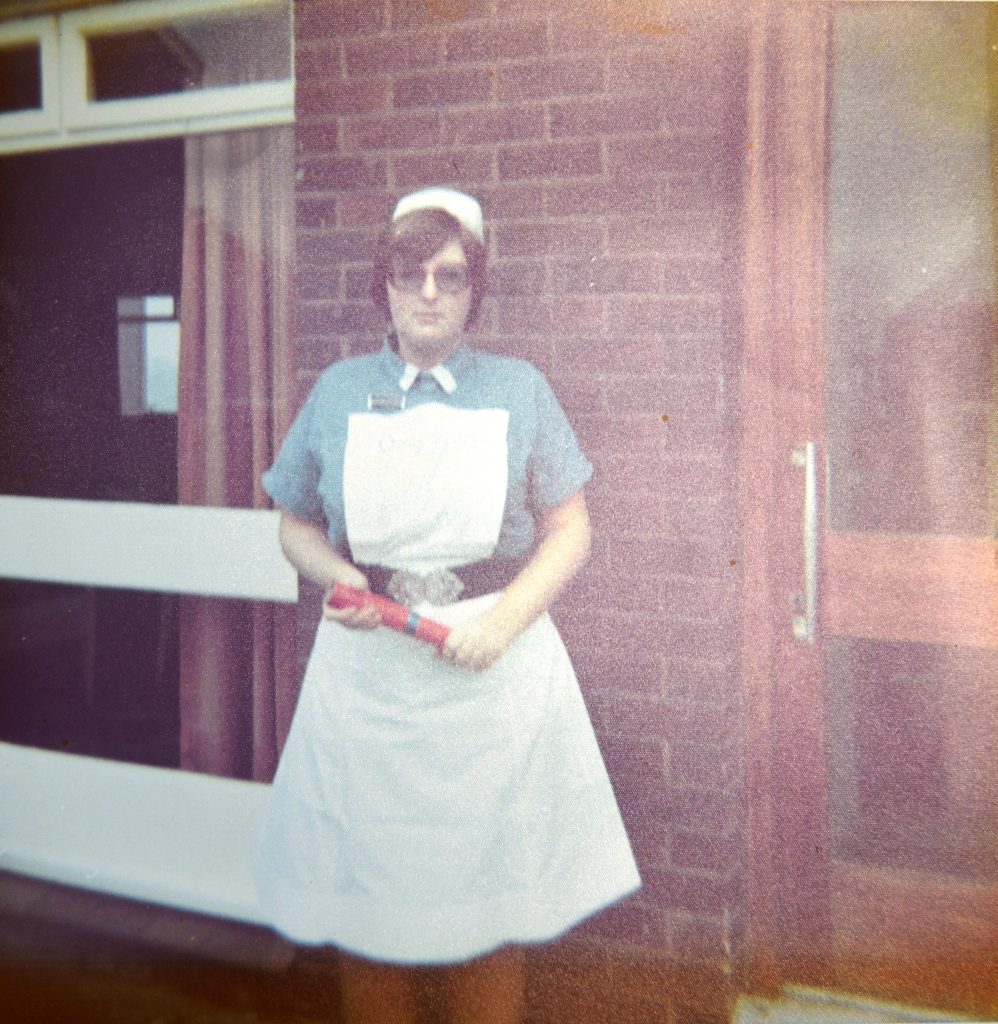 A newly qualified Liz on the Blackpool Victoria site in 1974

“Things have changed a lot over the years. For example, we would never call Sisters and Staff Nurses by their first name.

“It’s a lot busier now and there is a lot more paperwork.’’

Liz had wanted to be a nurse since the age of 12 when she joined the Red Cross. Three of her aunts were also nurses.

“I have had some fun over the years and I really love my job, although it can be harrowing at times, especially having to deliver bad news.

“I have a good rapport with both patients and staff, which I will miss, but it is time for somebody else to enjoy the job like I have.”

Deputy Director of Nursing and Quality, Simone Anderton, said: “SInce I have known Liz she has always impressed me for her extensive experience, knowledge and skills and how she applied this to ensure best care for her patients.

“Liz has been a valuable and well known and loved member of our nursing staff. She is going to be greatly missed not only by her colleagues but her patients too all of whom she has made a great difference to.”

Liz is planning a trip to Canada and aims to do some voluntary work as well as continuing her hobbies of swimming and walking.

She added: “I’ve worked with a great team over the last 16 years and I will be having a party to celebrate.

“But I’ll be keeping in touch – any nights out they arrange, I’ll be there!”