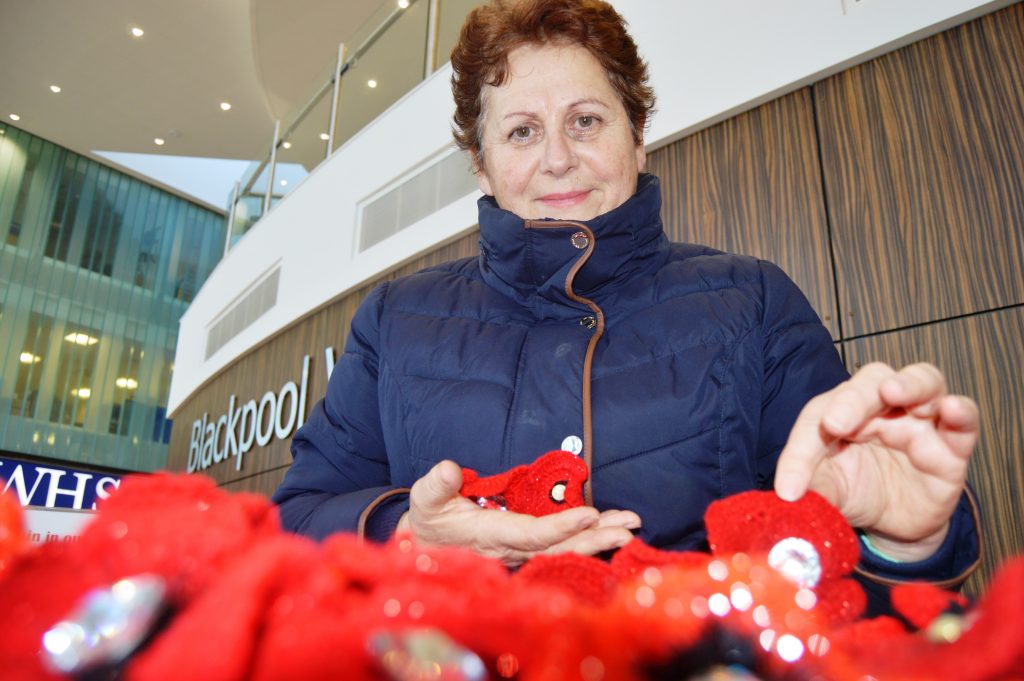 Crochet queen, Nilda Scott, with some of the poppies she has made

A Fleetwood retired nurse has made 800 crocheted poppies for a special hospital commemoration, despite never having crocheted in her life!

Nilda Scott, 64, is taking part in #TheGreatBTHKnit to make 30,000 poppies for a unique art installation, and events, at Blackpool Victoria Hospital in November.

She has made this remarkable amount by making a few poppies each night while watching TV and has impressed fellow crocheters and hospital officials alike.

Nilda said: “I saw the ‘Knit and Natter’ group advertised on Facebook and thought that I would like to see what it was all about.

“I have always sewed and made various things for charities and even the hospital’s Oncology Unit, but I have never knitted or crocheted in my life until I came to the group. They taught me how to make the poppies and I’ve made a few each night. My next target is to make 1,000.”

The Knit and Natter group was set up in September last year, and is held every month at Blackpool Victoria and Clifton Hospitals with knitting tutor Ginette Ward and crochet tutor Debra Smith who are available to coach novices through the process of making the poppies.

The poppies can be made from any pattern and Nilda likes to use a variety of red wools with centres made from buttons, pom-poms and gems.

“She always takes time to make them look pretty which is very impressive considering she has only been crocheting since September. 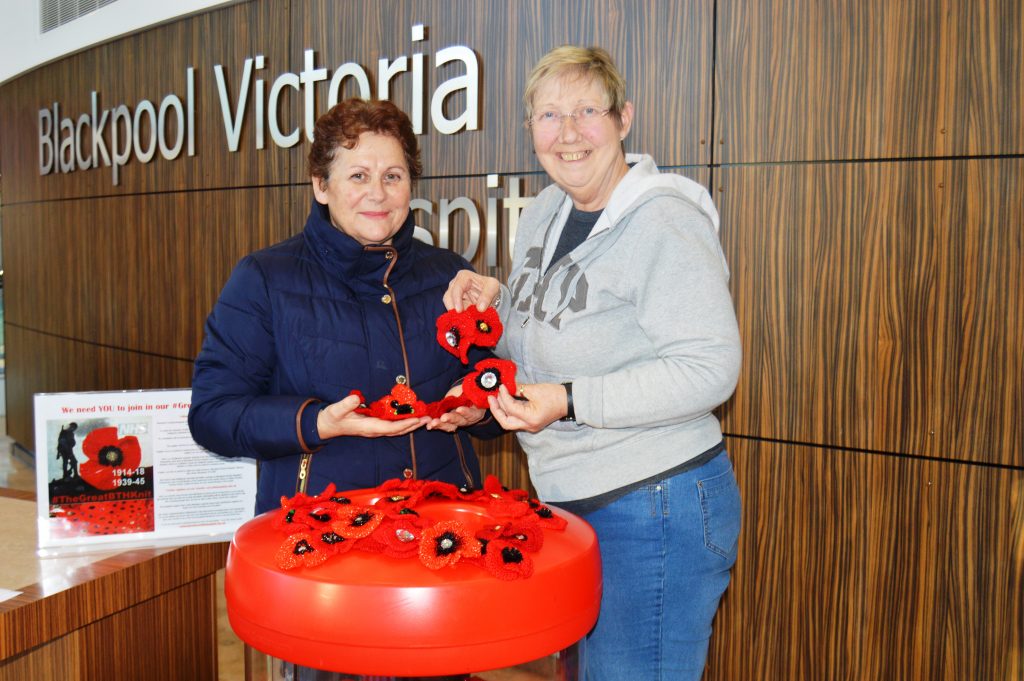 “There are currently around 3,000 already made, thanks to all our wonderful contributors and Nilda’s contribution has been a real help towards our 30,000 goal.”

The Knit and Natter group is held every first Monday of the month at Blackpool Victoria Hospital and every fourth Monday at Clifton Hospital in Lytham St Annes – dates can be found on the trust’s Facebook page: www.facebook.com/BlackpoolHospitals/ Staff union UNISON are funding some wool and a lunch voucher for each person that takes part.

Nilda added: “Making poppies is something a bit different but it also has a value and we all know what it means.

“My father-in-law, he was born on the 11th of November 1918 and was part of the soldiers assigned to India during the Second World War, so it is nice to be part of an event that commemorates all those who were killed and injured in conflict.”

If you would like to be part of #TheGreatBTHKnit, you can get more details here: http://bit.ly/2AMUZCU