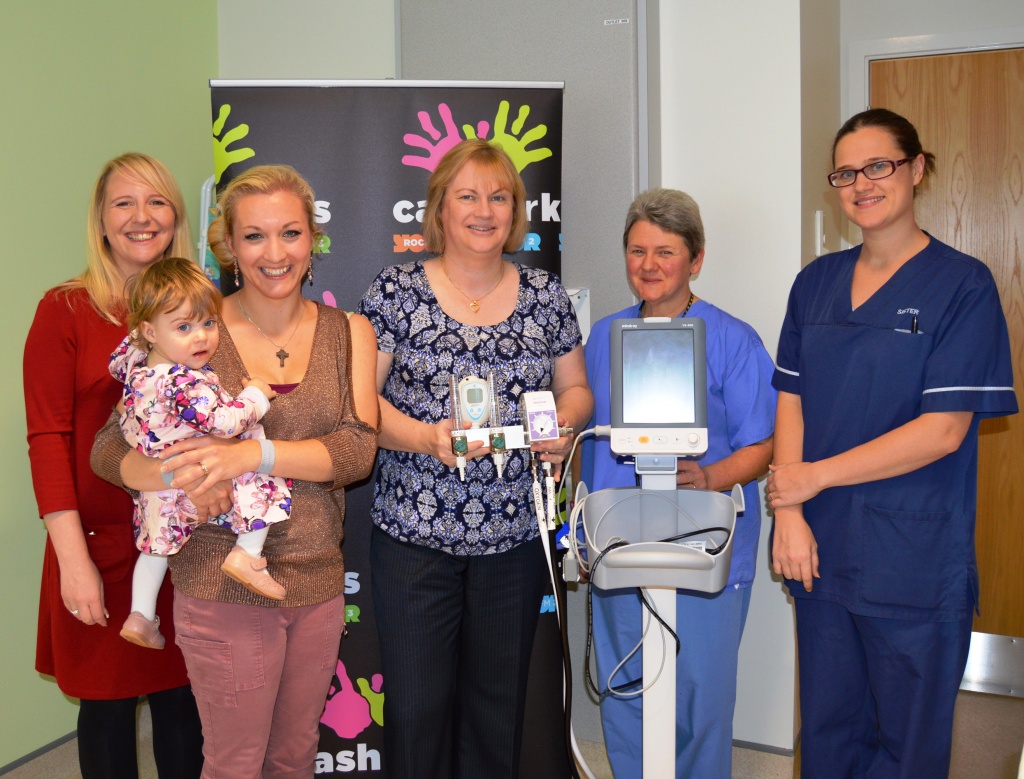 Sarah Schofield raised £7,000 with the help of Rock FM’s charity Cash for Kids in order to buy six NeoFlow machines and a portable monitor that provides breathing support for preterm babies.

Sarah was admitted to the Neonatal unit in March 2013 when her son Ethan Lee was born at just 24 weeks. Sadly, Ethan passed away three weeks later, but Sarah was determined to repay the unit’s kindness and support.

By running various events such as hosting a charity ball, raffles, quiz nights and bag packing, she managed to raise such a big amount that has now bought such vital equipment.

She also raised a further £5,000 for Royal Preston Hospital, who also looked after Ethan Lee, with another mum who also lost her baby at the same time. The money there has been used to provide breast pumps for new mums.

Sarah said: “It’s fantastic to hear all the money has gone to a great cause in supplying great equipment.

“The equipment will benefit not just a few babies but hundreds of babies that have to pass through the ward each and every year.

“Not only does this keep Ethan’s spirit going but with us having to live each and every day in the hospital it made us realise we were one of many sets of parents who had to fight this battle each day and we want to help future families having to go down this same journey.”

Cash for Kids is the official charity of Rock FM and provides a helping hand to disabled and disadvantaged children across Lancashire.

Each year, they hope to have thousands of pounds available for grants to children’s charities, individuals and many other causes throughout their transmission area.

Nikki Thompson Charity Manager for Cash for Kids, said: “It’s amazing to know that the equipment is being used from day one and it will help babies in the future.”

Sarah was told that she couldn’t have children and had IVF treatment to get pregnant with Ethan. When he sadly passed away, Sarah thought she may be childless for the rest of her life, but she was surprised to find she got pregnant naturally and now is mum to Sophie who is now one.

Ward Manager Catherine Nash said: “Ethan was such a special little boy and it’s a privilege to be presented with equipment that has been donated in his memory. It was lovely that his sister was here to see the equipment her dedicated mummy has supplied to help other babies.”