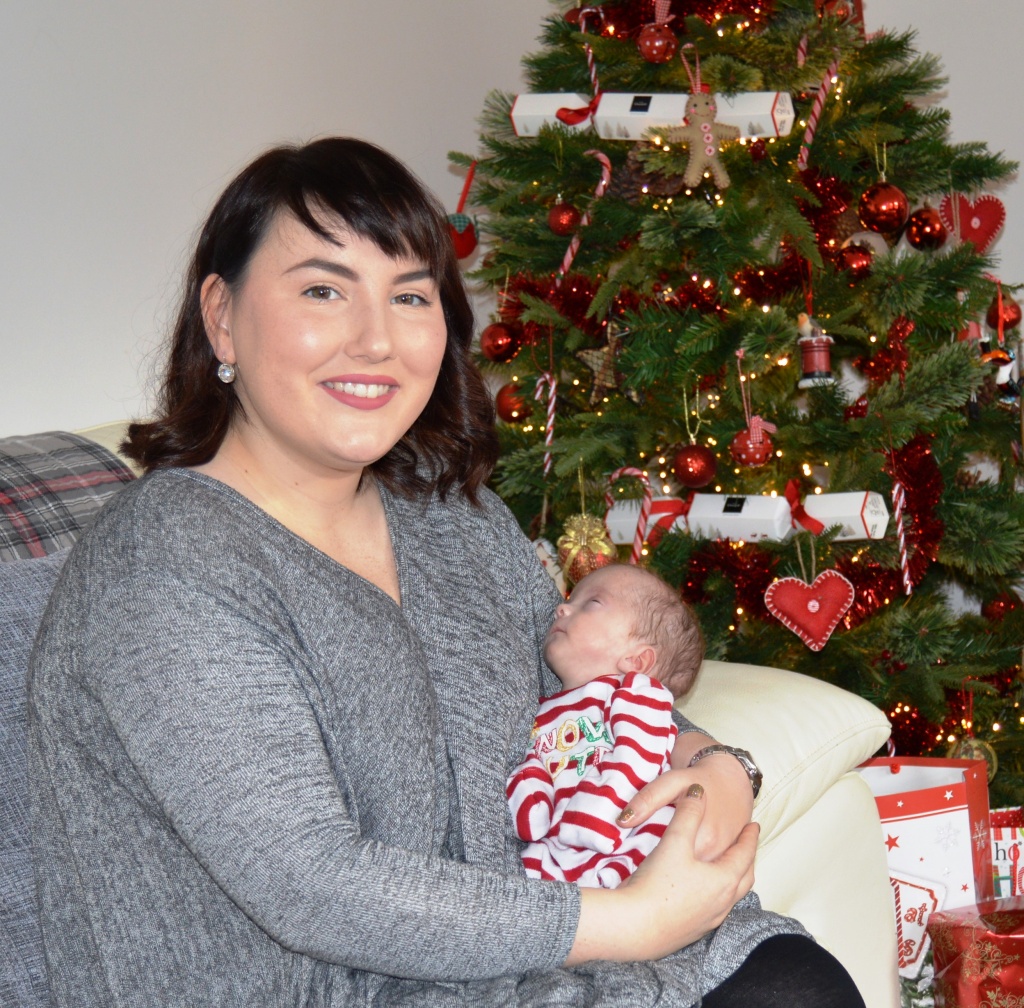 Christmas was extra special for a young mum who gave birth to a baby boy weighing just 770gms in August and finally got him home for the festivities.

Little Edgar Morris was born at only 25 weeks at Blackpool Victoria Hospital.

Proud mum Rachel Morris, 27, from Lytham, who works as an assistant business manager at Selfridges in central Manchester, had the happiest Christmas ever.

Rachel’s fiance, Peter Morris, 29, who works on the family dairy farm near Lytham, is over the moon that Edgar, or Eddy, as he is known to family and friends, is safely home.

Rachel and Peter are engaged to be married and, by coincidence, already share the same second name.

Eddy is now 17 weeks old and if he’d been born on his due date of December 6, he would have been just two weeks old.

Eddy is Rachel’s first child and he is all the more special as she had been pregnant once before but sadly lost the baby late in the pregnancy. 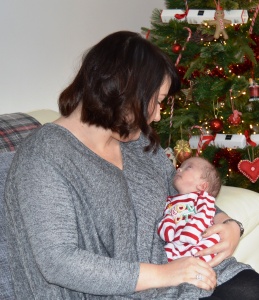 While she was pregnant with Eddy, Rachel bravely coped with a number of health problems and did everything in her power to make sure her unborn son was protected.

Rachel explained: “I had a late miscarriage and they couldn’t find any reason for it so for my next pregnancy I was told I had to be really careful and plan ahead.

“However, I started to feel really unwell and eventually it turned out that I was pregnant again. I couldn’t believe it. When I went for my first scan I found out I was 17 weeks and three days pregnant. I nearly fell off the bed! I was so shocked. Pete was completely shocked as well.

“Thankfully I don’t drink and I don’t smoke so there had been no risks to the baby. When I went for my 20 weeks scan I was told there was a problem with my cervix. It couldn’t cope with the weight of the baby. I had to have a stitch put in to protect the baby.

“The consultant was excellent. He said the stitch might give me two weeks or I might go full term. I knew that there was a possibility that I might have a premature baby.”

Rachel got to 25 weeks and was feeling great but then suddenly she started to go into labour on August 23.

She went straight to Blackpool Victoria Hospital where she had the stitch removed.

She said: “I was terrified because it wasn’t what we’d planned but the birth was actually quite calm.

“Eddy had to be taken in an incubator to the Blackpool unit straight after birth due to extreme prematurity and because he was in respiratory distress so I didn’t see him until 4pm on August 24.

“It was amazing to see Eddy – he was microscopic. Firstly, he had to be transferred to the Royal Preston Hospital for seven weeks and then, once stable, he returned for another seven weeks to the Neonatal Unit at Blackpool. He came home about two weeks ago weighing 4lbs 6oz.”

Rachel said hospital staff had been great with her and gave special thanks to midwife, Lucy Atkins, from Blackpool Victoria Hospital was with her during the birth. 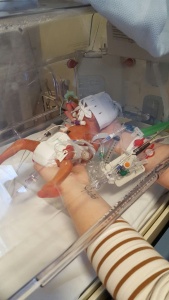 Little Eddy when he was first born

Rachel explained: “Having a baby is the scariest thing ever.

“Lucy was just really calm and so good with me. She gave us space and she was there when we needed her.

“The staff were all amazing. You become good friends because you are spending so much time on the unit.

“I could not have asked for better people to have looked after Eddy.

“I’d like to thank everyone who cared for us.”

Rachel added: “Christmas was very special this year. Having him home was just magical.”