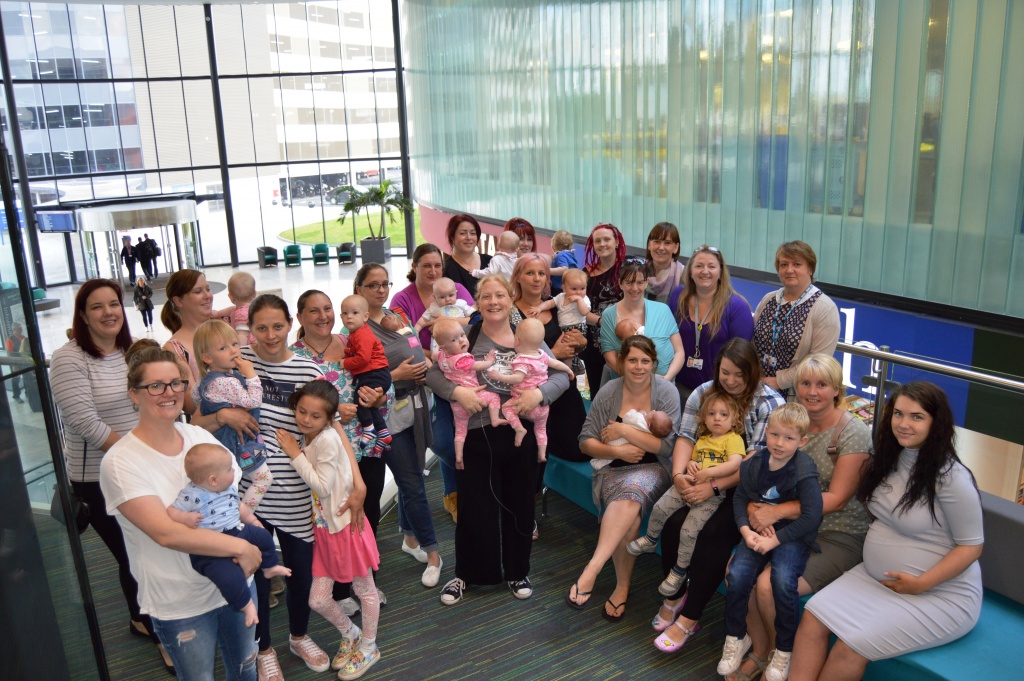 Families gathered at Blackpool Victoria Hospital to celebrate World Breastfeeding Week and to take part in an annual international event called the ‘Global Big Latch On’.

The mums who breastfed their babies at the event on Friday, August 4, were part of a total of 17,790 across the globe this year.

The theme for this year’s World Breastfeeding Week (from August 1 to 7) was ‘sustaining breastfeeding together’ – which is a key message here on the Fylde coast as well as globally.

The event was organised by Infant Feeding Co-ordinator, Dawn Burrows and Baby Friendly Co-ordinator, Shel Banks, who are based at the hospital and work for Blackpool Teaching Hospitals NHS Foundation Trust.

Dawn and Shel welcomed back some families who had been in the hospital’s Neonatal Unit and others who had had their babies at the Fylde Coast Birth Centre as well as in the hospital’ Delivery Suite. Mums chatted and connections were made.

Shelley Watson from Over Wyre, mum to twins Felicity and Scarlett, attended the event with her sister, Heather Parkinson. 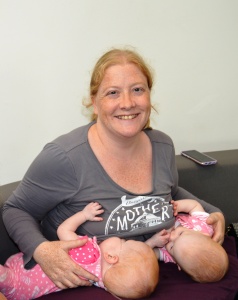 Shelley Watson and her twins Felicity and Scarlett.

Shelley said: “It’s brilliant that they are having this event at the hospital because Blackpool’s breastfeeding rates aren’t great.

“Felicity and Scarlett were premature so I didn’t get to hold them for a couple of weeks and it was so hard.

“When I was first able to breastfeed them I cried and cried. It was that connection I had been missing. I felt like a mum at last.

“They were in Alder Hey Children’s Hospital when they were first born and then they went to Blackpool for a couple of weeks before returning home. They’re 15-and-a-half months old now.”

She added: “Breast milk is great because it’s free and it’s absolutely the best thing for your baby – both mentally and physically.”

Danielle Camm, a health visitor from Blackpool who works for the Trust, said: “This event is really good. It’s so important that we can support each other.

“It’s a woman’s right and a child’s right by law to be able to breastfeed.

“If you come from a family where there wasn’t breastfeeding, you need that support. Even as a heath professional, I have found it hard to do. 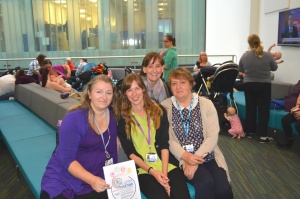 “The first few days you think, ‘why and I doing this?’ If you have support around you it makes it a bit easier and you can vent off to someone. Breastfeeding is great because it helps the baby’s brain to develop. If your baby is ill, you take on the germs and your body creates antibodies which help your child to fight infection.

“I’m not against formula. If it’s right for you and your family, that’s fine. However, if you want to breastfeed, you need support.”

Head of Maternity and Gynaecology Services Shelley Piper said “It was fabulous to see such a great turn out supporting such a worthwhile event.

“The Trust’s Families Division is passionate about encouraging breastfeeding as it is so important for the health and wellbeing of our families on the Fylde coast.”

Zoe Walsh, a Doula (a non-medical person who assists a person before, during, or after childbirth) and trainee ABM Breastfeeding Counsellor from Blackpool, said: “It’s good that the event has taken place here, especially in an area like Blackpool where breastfeeding rates are quite low.

“It’s a positive thing to have mums who are breastfeeding together and to find some sense of community and support.

“Being a mum can be quite isolating, so having opportunities like this to meet other like-minded mums and to share tips is really positive.”

Zoe said breastfeeding was the biological norm for babies as that was what their bodies were primed for. 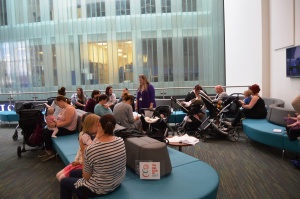 The breastfeeding event at the hospital

“Breastfeeding protects the baby and mum against illness. It builds bonds and helps the baby to form positive relationships.

“Some people see formula as the norm but for a woman to be physically unable to breastfeed is very, very rare.”

The families were also joined after the Big Latch On had taken place, by Head of Service for the Families Division, Pauline Tschobotko, who chatted with participants and thanked everyone for attending.