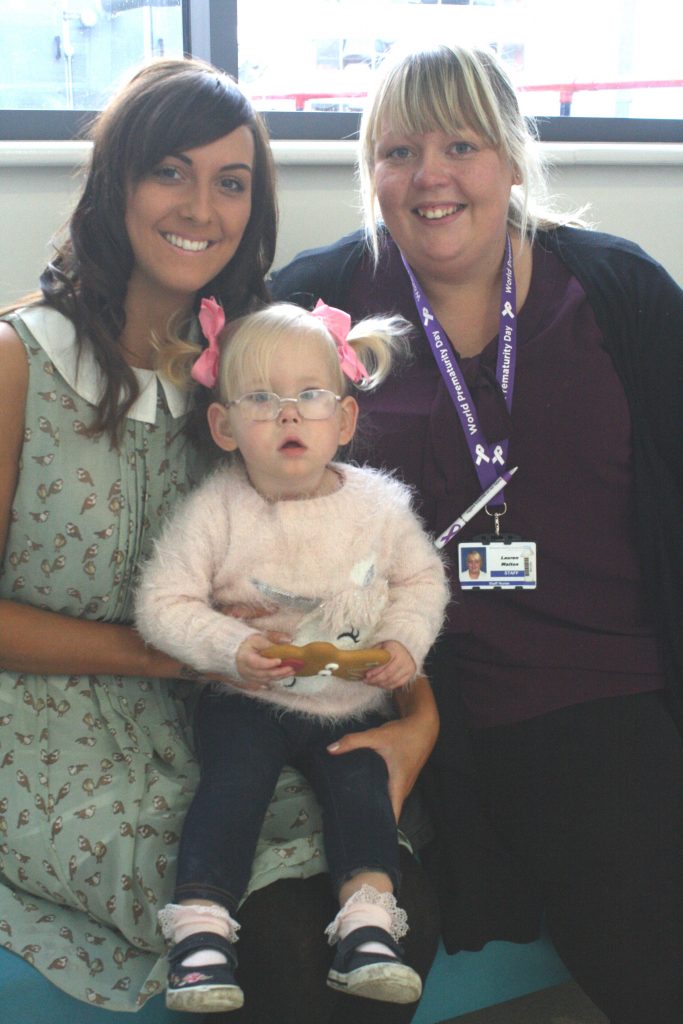 Today is World Prematurity Day which is a global movement to raise awareness of premature birth and the sometimes devastating impact it can have on families.

On 17 November every year the charity, Bliss, comes together with partners from around the world to talk about premature birth in our countries and take action on behalf of the 15 million babies born early every year.

Sophie Pendleton’s daughter Elsie was born at just 26 weeks two years ago weighing just two pounds and was treated in Preston and Blackpool.

Sophie said: “It was really hard at first but thanks to the amazing help we got from the staff here Elsie made progress every day and she is now really healthy.

“One of the sisters on the ward performed resuscitation on Elsie and I owe her everything because Elsie would not be here without her.

“The Neonatal Unit is everything to me and we will always support them in any way we can.

“To leave your baby here for 12 weeks every day and know they are safe and in great hands is something special.

Sophie said World Prematurity Day was something she would always support as it gave positive messages to parents who need support and advice.

She said: “It is a special day and it gives us the chance to tell parents to take every day as a blessing and assure them that they are in the best possible hands.’’

Staff from the Neonatal Unit were the winners of the Chairman’s Award at this year’s Celebrating Success Awards.

Around the world, 15 million babies are born prematurely every year.