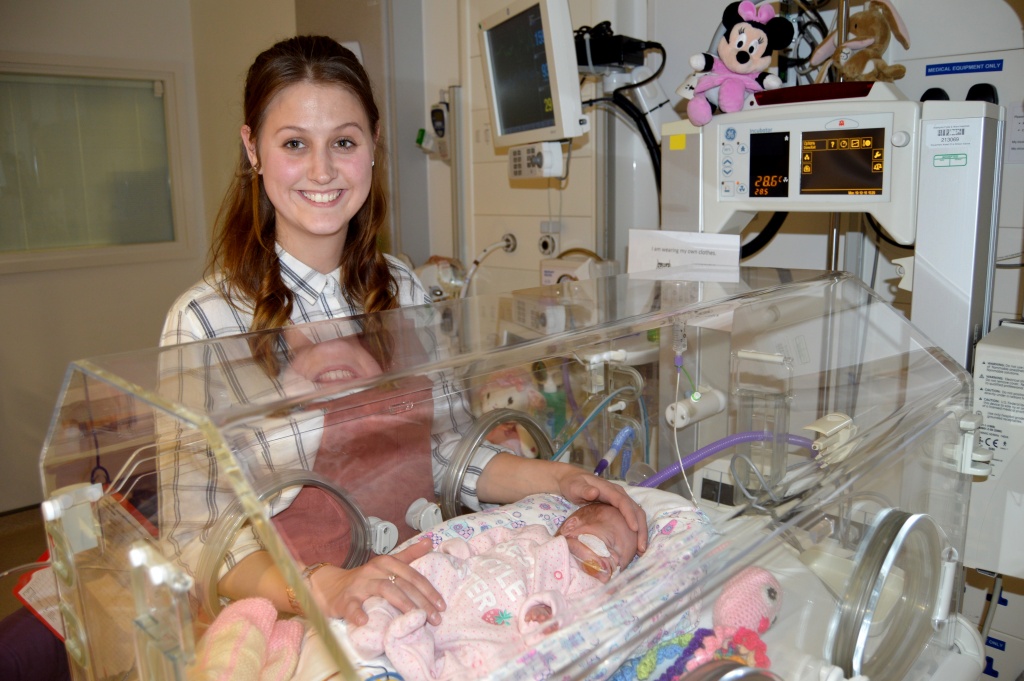 A young mum of five, whose premature baby girl was in Blackpool Victoria Hospital’s Neonatal Unit over Christmas, described nursing staff as “angels”.

Casey Nickson, 27, from Layton, who needed heart surgery at the Lancashire Cardiac Centre in Blackpool in 2011 during one of her pregnancies, said she owed everything to the NHS staff who had looked after her and her five children.

Casey’s four sons, Scott, 7, Jack, 5, Charlie-George, 3, and Louie, 11 months, were born early and Annabelle, who is just 11 weeks old, born on October 1 and whose due date was January 17, is being cared for by staff on the unit. Louie was also nursed on the unit and he will be one year old on Boxing Day.

Little Annabelle, who weighed just 1lb and 3oz when she was born – just 2oz bigger than her brother Louie – came as quite a surprise to Casey as she was due to be sterilised on May 12 and only found out she was pregnant on May 7.

Annabelle was born in Preston because the Neonatal Unit in Blackpool only cares for premature babies up to 27 weeks. As Annabelle grew stronger she was moved from Preston to Blackpool.

Casey’s husband Ross, 33, who works for Fylde Borough Council as a HGV driver, was surprised, scared and delighted as the couple hadn’t planned on having any more children. 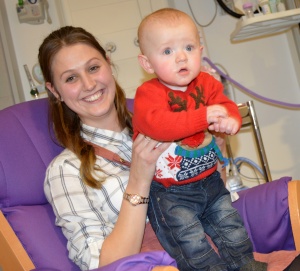 Casey Nickson with her son Louie, 11 months, who was also cared for in the Neonatal Unit at Blackpool Victoria Hospital

Casey said: “Ross is a fantastic dad. He’s besotted with Annabelle. He has always wanted a girl. We’re both from big families so we’re happy to have five children.”

The entire family was pleased yet concerned when the pregnancy was confirmed as Casey’s health issues could have put her at serious risk.

Casey, who previously worked as a registered nurse, explained: “When I had my second son Jack I didn’t know I was poorly.

“I found out that I had a hole in my heart and I had a condition called Guillain-Barre Syndrome (a disorder in which the body’s immune system attacks part of the peripheral nervous system).

“I also had serious health problems during some of my other pregnancies.

“With Annabelle, I got sent to Manchester for a plan to be put in place and had to have a stitch in my cervix at Blackpool but unfortunately it didn’t work.”

Despite the best efforts of hospital staff, Annabelle arrived early and will be on oxygen until she is strong enough to return home.

Casey thanked the staff who had helped her: “The only way to describe the staff is – they are angels.

“I have been here on the Neonatal Unit in Blackpool three times now. We can’t thank the staff enough. It’s hard to put into words just how grateful we are.

“You don’t just take away memories of people who have cared for your babies – you take away friends for life.”

Ross’ parents, Carol Nickson and Mark Carlton, are highly delighted that Annabelle is doing well and will hopefully be home soon. Casey and Ross say they can’t thank them enough for all their support and help through this past year as they wouldn’t have got through it.

Casey said: “We also owe huge thanks and gratitude to Jackie Dyson, Heather and Lee Hogarth, who are godparents to the children, for all the support and help they have given us. We would not have been able to visit the hospital as often otherwise and been able to cope.”

Casey said her grandparents, Marj and Frank Franklin, who had been like parents to her as her dad has passed away and her mum is not around, were also over the moon with Annabelle.