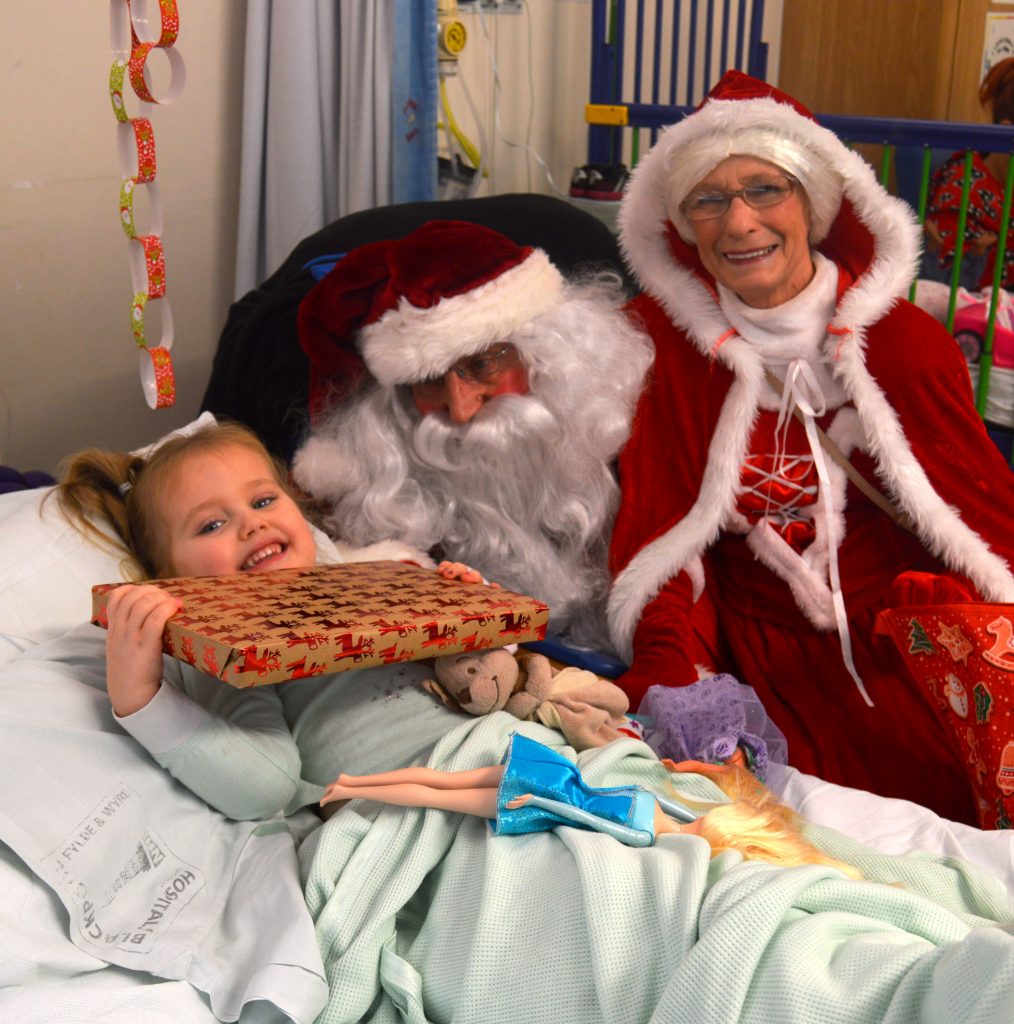 Children at Blackpool Victoria Hospital  were very excited to meet a very special visitor to their ward this week.

Blackpool’s Ron and Lillian Curtis, otherwise known as Grandaddy and Nanny Trumbell, donned their festive costumes and became Mr and Mrs Claus in order to spread some Christmas cheer.

They stopped to give presents to all the children on the ward including five year-old Sienna Hartley from Bispham, who said she had been very good this year.

She has asked Santa for a violin.

Five year-old Alfie Stanley from Fleetwood, also told Santa he had been good this year. 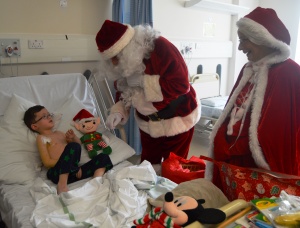 Alfie wants a toy gun for Christmas, but was very happy at receiving an early present from Mr Claus too.

The visit was organised by Practice Development Sister, Louise Paramel. She said: “It was really nice of Mr and Mrs Claus to come to the ward today.

“What is really nice is that they raise money themselves to provide the gifts. The children’s faces just lit up when they saw them.” 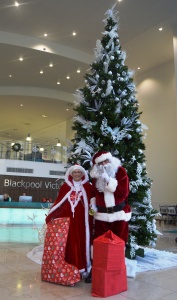