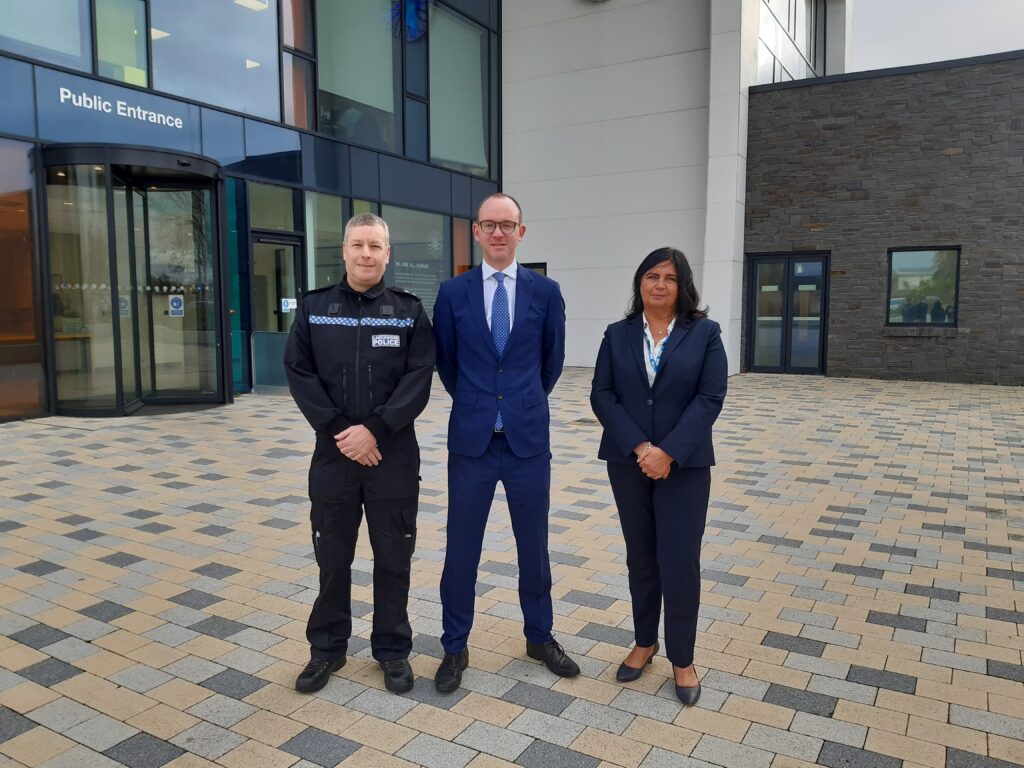 Operation Provide with Hazel Gregory, John Smith and the PCC

An initiative which sees police officers responding to domestic abuse reports alongside a trained NHS domestic abuse specialist has supported more than 1,000 victims.

Operation Provide was launched at the beginning of the COVID-19 pandemic – when the advice was to isolate and stay at home – with the aim of providing additional support to victims.

It continues to run across Blackpool, Fylde, Wyre, Lancaster and Morecambe and sees independent domestic violence advocates (IDVAs) from Blackpool Teaching Hospitals NHS Foundation Trust on hand to support victims and their children with immediate safety and long-term plans.

Hazel Gregory, Head of Safeguarding at Blackpool Teaching Hospitals NHS Foundation Trust said: “The Trust has worked with more than 1,000 victims, protecting them immediately after an incident and ensuring they have the support they need with our police colleagues and key partners.

“We will continue to work to transform the response to domestic abuse, to prevent further harm and reduce offending.”

Insp Jon Smith from Lancashire Constabulary said: “Domestic abuse is a largely hidden crime, occurring primarily at home. For a wide variety of reasons, victims are sometimes hesitant about speaking to the police and progressing criminal proceedings.

“Working in partnership with specialists from health, we are able to reach out to these victims, providing a substantial enhancement in the level of support available to vulnerable people in our communities.

“We are here to help if victims need support. I would urge friends, family and neighbours to let us know if you think someone might be suffering. Please don’t ignore it.”

There are a total of six health IDVAs dedicated to the operation. 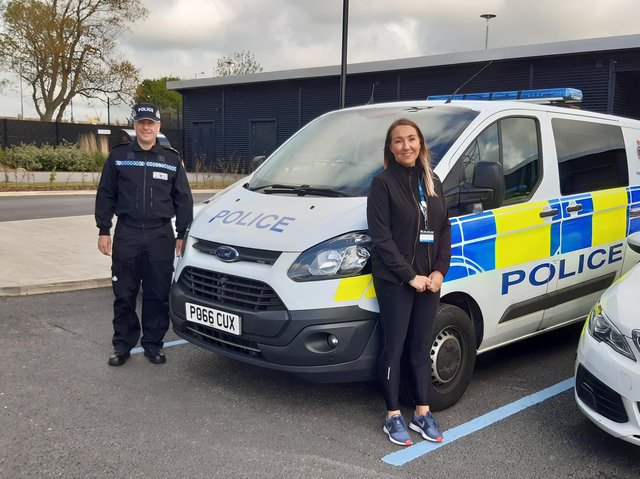 Additional funding for the project from the Trust and the Ministry of Justice, supported by Lancashire’s Police and Crime Commissioner, will allow the initiative to continue to run for another two years.

Andrew Snowden, Police and Crime Commissioner for Lancashire, added: “Working together with key partners is vital as we look to support victims of domestic abuse and ensure they receive the right support.

“As Commissioner I am committed to getting tough on crime, including abuse in all its forms and will work with the Constabulary to ensure that perpetrators are brought to justice and we keep people safe.

“By combining a clear support for victims, with work around early intervention and also crucially a clear message that if you are committing abuse, officers will be knocking on your door, we can make a real difference and prevent people from becoming victims in the first place.”

The initiative won the Patient Safety Improvement category at the Nursing Times Awards 2020 – the leading nursing awards in the country – with judges stating it was “creative, innovative and replicable”.

You can report domestic abuse online at lancashire.police.uk/reportcrime or by calling 101. If someone is at risk of immediate harm, dial 999.