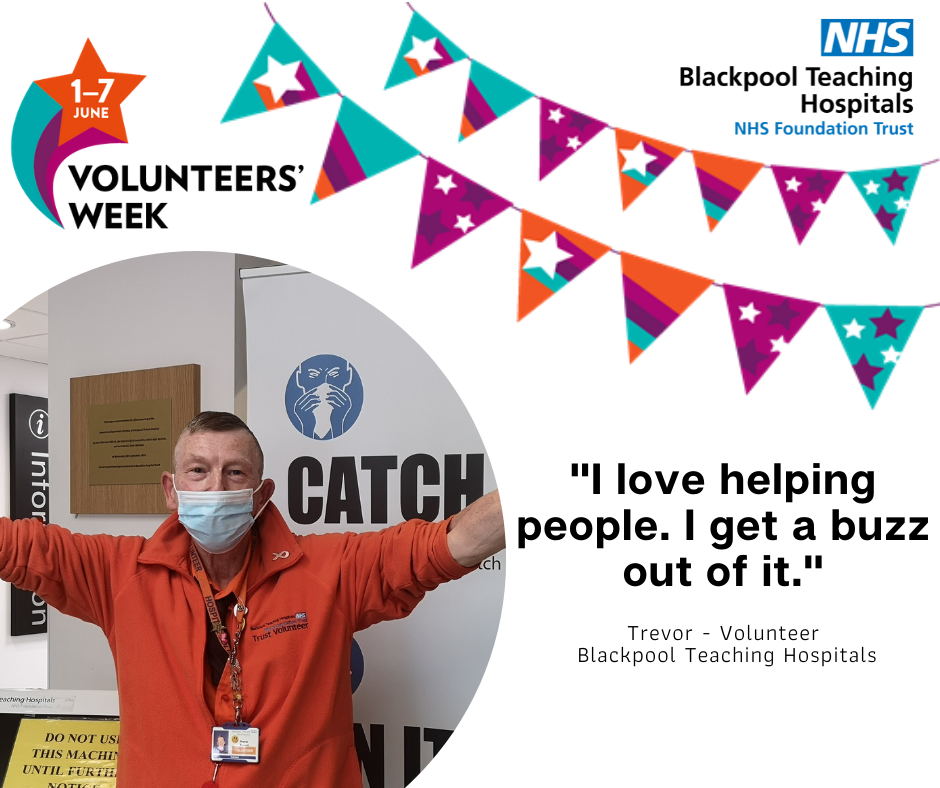 One of the Trust’s longer serving volunteers is Trevor, a well-recognised and energetic presence usually found in Outpatients. Trevor is one of 400 volunteers at Blackpool Teaching Hospitals Trust, and was one of the first to return this week, as part of a phased return to action, coinciding with National Volunteers Week.

“I have probably been doing this about 12 years now,” Trevor says, reflecting on his change in direction after spending much of his life as a carer.

“I’ve always wanted to help people. That’s why I became a volunteer, helping people, I get a buzz out of it.”

Trevor, whose highlights as a volunteer include meeting the late Bobby Ball, cheekily admits that one of the biggest things he loves about working at the Trust is getting his dinner from the restaurant. But amongst the other highs of working at BTH is the people he meets every day in his role as a navigator.

“I thought I would have forgotten my job, but as soon as I have come back everything has clicked into place and that is a great feeling,” Trevor says reflecting on his time away as the Trust restricted access to the hospital.

“I just like talking to people. I’m a person’s person, I love people and that is sometimes rare these days.”