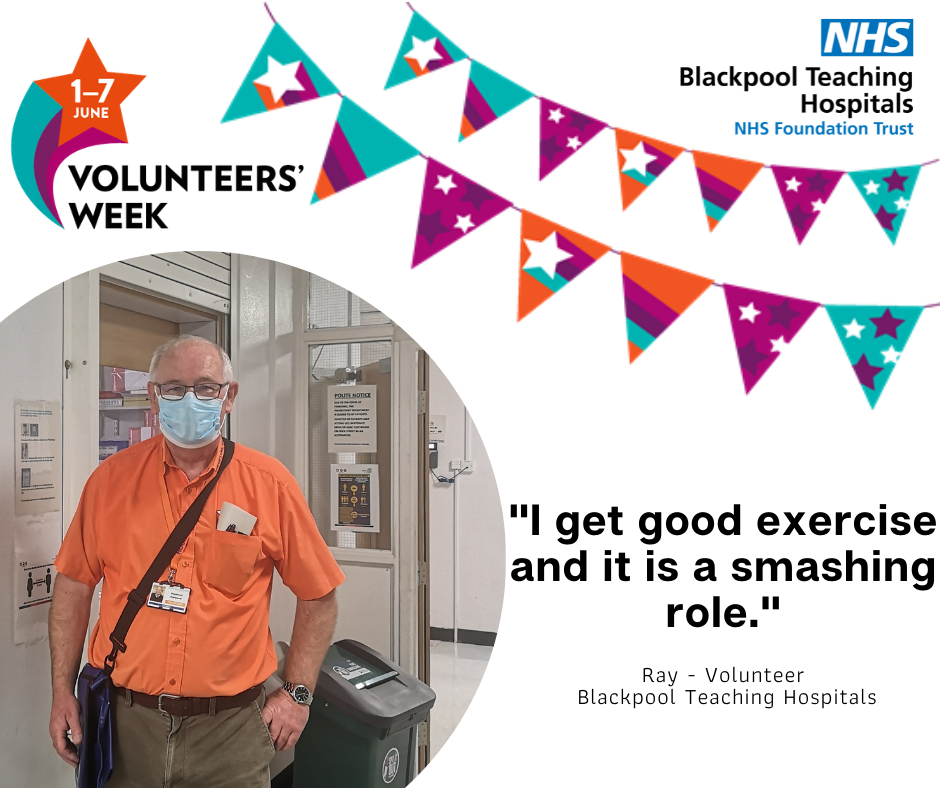 Following a long career in Nuclear Fuel, Blackpool Teaching Hospital volunteer, Ray was wondering what to do with himself in retirement, until he found his calling as one of the Trust’s blood-runners.

The blood-runners play a vital role in ensuring the blood samples are taken from the haematology unit to the pathology laboratories, a task which can often see the volunteers clock up an impressive seven thousand metres per shift, up and down and the main corridor of Blackpool Victoria Hospital.

“It is a two-way thing. I get to help people and I get enjoyment out of it,” says Ray as he reflects on a five year stint as a volunteer at the Trust, during which he will put plenty of mileage into his feet.

“I get good exercise and it is a smashing role for anybody who is retired and reasonably fit and wants to help with their community hospital. I would recommend it to anybody who likes to help people.”

After five years in the famous tangerine colours, Ray admits that being a volunteer is now just a part of his weekly routine, and might even keep him out of trouble at home!

“My wife has a two night job and I am out of the way on Tuesdays and Wednesdays and that is a bonus for her,” he smiles.

“It is a stimulating role and that is one of the things I like about it. It gets you up in the morning, it gets your week underway and then the next part of your week you just carry on.

“I love all the different chats to people, seeing all the characters you can’t really get better than that.”