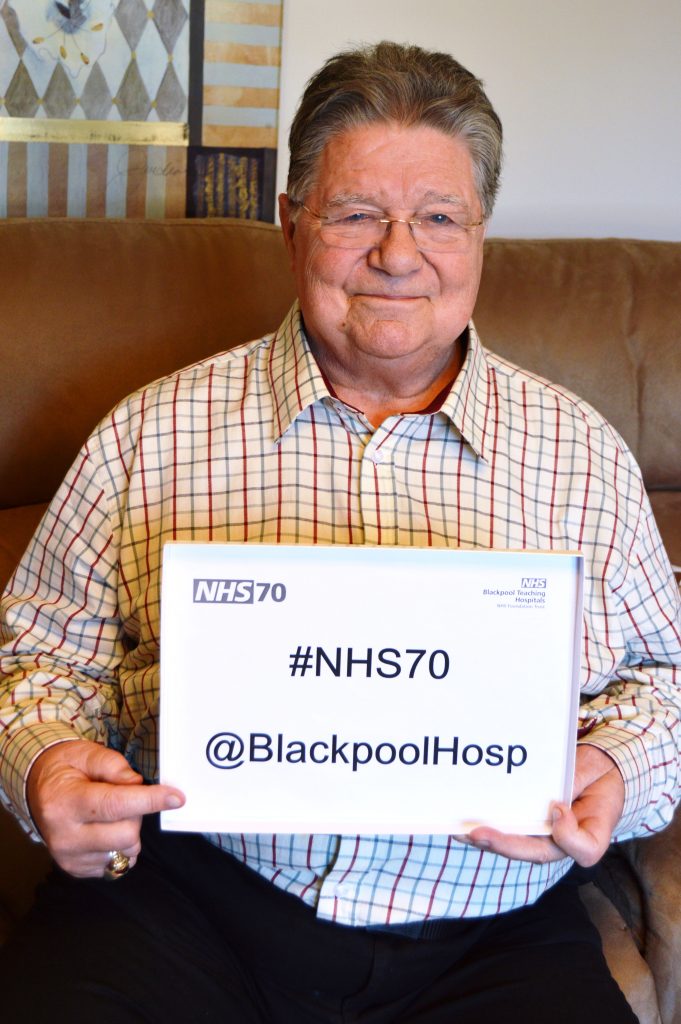 A LOCAL comic has thanked the NHS for saving his life.

Johnnie Casson, 75, had a triple heart bypass 17 years ago at the Lancashire Cardiac Centre at Blackpool Victoria Hospital.

The surgeon told him that without the surgery, he wouldn’t survive.

Johnnie had the operation and was discharged after five days.

He said: “I was extremely grateful to the staff. I had the operation and I was back working on North Pier after five weeks.

“It was incredible. The nursing staff were fantastic.”

Originally from Halifax but now living in Blackpool, Johnnie started his career as a drummer in band The Cresters who supported the Beatles in their first tour of Scotland.

Following the death of the band’s lead singer, Johnnie started to fill in the gaps with comedy and got addicted to hearing laughter.

Johnnie eventually went on to appear on Opportunity Knocks where his career as a comic really took off. He still has audiences in stitches with a one man show at Lytham Hall planned in October and currently as part of Bobby Ball’s play, The Dressing Room.

Johnnie was happy to wish the NHS a happy 70th birthday and added: “The NHS is there for you. When you need it, it’s there. I owe my life to them.”