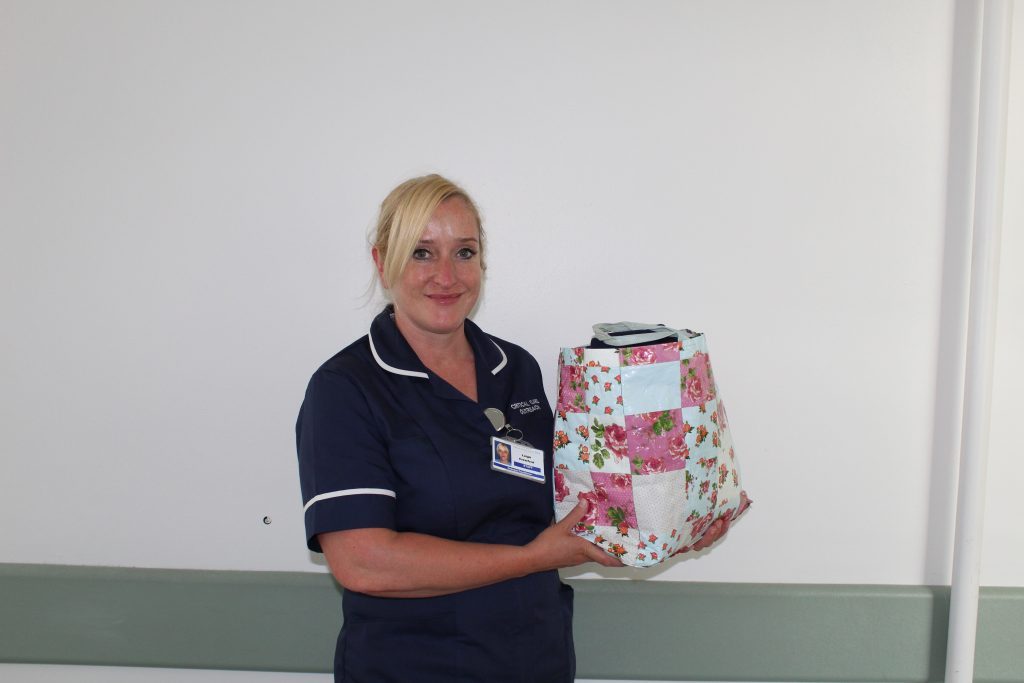 Leigh sends donation packs to those less fortunate than most of us and she has been very determined to give something back to those who are in desperate need of help.

Leigh has been involved with the campaign The ‘Care4Calais’ which was founded by a group of volunteers with the aim of supporting people living in refugee camps. The charity provides basic living supplies such as meals, warm clothing and important legal and medical support.

In February 2017, Leigh travelled over to one of the refugee camps in Calais as a volunteer to provide donations and support to people who were left with no shelter or food.

Leigh researched the ‘Care4Calais’ cause following a Facebook group she joined after interacting with a friend who was passionate and highly involved in the charity. She wanted to take part in donating and she made the decision to travel to Calais to see the living conditions and to meet the refugees personally.

Leigh said: “The charity are mainly looking to receive donations for male refugees. People often focus on the women and children affected, but there are a lot of adolescent males traveling alone.

“The backpacks we put together contain a variety of essentials such as toiletries, under clothes, shoes and batteries.

“I have been involved with charity work before. A few months ago I raised money for Streetlife in Blackpool by spending a night sleeping without any shelter.

“It’s amazing to get involved with something to give to others.

“Visiting the camps in Calais was such a rewarding experience for me. I was able to interact with the refugees and volunteer with a lot of likeminded people who were very inspirational.

“The conditions these people are living in are so poor. It really was desperate but I would definitely go over again at some point.

“The support from the staff at the hospital has been great. People have been getting on board with the cause and I want to spread the message about the great work taking place.

“Some people only think of supporting local charities, but there are so many worthy causes also needing support and donations”.

Leigh is actively encouraging people to donate to the cause. To find out more about the charity and how to donate, use this link: http://care4calais.org/