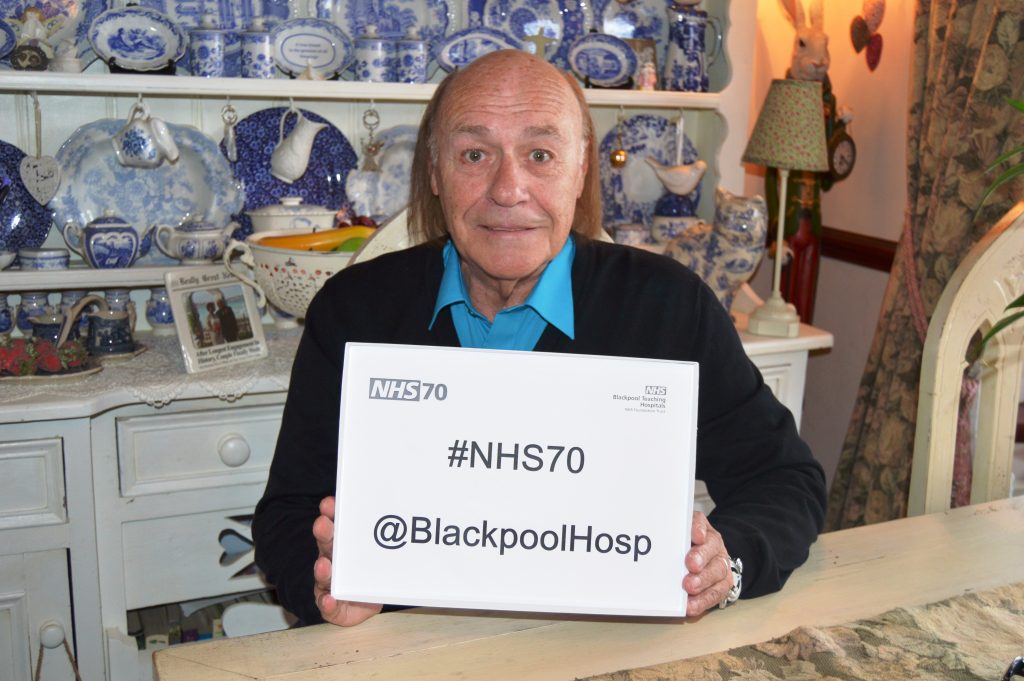 POULTON-based stand-up comic, Mick Miller, is supporting the NHS in its 70th year.

Mick, who appeared in ITV’s Last Laugh in Vegas last night, has praised the national institution as being the envy of the world.

He said: “My family have needed to use the NHS at certain points in our lives and it is a great service to have. What would we do without it?”

Often remembered for his comedy Noddy routine, Mick has a long list of comedy credits and has appeared at the Royal Variety Performance, London Palladium and of course, Las Vegas.

Mick is a long-term supporter of the NHS having opened a Dementia Carers’ Day at Clifton Hospital and even entertaining staff at Blackpool Victoria Hospital’s social club before it was closed.

Mick continued: “I work all around the world and the NHS in the envy of many countries where often, people can’t afford decent healthcare.

“I’m very happy to be included in the NHS70 campaign and wish the NHS a very happy birthday. And here’s to many more.”