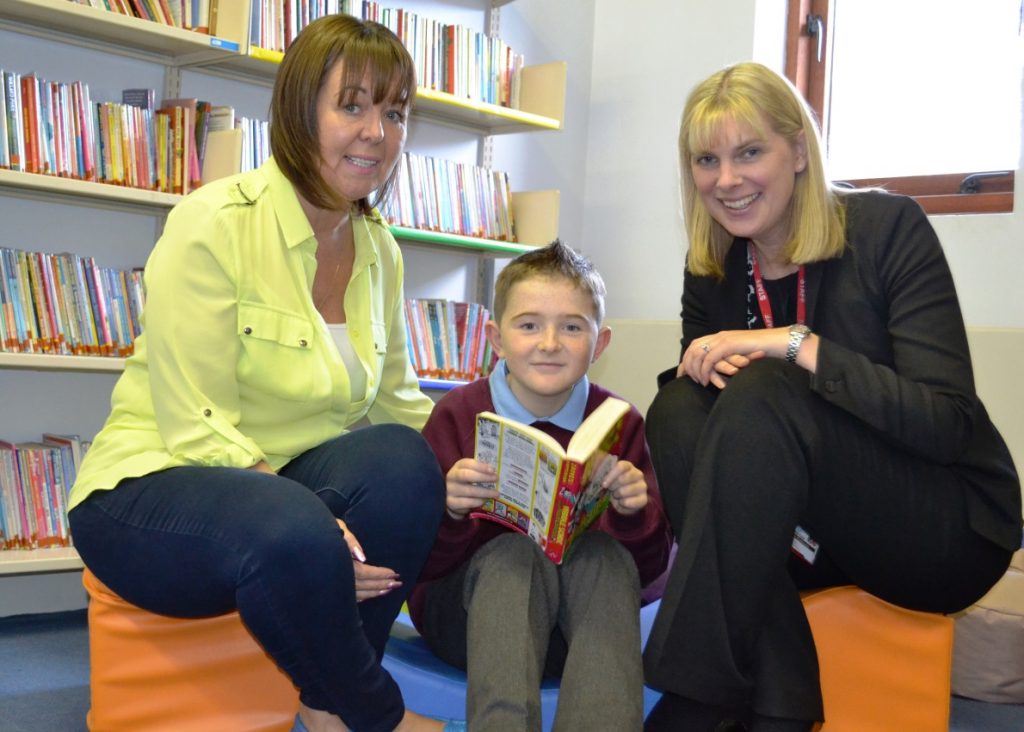 Keane Phillips is a highly intelligent 10-year-old who has become one of Blackpool’s first book millionaires, despite having Aspergers.

Life has not been easy for Keane and his family who have worked tirelessly to ensure the absolute best for their child.

And now mum Kerry and dad Shayne are delighted that Keane has beaten all the odds to excel in a national reading programme.

Keane has become the first child at his Marton primary school to complete the national Million Word Reading Challenge – and he achieved the goal in record time.

Now his school’s assistant principal has praised Keane for being a model pupil.

Mum Kerry explained that health issues had plagued her son from before birth. “We were aware there was a problem with our baby when I was pregnant,” she explained. “A 20 week scan showed he had a cystic lung and we were transferred to St Mary’s Hospital in Manchester.

“When Keane was born we did not know whether he would survive and be able to breath unaided and the hospital had a surgical team standing by ready to operate to remove the lung.”

But when he was born Keane breathed on his own so immediate surgery was not necessary. However, six months later he had to undergo major surgery to remove a third of his left lung.

By 14 months old Keane was starting to talk, but sadly lost the power of speech shortly after.  He went to speech therapy sessions but was not able to form full sentences.

He was referred to Blackpool Victoria Hospital paediatric consultant, Dr Nigel Laycock, who immediately realised that Keane was a very interesting and intelligent child and diagnosed Aspeger’s Syndrome.

“Dr Laycock spent two-and-a-half hours with us explaining everything to us,” said Kerry. “He was amazing and very forward looking. He gave us hope for the future.

“If it was not for Dr Laycock I don’t think Keane would have progressed as well as he has. He has had belief in what Keane could achieve and he has fought his cause throughout.

“Dr Laycock even came to school Special Educational Needs (SENCO) meetings with us and helped us understand what was right for Keane. He had belief in my son and helped the transition into Marton Primary Academy School who have been very good with Keane.”

In February Marton Primary introduced the accelerated learning initiative. The idea behind the challenge is for children to read a novel and then take a comprehension test to ensure they have read and understood the book. If they get six out of 10 questions right they get the word count of that book added to their total – the challenge is to read 1,000,000 words.

Keane became the school’s first millionaire in September having read more than 1,000,000 words and was treated like a king for the day by the school.

His favourite authors include David Walliams, Roald Dahl and JK Rowling and his favourite book is Diary of a Wimpy Kid by Jeff Kinney.

Assistant Principal of Marton Primary Academy and Nursery, Mrs Alice Coyle, praised Keane’s achievement saying: “Keane has fostered a real love of reading. He is such a role model for the school and we are all immensely proud of him.

“We are delighted to see how well Keane has done becoming the first child at the school to achieve millionaire reading status. He did it in a very short period of time which made his achievement even more remarkable.”

Dr Laycock said he was immensely proud of what Keane had achieved. “He has worked really hard on his language skills and this is a testament to his hard work. He has overcome so many barriers and when I hear about success like this it makes my job worthwhile.”

Keane said he was delighted to have become the millionaire king at his school and pledged to get to two million in the near future.

“I wanted to be a footballer before this reading challenge,” Keane said. “But now I want to be an author.”