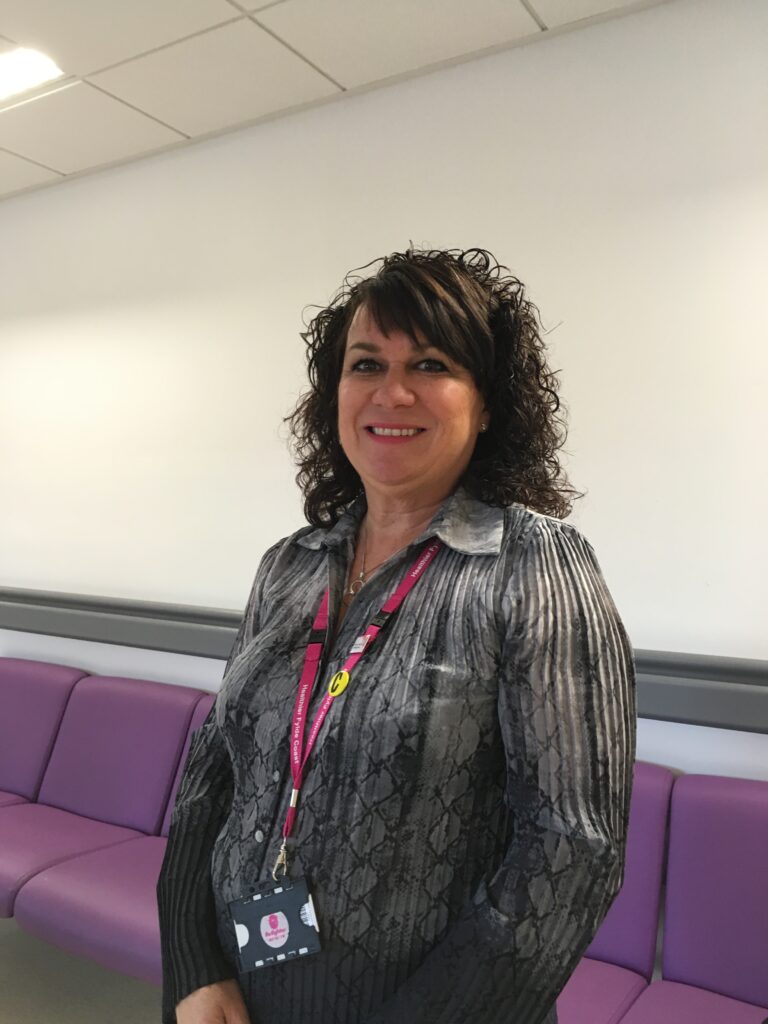 One of Blackpool Teaching Hospital’s most recognisable and well-liked members of staff, Jane Meek, is retiring this week after more than thirty-eight years at the Trust.

Jane said goodbye to her friends and colleagues in an emotional farewell event at the Rendezvous café within HPEC this week after a career that began as a student nurse in March 1983.

Her career in the NHS took her through a wide range of roles, beginning in nurse training, Jane actually lived in Home 15, before moving onto senior nursing roles, becoming a matron in surgery and gynaecology for a number of years. She then went on to manage the families division before moving on to a directorate managerial role in the cardiac division. Later in her career Jane moved into transformational work as an associate director and became head of PMO, she then made the jump to Human Resources, as an associate director, a deputy and then finally operational director of HR.

“It has been a long and fantastic career at this organisation. I’ve had so many career opportunities from people who work here, it has been tremendous,” Jane said.

“I’ve had some fabulous colleagues, some are lifelong friends that I will always keep in touch with and I will always see. I’ve built up some good relationships with people.”

“It was always an ambition to be a nurse, certainly from the latter days at school I knew I wanted to get into nursing.

“I lived in Home 15, which is now the HR block. None of the buildings that are around, like the Cardiac Centre, the surgical block, Phase Four and Phase Five, none of those existed. The estate looks so very different and obviously, the multi-story car park was all new, it was a very different organisation then.

“Treatments for patients have changed too, it was so different then. If you had a heart attack you were in for about 14 days, whereas now you are in and out within a day or two. Clinically it is such a different way to work.”

As a human resources lead, Jane has been working hard to encourage the Blackpool, Fylde and Wyre communities to consider a career in the NHS, and is possibly the perfect example of what can be achieved when you are keen to progress in an organisation like Blackpool Teaching Hospitals.

“I would definitely encourage people to come and work for the NHS,” Jane said. “There are so many opportunities, great career opportunities, but you do need to grasp them. I’ve gone out and found those opportunities for myself and taken advantage of things that have come up and you have got to be open to that and try new things.

“There are some fantastic opportunities and that is what we are trying to encourage in the local population, for people to try and get into healthcare and start working here and forging a career for the future.”

In retirement, Jane will be looking forward to finally marrying her fiancé after a covid postponement and also spending some time with her new baby granddaughter.

Speaking about Jane’s retirement, Kevin Moynes, Director of Human Resources and Organisational Development said: “Jane has been my deputy over the last two-and-a-half years. She has been here 38 years and she has been a great ambassador for Blackpool. She will be greatly missed and she has been a role model for every single behaviour this organisation has.

“I wish her and her family all the best for the future.”