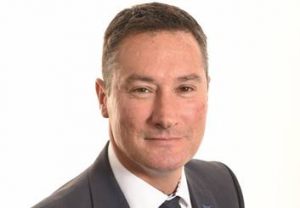 Kevin McGee, Chief Executive of East Lancashire Hospitals NHS Trust, will take over from May 1st with Wendy retiring at the end of April.

The substantive Chief Executive post will be advertised nationally in the next few weeks.

Pearse Butler, Chairman of Blackpool Teaching Hospitals NHS Foundation Trust, said: “We recognise it may take some time to fill the Chief Executive post and then get the candidate in post so we have decided to secure an Interim Chief Executive.

“Kevin is an experienced, well respected and successful Chief Executive and will be with us for up to six months while we recruit to the post full time.

“He will remain Chief Executive and Accountable Officer for East Lancashire Hospitals NHS Trust during this time and I am grateful to the Chairman and Board of East Lancashire for releasing him.’’

Mr Butler added: “I would once again like to thank Wendy for all the work she has done as a senior figure on the Fylde coast over the years she has been here.

“She has been a great servant to the NHS over the 40 years she has worked in the organisation and we all wish her well.’’