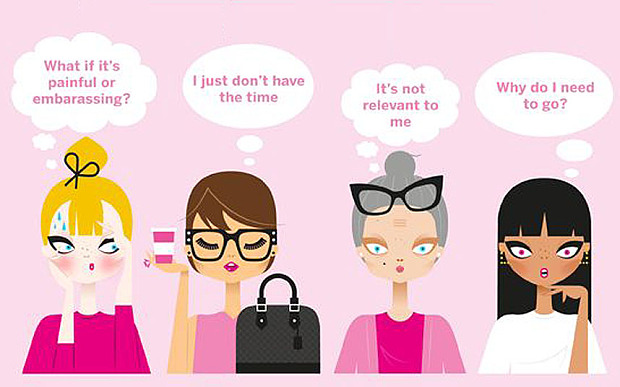 Younger women in particular, are being targeted because they are less likely to take up the offer of a smear test.

Eight women are diagnosed with cervical cancer every day in the UK and it is the most common cancer in women under 35. However, one in three of 25 to 29-year-olds does not take up the offer of a smear test with the uptake falling year on year.

All of the results of smear tests done by GPs on the Fylde coast are processed in Manchester and if a follow-up is needed, women are referred to the Gynaecology Department at Blackpool Victoria Hospital.

Adele Whitehead, Sister on the Gynaecology Day Suite and Gynaecology Outpatients Department, said having a smear test is hugely important as early detection can lead to successful treatment.

Adele explained: “Most women who regularly attend for screening are at a low risk of developing cervical cancer.

“Some younger women who have had the HPV vaccination might think they don’t need a smear test because they are protected but that is not necessarily the case.

“Women who don’t attend are the most vulnerable. You won’t usually have any symptoms so it is only by having a smear test that you would know if there are any abnormalities.”

The gynaecology team at Blackpool Victoria Hospital includes two staff nurses, three healthcare assistants, three consultants and Sister Adele. They see between 40 and 50 women from the Fylde coast and further afield every week.

Adele said: “We do a procedure called a colposcopy to find out if there are any abnormal cells and we also do biopsies. Minor abnormalities are monitored and do not always need treatment.

“The treatment used is called ‘Loop Diathermy’. Abnormal cells are removed after a local anaesthetic is given using a thin wire. Patients are covered and there is privacy and dignity.

“Loop Diathermy is usually done in the clinic but it can also be done under general anaesthetic in an operating theatre if patients prefer.

“A Loop Diathermy treatment is very effective in more than 90 per cent of cases. Attending your follow up appointment is also important.

“If cervical cancer is detected appropriate treatment options are discussed. However, most patients with cervical abnormalities do not have cancer.”

Every year around five million women are invited to attend their smear test. Smear tests are crucial to the eradication of cervical cancer as they can detect abnormal cells on the cervix before they develop into cancer.

Cervical Cancer Prevention Week is running throughout the week of January 25 to 30 and Jo’s Cervical Cancer Trust has relaunched its successful #SmearForSmear campaign to encourage more women to attend screening. 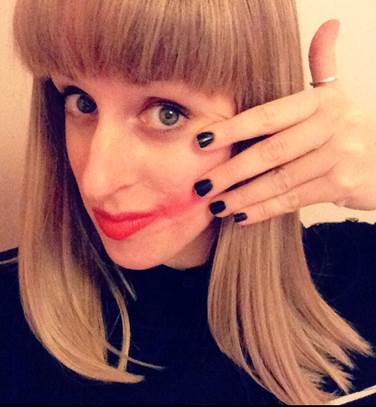 The #SmearforSmear campaign is taking place this week on social media

The Trust is backing this campaign which is encouraging people to smear their lipstick, take a ‘selfie’ photo and share it on social media along with messages about the importance of attending screening and nominating their friends to do the same.