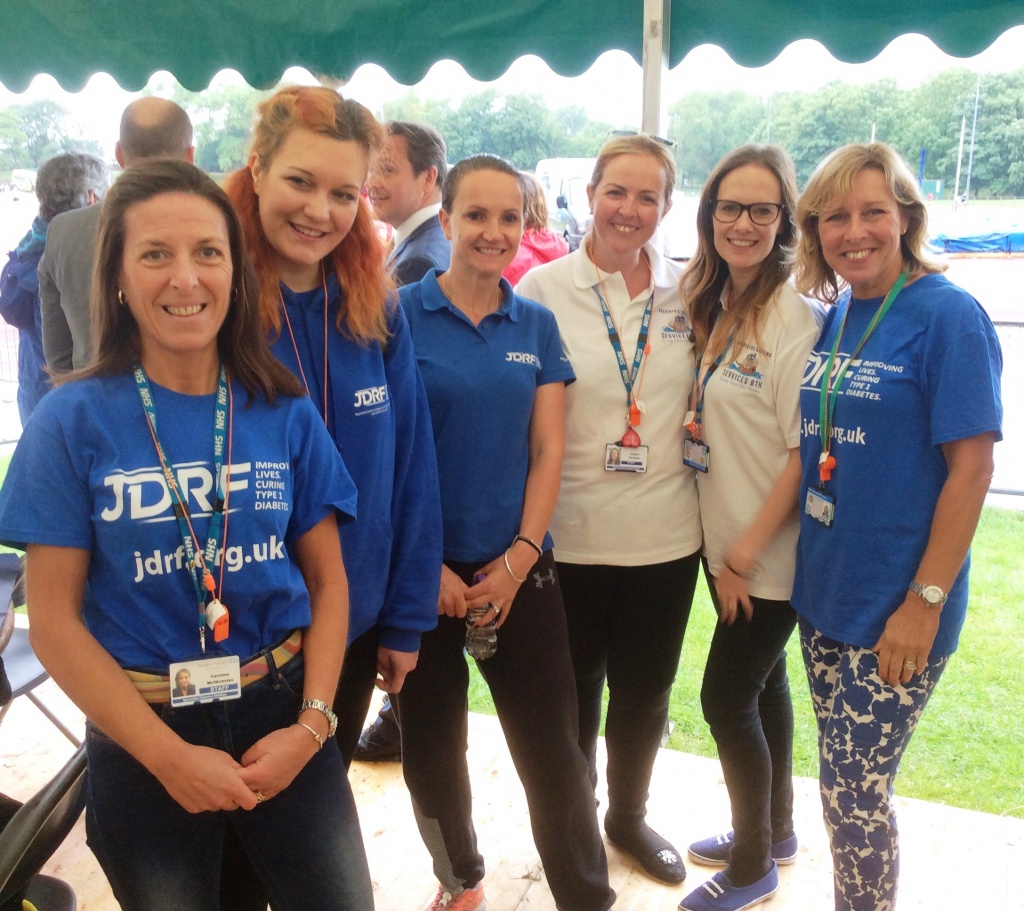 It has been a summer of fundraising and community events for the children’s diabetes team from Blackpool Victoria Hospital.

The events supported by the team included a walk with JDRF (Juvenile Diabetes Research Fund) in Stanley Park in Blackpool on June 11, a golf day with the Bamber family at the De Vere Village Hotel on June 22, Lancashire School Sports Day on July 4 and an abseiling event in aid of the Trust’s charity – Blue Skies Hospitals Fund – on June 21.

Caroline McNicholas, a Dietitian for the Paediatric Diabetes Team at the Trust, said: “These events are all about raising awareness of what is going on around Blackpool in terms of diabetes and that there are organisations and events being held that are trying to raise money for diabetes research.

“As a team we wanted to demonstrate that we are not just doing our jobs working in diabetes – we genuinely do care about what our patients and families are living with. 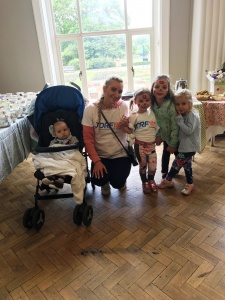 Gabriella Wills, 4, from Poulton, who raised more than £1,000 for JDRF with her family at the Stanley Park event

“Engaging in activities outside the clinical environment and taking our own families along to the walk at Stanley Park helped us to improve communication, build trust and gave us the opportunity to show that we have real empathy and compassion.

“One of our patients – four-year-old Gabriella Wills from Poulton who has type1diabetes – raised more than £1,000 for JDRF.”

The Bamber family, whose son has diabetes, very kindly hosted a golf day at De Vere, to raise money for JDRF.

Caroline said: “The entire Bamber family had various roles and levels of responsibility and were kept busy throughout the day. This was a well-attended event and it was lovely to see that everybody involved enjoyed themselves and at the same time raised a significant amount of money £3,500 for the charity.

“As a team we look after patients with both type 1 and type 2 diabetes but because the majority do have Type 1 diabetes, we wanted to support JDRF as they support research specifically for patients of all ages with type 1 diabetes.

“Type 1 diabetes is an autoimmune condition, which means your body has damaged its own cells. It is nobody’s fault. It is a condition where the body does not produce enough insulin and without it the person can become seriously ill.”

Insulin is produced by the pancreas and it acts like a key that unlocks the body’s cells to let in the glucose (sugar). Glucose gets into the body from the carbohydrate foods we eat.

Although there is no cure for type 1diabetes it can be managed through matching the amount of insulin you take with the carbohydrate food you eat.

Sandra Singleton added: “Being involved with such a huge regional school sporting event has been great, where more than 200 schools were represented.

“We have been able to highlight the needs of children and young people with diabetes, and offer teaching staff valuable training resources.”

“The JDRF North team has worked closely with the Trust’s Paediatric Diabetes Clinic for a number of years and more recently there have been a lot of activities they have collaborated on. 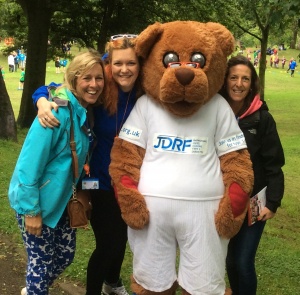 Sandra Singleton and Caroline McNicholas with the JDRF mascot

“The charity hosted a ‘One Walk’ event at Stanley Park in Blackpool in June. We had 86 people join us for the walk, ranging from one-year-olds to 80-year-olds and dogs too.

“We met first in the café and while the kids had their faces painted, families had a chance to catch up. Sandra and Caroline both came along and chatted to their patients and friends. Usually JDRF staff set the walkers off and wait for them at the end, but this time they actually walked with them and had a chance to chat to all the families. The event raised £3,000.”

The Bamber family hosted their annual golf day at Heron’s Reach in Blackpool. Eighteen teams competed and they all enjoyed breakfast before playing and a barbeque at the end.

Jude said: “There was a fantastic atmosphere on the day and a huge raffle at the end. It was a real family affair, with all three of the Bamber children there, helping sell raffle tickets and taking photos from the golf buggy. The day raised more than £3,500 for JDRF and Caroline and Sandra were there, smiling all day and helping sell the raffle tickets.”

The annual Lancashire School Games was hosted at Stanley Park on July 4 and the NHS and JDRF were invited to attend to spread the word about healthy living and type 1 diabetes in schools. Rufus, the charity mascot, was guest of honour, walking around the various sports activities to meet the kids.”

Sandra Singleton added: “Being involved with such a huge regional school sporting event has been great, where over 200 schools were represented.

“We have been able to highlight the needs of children and young people with diabetes, and offer teaching staff valuable training resources.”