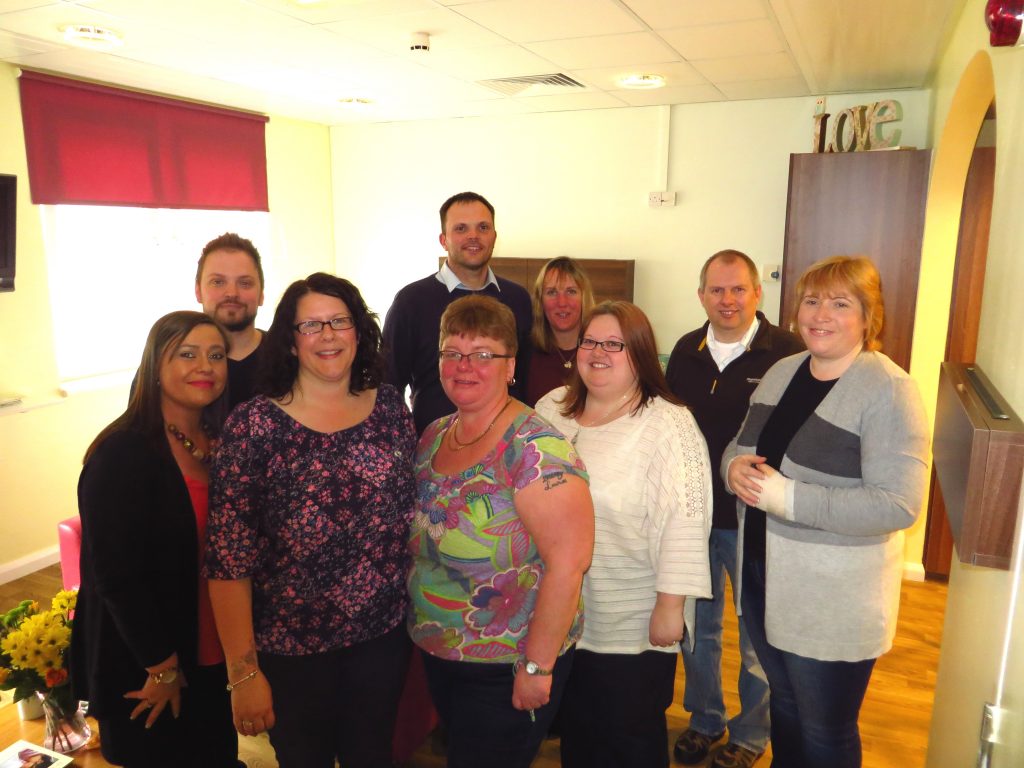 Parents who have experienced baby loss have given a warm welcome to Blackpool Victoria Hospital’s newly refurbished Forget-Me-Not Suite.

Charity workers, parents and members of staff described the refurbished suite as “fabulous”, “homely” and “very comfortable” at a special event at the hospital  on Friday, April 29.

The Forget-Me-Not room in the Delivery Suite of the Women and Children’s Unit, has been redesigned thanks to funds raised by parents, staff and volunteers.

The purpose of the sensitively redesigned room is to ease the trauma faced by women, their partners and family members who need to use it at Blackpool Teaching Hospitals NHS Foundation Trust.

Megan Murray, Bereavement Support Nurse Specialist for the Trust, said: “I am very proud of what everyone has done but I’m more proud of the people who are here today for sharing their ideas.

“The room has been completely enhanced. We welcome the input from the parents and SANDs (Stillbirth and Neonatal Death Charity).

“We would also like to thank the wonderful charity ‘4 Louis’ which generously donated many of the items in the room including the bed frame, the bedding and the cushions.”

Lydia and Paul Collins from Blackpool, who lost their baby Theo in 2015, said the refurbished room had been made much more comfortable for grieving parents.

Lydia and Paul have raised nearly £7,000 in charity funds with help from family, friends, Paul’s workmates at the Department of Work and Pensions (DWP) in Blackpool and Lydia’s colleagues at Buckshaw Primary School in Astley Village in Chorley. Lydia has also raised funds with her friends in the Fylde Netball League.

Lydia said: “We stayed in the Forget-Me-Not room when Theo was born. He was born on a Monday and died on the Wednesday. 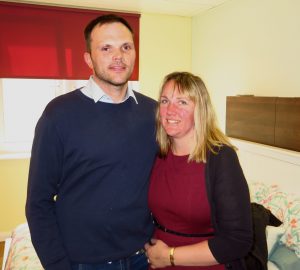 “We moved into the room after that and we stayed an extra week. It wasn’t the most comfortable room at that time because Paul had to sleep on a sofa bed. It’s much more homely now.

“We have done a lot of fundraising since Theo died in August last year.

“Paul has done the Tough Mudder fitness challenge and my school had a ‘Pink and Blue Day’.

“We bought quite a few things for the Forget-Me-Not room and we have given money to the Neonatal Unit, Bereavement Services and the Maternity department at the hospital.”

Paul added: “We wanted to do something positive. A lot has come out of Theo’s death.

“The room is more like a studio flat now. It’s much nicer for parents.”

Lindsay and Jon Dickinson from Thornton, who lost their baby Harry in 2013, have also raised funds for the room.

Lindsay, who works as an art tutor at Blackpool Sixth Form College, said the college helped to raise funds and one of her students, Coral Hopkinson, is creating new artwork for the room.

She said: “Harry was full term when he was born.

“Megan gave us amazing support when we lost Harry. The care was outstanding. I could not have got through it without Megan and her colleagues.

“We have a two-year-old called Ben now. When I was pregnant with Ben I came to the unit at the hospital every day for reassurance. They were amazing with me.

“Jon ran a marathon to raise money and he’s now in training for a half-marathon. He has raised more than £2,500 so far and I’ve raised around £1,000 through the college.” 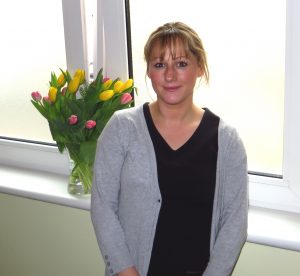 Helen and Martyn Shenton from Cleveleys lost their son Archie in 2013.

Helen said: “When we had our little boy we were in here.

“The room wasn’t bad before but it’s a whole different experience now. It has a very nice feel.

“The staff helped us enormously. They were fantastic with us. We will never forget that.”

Helen and Martyn also have a son called Oliver who is six years old and Lilly who is nearly two years old.

Martyn added: “We could see that the unit needed camera equipment so we donated money so they could buy memory cards.

“We took a lot of photographs with Archie and it has been nice having them as memories.

“We have a couple of small ones of Archie in our living room and we have a lot more that we can look at.

“Archie’s grandparents have been able to see the photographs. It has comforted all of us.” 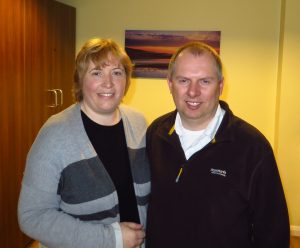 Louise and Chris Pickford from Cheadle Hulme in South Manchester lost their son Noah when they were on a weekend visit to St Annes in 2015.

They have raised £1,700, some of which has been spent on the refurbished suite.

Louise said: “We came for a weekend away and I went into labour.

“Noah was born on Easter Saturday. He was alive when he was born. Nothing could have prepared us for losing him.

“We were in this room. We have had a lot of support from Megan. It has been amazing.

“One of the midwives put us in touch with SANDS. There isn’t a branch of SANDS where we live so we have kept in touch with the Blackpool group. We go to all the SANDS events. It’s nice to take part in the events.

“We would have been in a very different space if it wasn’t for Megan and SANDS.”

Chris, who raised more than £1,000 through his work with Fresenius Kabi, a global health care company, added: “The support we’ve received has been invaluable. The staff are amazing.”

Helen Grimshaw, chairman of SANDS, said: “The room is beautiful – I love it.

“The future for people who come here is just going to be so beautiful.

“It will make it so lovely for people who come to our groups to have been here.

“It’s a rewarding thing to be able to spend money that has been raised on a room like this.

“This room is all about making memories. A room like this goes hand in hand with the wonderful care that members of staff give.

“Stillbirth is a horrible thing to happen but a room like this gives families a space to be together. They can spend as many days as they need to here. Other family members can come here and be with the baby.

“It’s a beautiful room in which to take pictures and to keep them as memories. 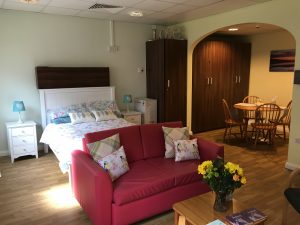 “It’s very emotional because each family is doing it in memory of their baby. It keeps their baby’s memory alive. By doing things for this room, they are creating something incredible for others.

“It’s so inspiring. I can’t thank everyone enough.”

Janet Danson-Smith, Patient Experience Co-ordinator for the Families Division at the Trust, said: “The change in this room is absolutely fantastic.

“It’s so much better. It’s more homely and a less clinical environment. I think it’s wonderful to see what everyone has done.”

Shelley Piper, Head of Maternity and Gynaecology Services for the Trust, said: “I have been to this room a few times over the years and the changes are incredible.

“I’d like to thank everyone for their support – it has been fabulous.”

Pauline Canning, a Newborn and Infant Screening Midwife for the Trust, was also one of the main organisers of improvements to the Forget-Me-Not Suite.

On the day of the official relaunch, the room was blessed by Trust Chaplain, Ian Baxter.

Nicola Parry, Head of Midwifery for the Trust, added: “The room feels fabulous. The support I can feel here in this room is incredible.

“What everyone has done for families in the future is so important. We want to honour and walk with parents.”