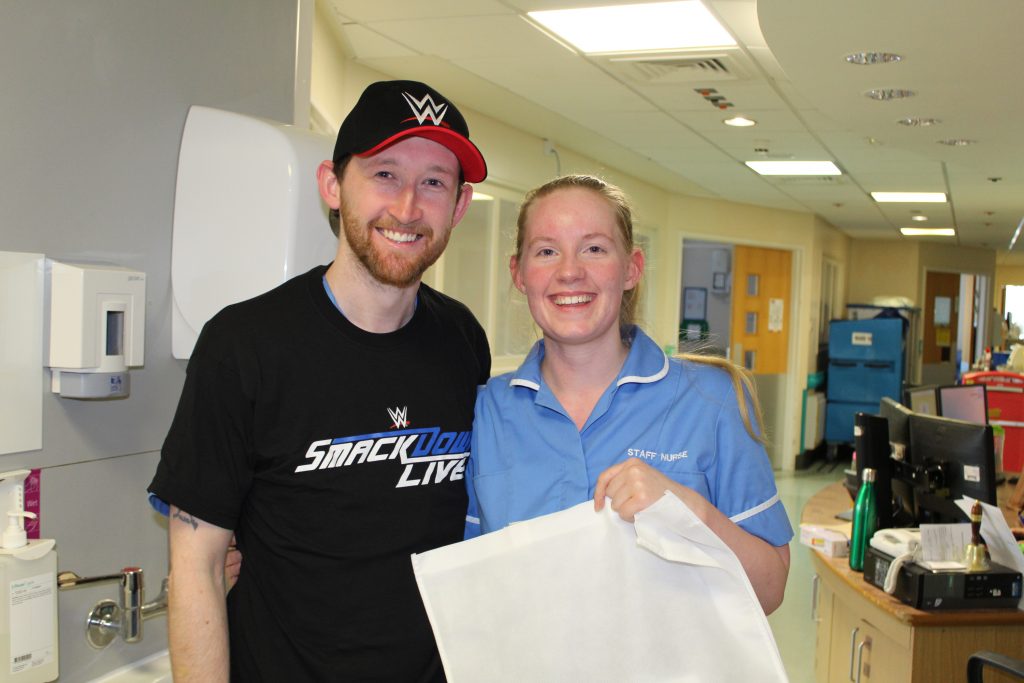 Ross and Danielle with their donation

TWO newly qualified nurses were left grappling with their emotions after being presented with special surprise gifts.

Staff nurses on Ward 18 and AMU, Ross Faulder and Danielle Attwood, are huge wrestling fans and were left on the ropes when their Pastoral Support Coordinator, Christie-Lee Lebon, surprised them with donations from World Wrestling Entertainment (WWE).

Christie-Lee has supported Ross and Danielle since they started at the Trust as qualified nurses and wanted to give them a surprise ahead of the trip to watch the world famous WrestleMania event live in New Orleans.

Christie said: “I knew Ross and Danielle were huge wrestling fans and were traveling out to America to watch WrestleMania.

“I am always looking at different ways to support our nurses and staff at the Trust and do something nice for them. This seemed like a great opportunity!” 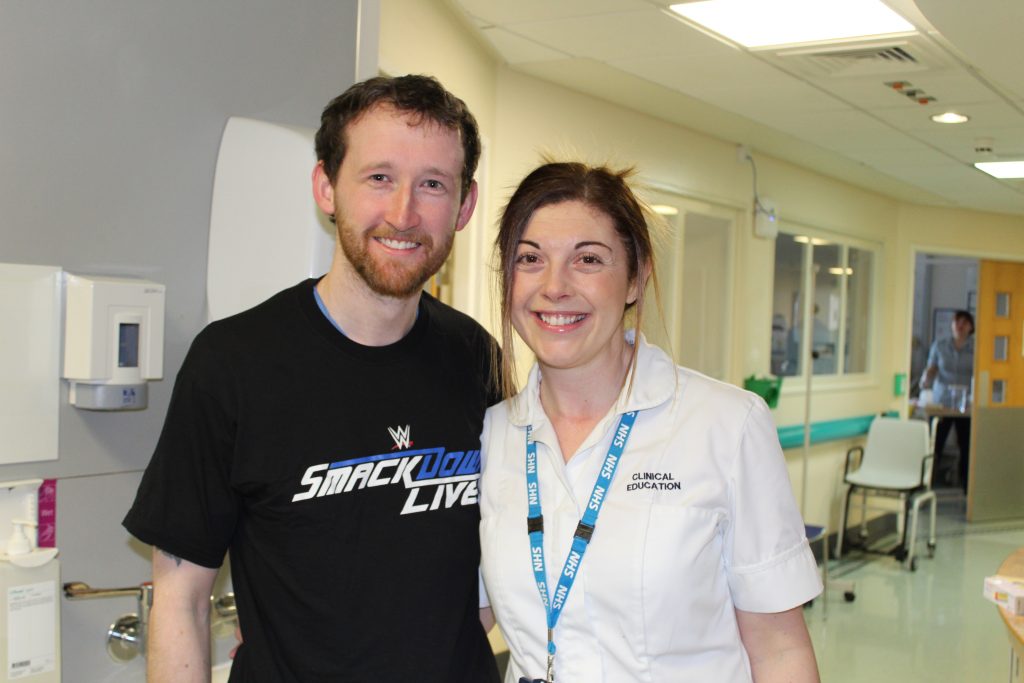 She contacted WWE and explained that the Trust had two dedicated nurses who were huge wrestling fans.

She said: “I asked if Ross and Danielle could have a mention in one of the upcoming shows and a few days later I received a bag of merchandise!

“It was great to receive the donations from such a huge organisation. It was a great way for them to recognise the NHS and the hard working staff!”

Christie-Lee met the pair together and surprised them with the donations just two before they traveled to New Orleans to see their heroes.

Danielle and Ross both stated how grateful they were.

Danielle said: “It was a lovely unexpected surprise. It’s great to receive something so personal to us both, a perfect start to the day!

“We are both very grateful to Christie-Lee for arranging this amazing gift. We are so excited for the show and now have merchandise to wear!”