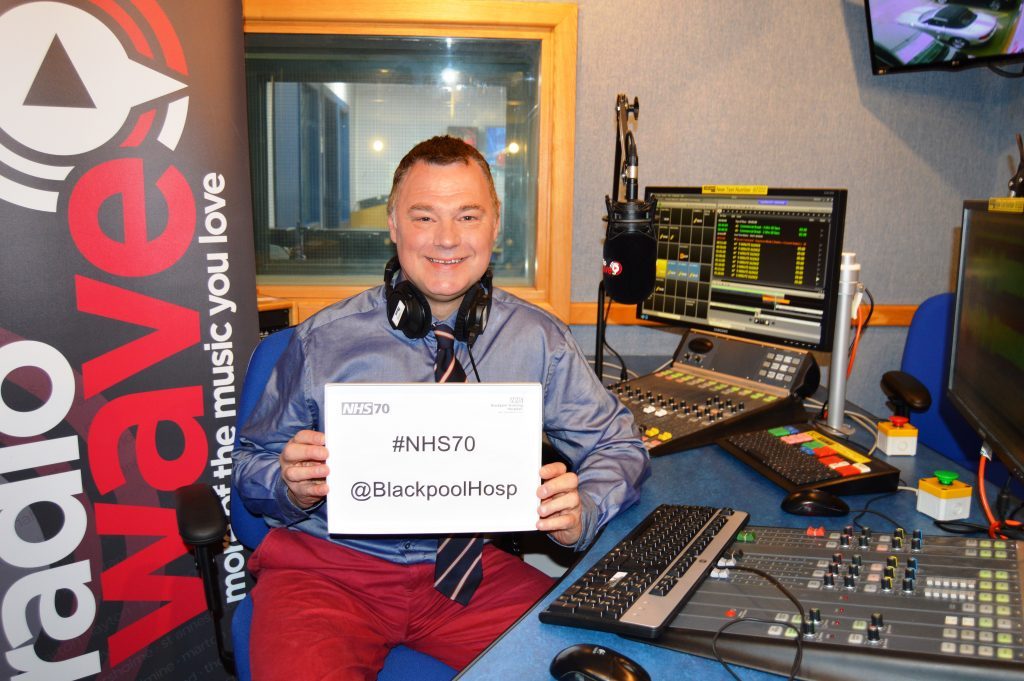 The voice of Blackpool has been reporting a positive story about the NHS.

Radio Wave’s Head of News, Andy Mitchell’s life was saved by the NHS in his teenage years.

He said: “At the back end of my teens I developed a very serious disease which I battled for four years.

“By 1983, the choice was emergency surgery or basically, the end.

“I was completely indebted to the Gastro Unit back in the day as the operation saved my life.

“I started my radio career at the hospital’s radio station, Radio Victoria in 1979 as a 16 year-old.

“The station manager said he would take my programme off me if I didn’t have the operation. That was the ultimate sanction. The next day I was in.’’