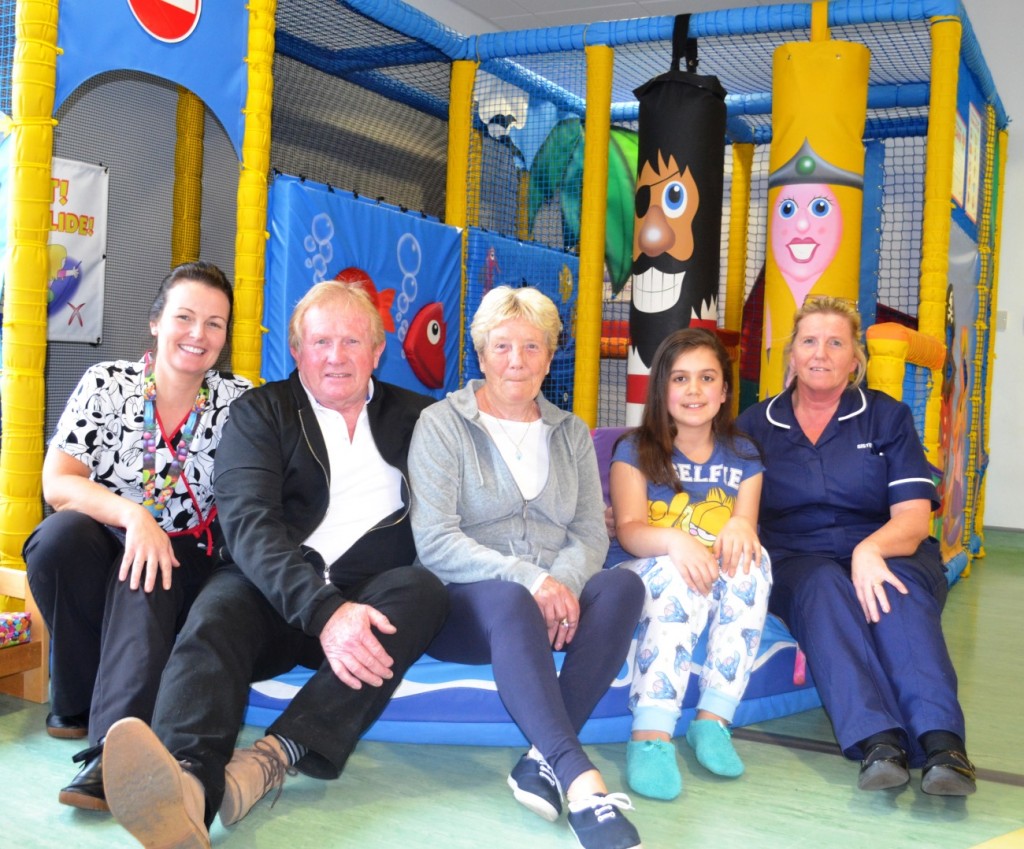 Richard and Linda Rayton have been married for 50 golden years, and celebrated with friends and family at an Italian restaurant in Freckleton while raising funds for a worthy cause.

Instead of being lavished with presents to celebrate their milestone occasion, the couple asked well-wishers to make a donation for Blue Skies Hospitals Fund, the charity for Blackpool Teaching Hospitals NHS Foundation Trust.

They raised a total of £275, which will be spent on a music system for the Children’s Ward Treatment Room at Blackpool Victoria Hospital, which will help put young patients at ease during what can be a stressful time.

Richard, 69, of Avalon Drive, Freckleton, said: “We just thought that asking for donations in lieu of presents would be a nice way to celebrate our Golden wedding.

“We’ve had our children and we have been happy, and if this money can be used to make other children happy then that’s what we want to do. Our daughter, Janette, is a sister on the ward so there was another reason that we wanted to support it.”

The couple’s party was held at Lorenzo’s Restaurant in Freckleton on 19th February. It marked 50 years since their wedding day at Freckleton Church of England.

Richard and Linda, 70, who are also parents to Lorraine and Ian and have five grandchildren, say the secret to their marriage was patience and friendship.

Children’s Ward Play Worker, Rosanne Norman, said: “We are very grateful for Richard and Linda’s kind donation, which will help calm our young patients down as they have having procedures in the treatment room.

“They say music is a great healer, so we’re looking forward to getting this music system thanks to this family’s generosity.”

For further information about this Press Release, please call Rebecca Ferguson, Deputy Head of Fundraising, on 01253 957903 or email rebecca.ferguson@bfwh.nhs.uk.