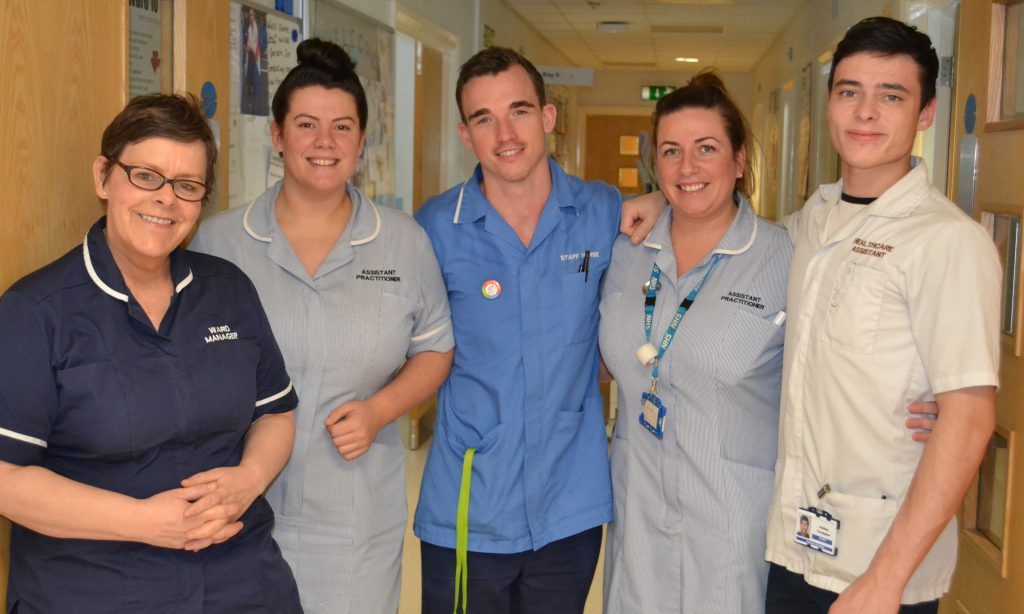 A Blackpool nurse has been pounding the streets to raising money to enhance patient care.

Ward 10 nurse at Blackpool Victoria Hospital, Gareth Burns, has recently completed the New York Marathon and raised £3,000 for the ward who look after patients with respiratory health problems.

Gareth completed the November race in a time of 4hours, 12 minutes.

He said: “I wanted to challenge myself to complete the marathon but also to fundraise for the ward I work on.

“I was so motivated to bring something back to the ward as we are a great team and I love working with patients. It seemed right to fundraise for the ward and the patients I have built rapport with.

“In January I was looking at different marathons and I made an impulsive decision to apply for places in London and New York.

“The chances to get accepted are very slim so I was very shocked to find out in March that I had been selected!

“The plan was for me and my wife, Steph, to fly over to New York as we have always wanted to go there on holiday.

“Steph fell pregnant soon after and her due date was in November which meant she was unable to fly over with me. However some of my colleagues flew out to support me run the marathon.”

Gareth built up his training slowly by running a 5k and then completing four runs a week around his shift pattern.

“It was hard to work around my shifts as I work long hours and training for a marathon takes time. I trained with Nicole Overton who works with me on the ward,” Gareth said.

“My friends and family and the staff on the ward were supportive and helped me so much with my fundraising. We held various events in the hospital to raise the funds and I had a lot of sponsors too.

“It’s fantastic to have raised so much for the ward. It feels like a team effort because of how much the staff helped me. We’re all so close as a team and we support each other as much as possible.

“Fundraising brings the ward together and the patients were getting involved too which was brilliant.

“Thank you to everyone helped me raise the money.”

Ward 10 sister, Eva Keegan, supported Gareth and flew with him to New York.

She said: “I think the difference between ordinary and extraordinary is that little extra. It’s not about being perfect, it’s about effort.

“When you bring that effort to work every single day like Gareth does, that’s when changes happen. We invested a lot of time in planning the fundraising events and ideas out of work.

“Gareth was going home and training after long nights and shift patterns and his baby was due at any moment. When you see people do that, and then you see him finish the marathon in New York, it is truly inspiring.

“That’s when you really feel that trying to breakthrough, pushing yourself and being part of this team is really worth it.’’

Another one of Gareth’s colleagues, Nicole Overton, added: “We were all so overwhelmed with pride when he finished, it was such an amazing experience to share with him.

We are a very close and friendly team and the fundraising allowed us to all work together for the good cause.”

The money raised will be used to enhance patient care on Ward 10 and the team are looking to use the money to fund a quiet room or to purchase some new equipment.

Head of Fundraising at Blackpool Teaching Hospitals NHS Foundation Trust, Kila Redfearn added: “Gareth’s fundraising effort has been fantastic and he has done an incredible job to raise a huge amount of money for the ward.

“We really value all our donations and all our funds go towards enhancing patient care.”