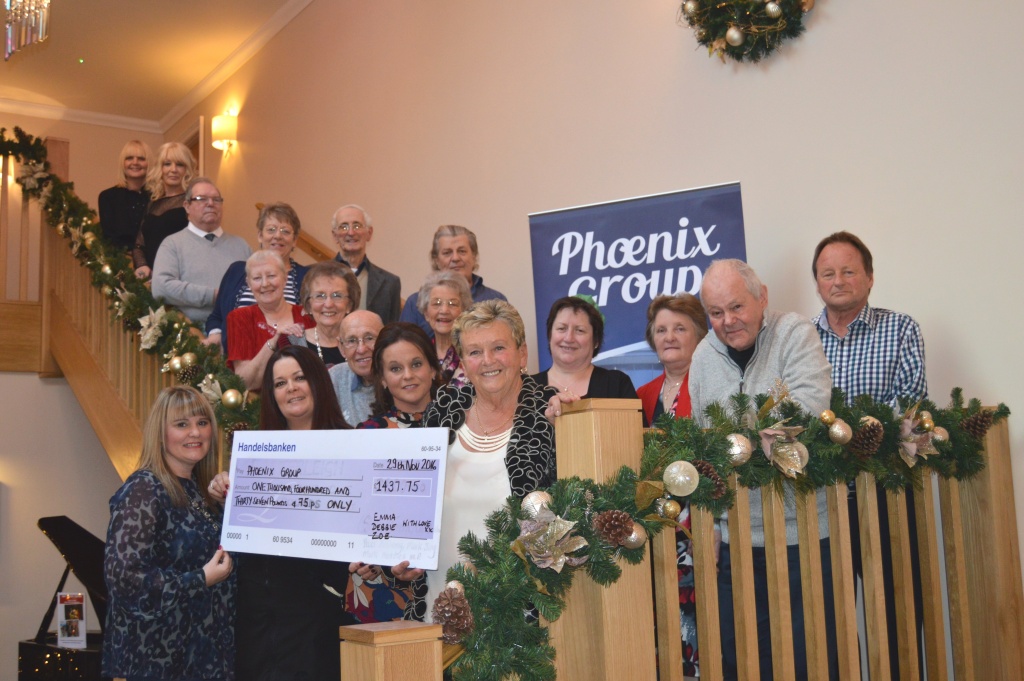 A special Christmas party and presentation was held for members of the Phoenix Bowel Cancer Support Group from Blackpool Victoria Hospital.

Earlier in the year, three friends held a fundraising night at Lytham Green Drive Golf Club and raised £2873.50 for the Phoenix group and the Crohn’s and Colitis UK charity.

The funds were split between the two and the members of the Phoenix group said they were delighted when the money was presented to them at the Christmas party at The Villa in Wrea Green.

The Phoenix group is run by patients and volunteers and meets at 7pm on the first Tuesday of every month in the Macmillan Unit at the hospital.

Emma Oldfield from Kirkham who has Crohn’s disease, Zoe Harrison from Kirkham whose mum is in the Phoenix group and Debbie Malings from Lytham, who has colitis, organised the fundraising event.

Zoe said: “My mum is in the Phoenix group so I wanted to help.

“When I see the way she has helped to change people’s lives, I am so inspired by her. 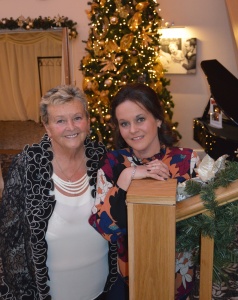 Sandra Peet with her daughter Zoe Harrison at the Christmas party

“Some people who have had bowel cancer lack the confidence to go out. My mum gives them the support they need to get through it.

“My mother in law passed away three years ago and I did a similar event for Trinity Hospice. I wanted to give something back.

“We are amazed at the outcome of our recent event and our sincere thanks must go to everyone who helped us make it such a success.”

Emma said: “With Crohn’s and colitis it can get to a stage where it can turn into bowel cancer.

“That was why it was important for Zoe and her mum to be part of it.

“Everyone was so supportive of our event. It was a wonderful evening and the quiz was hilarious. We would love to do it all again next year.”

Sandra Peet, Chair of the Phoenix group, said: “The money will be used for activities to help give people their confidence back.

“We are not a medical support group – it’s for people who have gone through the same things to share their experiences.

“When I saw everyone dressed up at our Christmas party I was so proud of them.”

Brian Peet, Sandra’s husband and one of the group’s supporters, said: “The event at Lytham Green Golf Club was very much a team effort as Adam Pickervance, John Gallagher and Beth Ackers provided a fabulous evening of entertainment, Fylde Catering supplied a fantastic buffet meal and local businesses gave generously with prizes for the raffle. 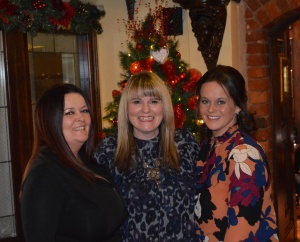 Emma Oldfield from Kirkham who has Crohn’s disease, Debbie Malings from Lytham who has colitis and Zoe Harrison (Sandra Peet’s daughter) from Kirkham at the party for the Bowel Cancer Support Group

“Nearly everyone at the event had been touched in some way or had family affected by colitis, Crohn’s disease or bowel cancer.”

The Phoenix Bowel Cancer Support Group can be contacted on:   www.phoenixgroupbvh.com tel: 01772 683 790 or email: sandrapeet7@aol.com

Please note, this is not a medical helpline. If you have a medical question please contact your doctor or medical advisor.