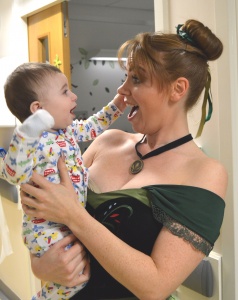 ‘Anna’ with a young patient

Youngsters on the children’s ward at Blackpool Victoria Hospital were wide eyed as characters from Davey Dee Entertainments paid a visit on December 28.

Emma and Davey Adams appeared as characters from the film Frozen and the children loved it.

Emma appeared as ‘Anna’ and Davey was ‘Kristoff’ from the popular Disney movie.

Davey said: “We’ve done this a few times before. We have two kids of our own so we wanted to bring a smile to the children’s faces on the ward. It’s good fun.” 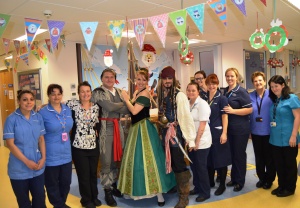 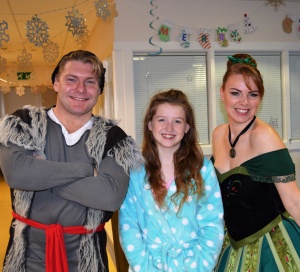 Anna and Kristoff with Tamsin Truman, 13, on the Adolescent Unit