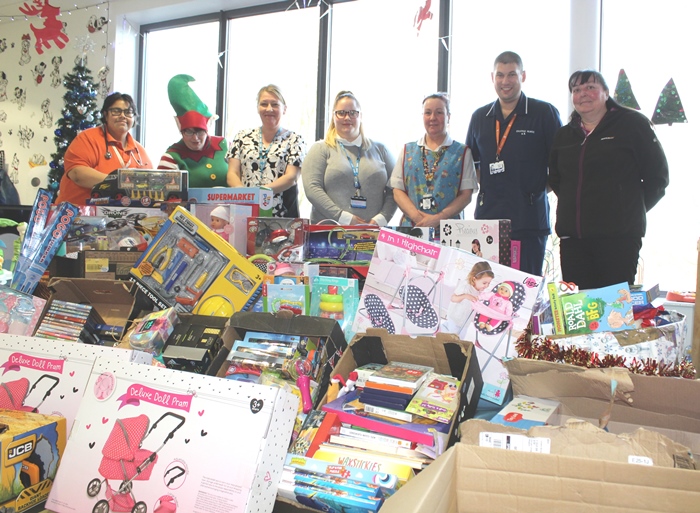 Members of the Facebook group Christmas Toy Appeal for Blackpool Victoria Hospital Children’s Wards have been thanked for an “amazing’’ donation of gifts.
Sue Ridley and Michelle Green from the group visited the children’s ward at the hospital today to hand over dozens of presents for youngsters on the ward and toys for young patients.
They thanked all individuals who helped and business including Asda, TX Maxx and HIT Toys in Fleetwood.
It is the fifth year in succession the group has donated gifts, much to the delight of the hospital.
Play Leader, Teresa Watson, said: “We would like to thank everyone who supported this year’s donation.
“They have collected an amazing number of toys this year which will all be really well received by our young patients.’’