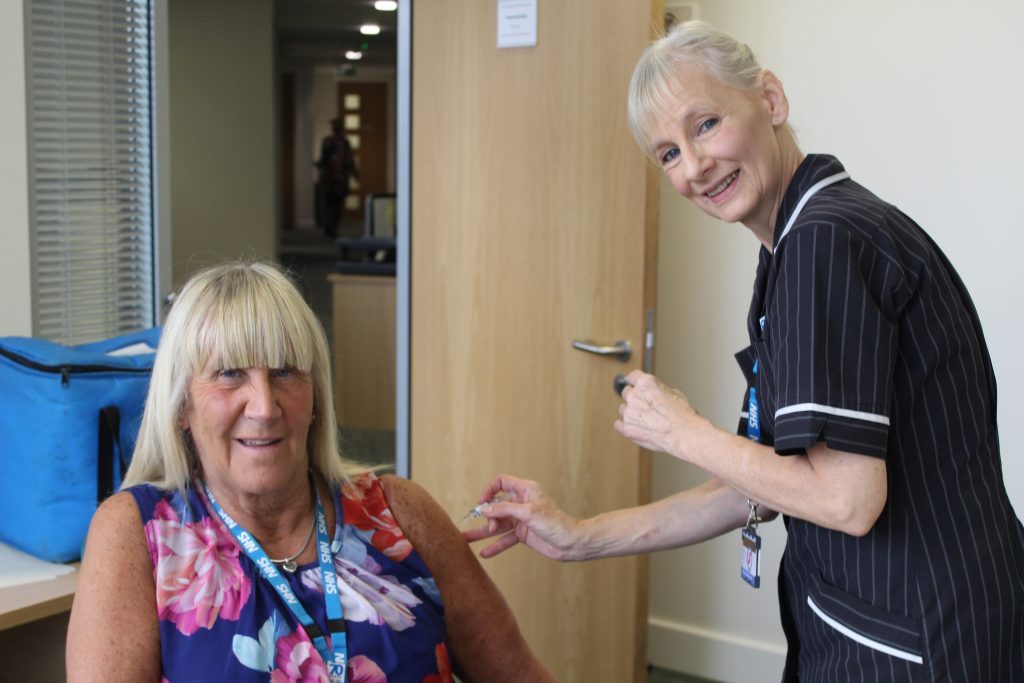 Blackpool Teaching Hospitals NHS Foundation Trust executives have kicked of this year’s flu vaccination season by getting their flu jabs – and they are urging staff to do the same.

Influenza can cause a spectrum of illness ranging from mild to severe, even among people who were previously well.

The impact on the population varies from year to year, depending on how many people are susceptible, any changes to the influenza virus and the severity of the illness caused by the influenza subtype in circulation. The capacity for the virus to mutate/change and the duration of protection from the vaccine (about one season), are the reasons that the vaccine is tailored each year to protect against the most commonly circulating strains and shows why annual vaccination is necessary. 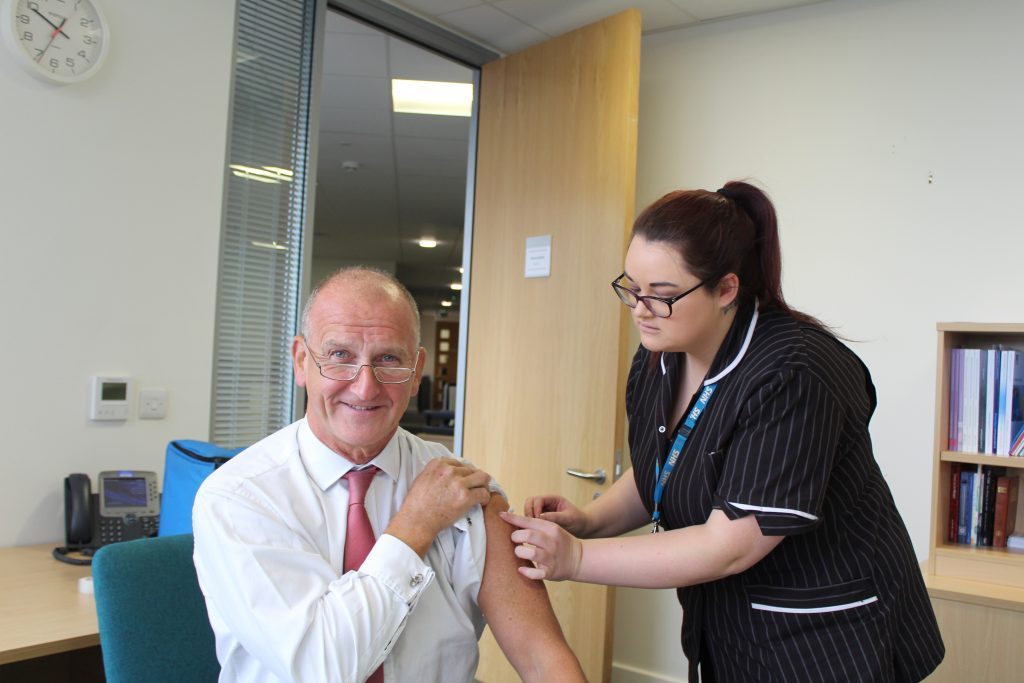 Frontline healthcare workers are more likely to be exposed to the influenza virus, particularly during winter months when some of their patients will be infected. It has been estimated that up to one in four healthcare workers may become infected with influenza during a mild influenza season – a much higher incidence than expected in the general population.

Typically, the elderly, the very young, and people with underlying medical conditions are at a greater risk of suffering severe illness. However, even previously healthy people and the young can develop severe complications from influenza including bronchitis, secondary bacterial pneumonia and, more rarely, meningitis, encephalitis and/or death. Many cases of severe illness were in those aged under 65 years. 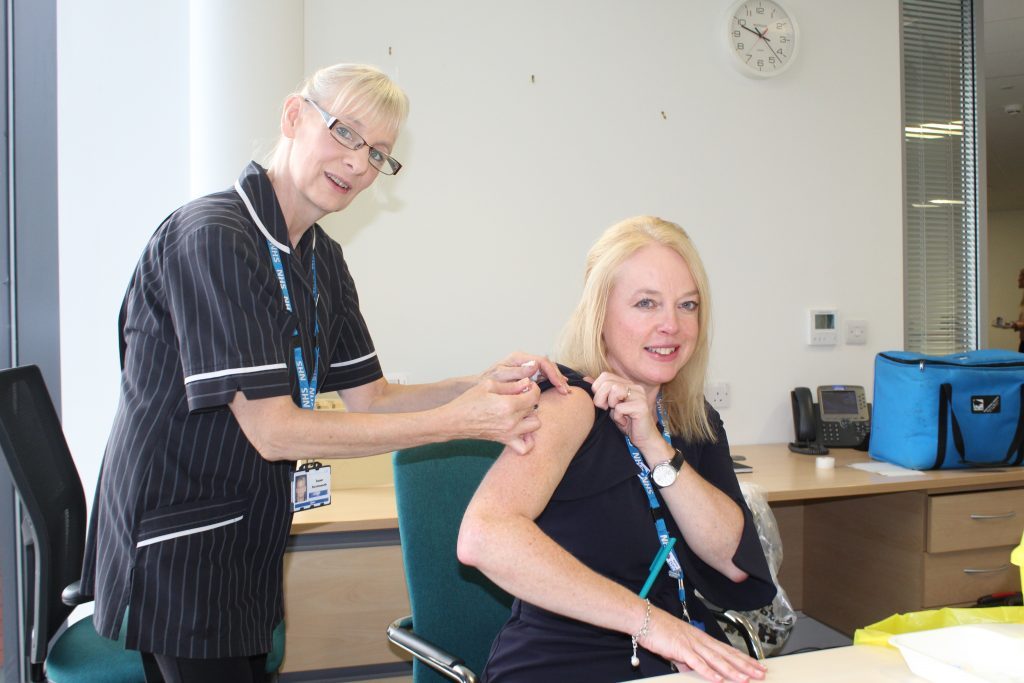 Director of Nursing Marie Thompson gets her jab from Sue Houldsworth

Here are some myth busters about the flu jab:

The flu jab gives you flu

The flu vaccine does not work, I had it and still got flu.

Since introduction, the vaccine has largely
provided good coverage against the flu and is still the best way to fight flu each winter.

The vaccine is not safe

The vaccine is well tested and has an excellent safety record

A healthy diet and vitamin C will prevent flu

Flu is a virus and can affect anyone regardless of how good your immune system is.

Anyone can get flu at any time.

Anyone can be susceptible to flu, those in at risk groups are just at greater risk of more serious complications.

Details of staff flu clinics are published on the Intranet. The annual flu video will be released in due course.

Please consider the risks of having and spreading flu—get your jab!