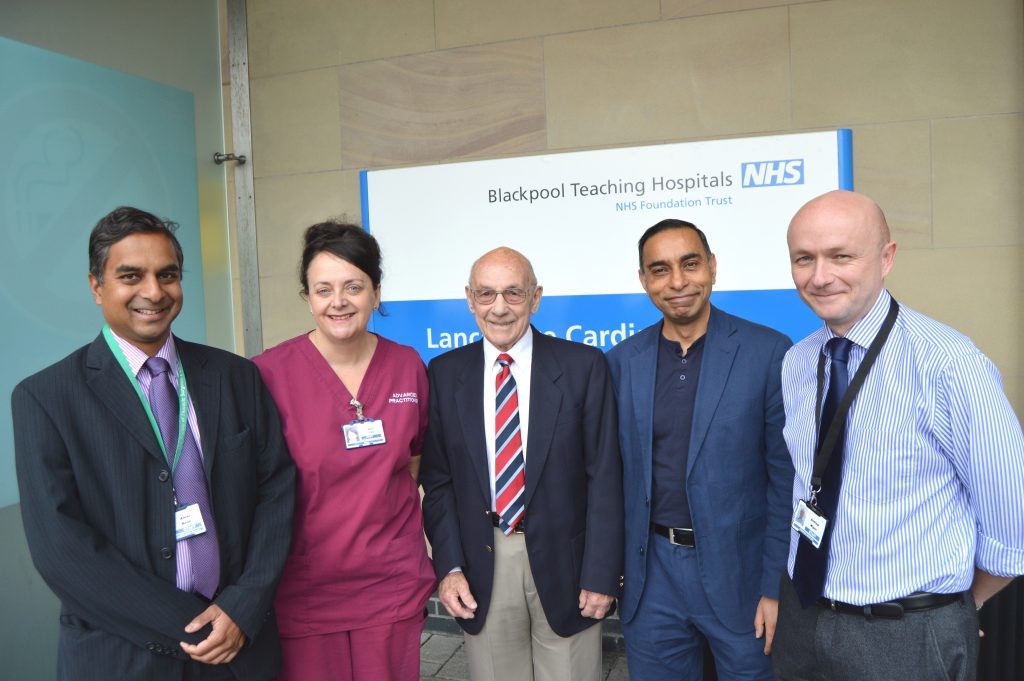 A former RAF Senior Warrant Officer has thanked staff at the Lancashire Cardiac Centre at Blackpool Victoria Hospital by making a generous donation of £500 towards the centre’s work.

Ronald Bosdet, 88, from Carnforth, who served in the RAF for 32 years and was a football coach up until the age of 74, presented the money to the Blue Skies Hospitals Fund – the charity of Blackpool Teaching Hospitals NHS Foundation Trust.

Ronald underwent a procedure called a transcatheter aortic valve implantation (TAVI) in November 2015 and his health has greatly improved since then. TAVI is carried out in a cardiac catheterisation laboratory, also known as a cath lab, and normally takes one to two hours to complete.

Ronald said: “Before my operation I was looking after my wife Iris who is disabled.

“I was doing ok but it was getting difficult. One night, after getting my wife into bed and settling her down, I sat down and couldn’t get my breath. I called an ambulance and was rushed into the Royal Lancaster Infirmary. 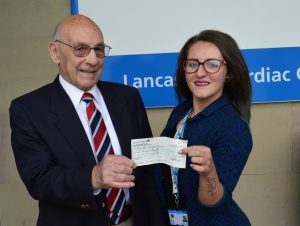 Mr Bose said: “A TAVI can be done under a local anaesthetic. It is a good alternative to an operation.

“It’s being used more and more. We did around 80 this year and will probably do about 100 next year. It is often used in patients where standard surgery would be more risky. It is very pleasing to see that the treatment has been successful.”

Kate said: “My main role has been to follow-up how Ronald is doing. He arrested on the operating table so it is great to see him looking so well now.”

Ronald said: “I was always pulling their legs and the nurses called me ‘Da Do Ron Ron’. We liked to have a laugh and a joke. Everyone was very helpful. I was more worried about my wife than my own health.” 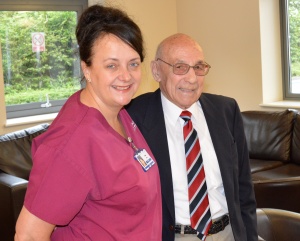 Ronald joined the RAF at the age of 16 and served in Aden, Singapore, Hong Kong and other parts of the world. He worked at Heysham Power Station until he retired and is looking forward to going on holiday this summer. He was a First Responder until recently and has always been a keen golfer.

Ronald’s wife, Iris, 90, lives at The Sands care home in Morecambe. They have been married for 67 years and have a son called Paul, two grandchildren and two great grandchildren.

“I am well enough to go and see Iris every day as well as lead an independent life myself.”

Lauren Codling from the Blue Skies Hospitals Fund said: “We are extremely grateful to Ronald for his generous donation.

“It is very kind of him and his donation will be used to enhance the care provided at the Lancashire Cardiac Centre.” 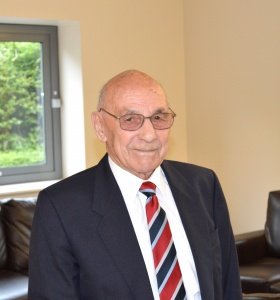