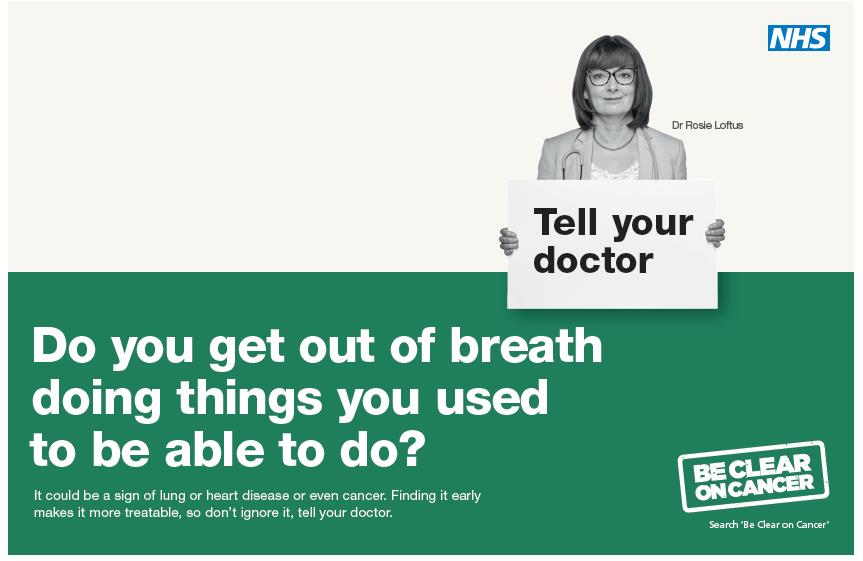 Do you ever get out of breath doing the things you used to be able to do?

If the answer is ‘yes’, doctors on the Fylde coast say it could be a sign of lung disease, heart disease or even cancer.

Medical professionals say identifying conditions early makes them more treatable so anyone who is concerned should consult their GP as soon as possible.

Fylde coast residents are also being urged to see a doctor if they have had a cough for three weeks or more.

The ‘Be Clear on Cancer Respiratory Symptoms’ campaign will run from Thursday, July 14, to October 16, 2016.

Dr Adam Janjua, Chair of the Fylde Coast Cancer Steering Group and a GP in Fleetwood, said: “People who have symptoms such as a cough for more than three weeks, breathlessness or unexplained weight loss, should book an appointment to see their GP.

“Smokers are especially at risk. If you’re in the age bracket above 50 and you have a developed a cough lasting more than three weeks, you need to see your GP.

“A lot of smokers think it might just be a ‘smoker’s cough’ but it is better to err on the side of caution and get such coughs checked out. 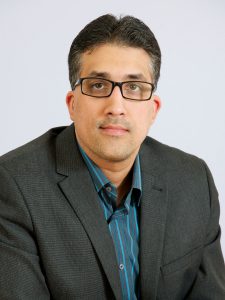 “As Chair of the Fylde Coast Cancer Steering Group, I feel very strongly about this campaign.

“As GPs, we want people to come to see us if they have what we call ‘red flag’ symptoms of cancer – we don’t want people to leave it until it’s too late.

“Lung cancer survival rates are much higher if people come to see us as soon as possible – the earlier the better.

“These symptoms could also be the presentation of early stages of lung or heart disease. Early detection, diagnosis and treatment of these will enable patients to live normal and healthier lives.”

Councillor Amy Cross, Blackpool Council’s Cabinet Member for Reducing Health Inequalities, said: “It’s easy for people to shrug off little things like breathlessness or a persistent cough and hope they go away on their own.

“However, the underlying causes of them could be serious and even life-threatening.

“For the sake of a quick visit to your GP, it’s better to be safe than sorry and it’s completely worth getting yourself checked out.”

One-year survival for lung cancer remains low at 30.3 per cent and latest ‘Routes to Diagnosis’ data indicate that 37 per cent of lung cancers are diagnosed through the emergency routes.

Figures for 2014/15 show that there are just over one million people registered in England with chronic obstructive pulmonary disease (COPD) and around 1.8 million with coronary heart disease.

The campaign is aimed mainly at men and women aged years 50 and over, as well as their family and friends.

People over the age of 50 are most at risk of having undiagnosed respiratory illness and make up 97 per cent of lung cancer diagnoses.

Contact your GP if you have had a cough for three weeks or more, breathlessness or any unexplained respiratory symptoms.